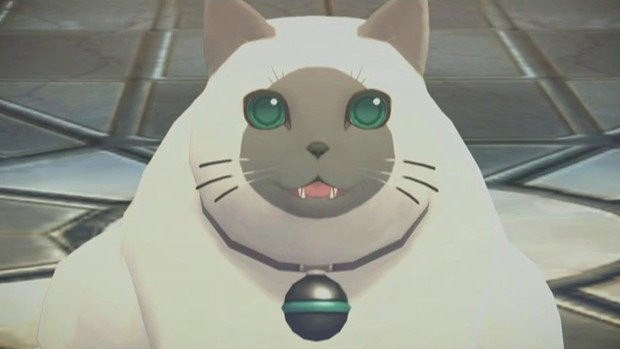 We may not have a Tales of Xilllia preview up on the site yet, but here’s a sequel. Sure. I mean, why not?

I haven’t played many Tales games, but I loved Tales of Destiny and Tales of Symphonia. The games might not have the production values of a Final Fantasy, but their action-based combat and marginally more comprehensive stories are a welcome change in the genre.

Get ready to hear why you should look forward to a sequel of a game that you won’t get until next year anyway. Before you start complaining, just be grateful that you are even getting the first, you filthy JRPG-luvin’ slobs.

If you’ve played a Tales game, then you know what to expect. You should expect a Tales game, I mean. For the uninitiated, that means an epic RPG with an anime aesthetic, fantasy world with light sci-fi elements, and fast-paced combat that relies mostly on mashing buttons. Xillia doesn’t break what doesn’t need to be fixed, but it does bring some new ideas to the series. As with the first Xillia, there is a link system that lets you improve your attacks by keeping one of your four companions in battle close.

The battles restrict movement to a 2D plane, which keeps the action frantic. You can change weapons on the fly, going from swinging a giant hammer to dual pistols. There is also a temporary mode you can enter that will give you more powerful sword attacks for a limited amount of time. No matter what you are doing, though, the game is still pretty mash-friendly. The combat itself is simple, but the game offers a lot of tactical options for your party members that play out like Final Fantasy XII‘s Gambit system.

Tales has never been a series on the cutting edge of a console generations’ graphics, but Xillia 2 is noticeably bland. The environments and player models lack detail and the drawn character portraits in cutscenes and battle aren’t much better. It definitely feels like Namco isn’t taking any risks with this sequel, and comparing it next to Ni no Kuni only makes its dated look and approach more noticeable.

If you are a series fan, you’ll likely dig what Xillia has to offer and be on board for this sequel should it ever come out in the States.