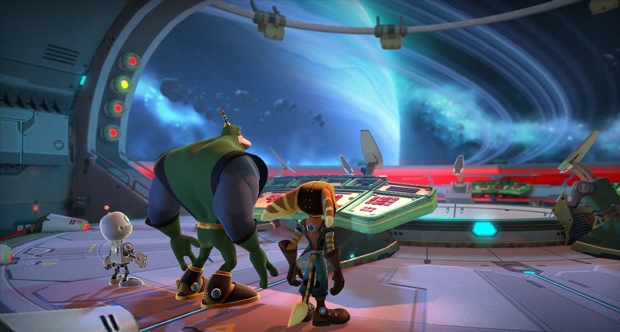 When I read that Ratchet & Clank would gain a traditional third-person entry later this year, I pooped the bed. I literally pooped the bed and you should never poop in the bed. But, after playing the game, I deeply regret this filthy, depraved act of excitement. FFA is just not very good in its current state.

There is room for a series offshoot based around tower defense, but the wide open areas and slow drip of enemies make Ratchet & Clank: Full Frontal Assault a lethargic entry that doesn’t capture the spirit of the original games. When compared to the very similar Orcs Must Die! 2, FFA just seems lame.

Unlocking chests for new guns and looking for bolts is a hassle. When the enemies do come, they offer no challenge with their dumb-as-rocks AI. While Ratchet still feels great with his jet boots, FFA is a graphical step back for the series — understandable since it is a downloadable title but not excusable. As a long-time series fan, I’m finding it hard to get excited for this one. Maybe it’s time I wash those sheets already.

We’ll see if Insomniac turns this ship around when the game arrives later this year for PS Vita and PlayStation 3 (via PlayStation Network).