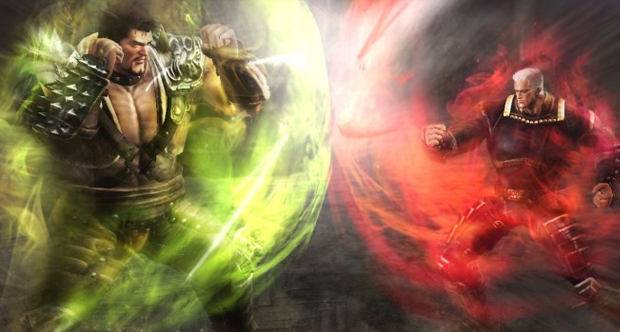 I don’t know much about Fist of the North Star other than it’s very violent. I don’t know much about Dynasty Warriors other than there are a lot of dudes on screen to kill. That being said, Fist of the North Star: Ken’s Rage 2 isn’t very violent nor does it have an astonishing amount of enemies on screen. On the other hand, it is very dumb — the kind of dumb that can be a positive or negative depending on who’s being asked.

Jim Sterling rather enjoyed the first Ken’s Rage, so if you are Jim Sterling you may enjoy this one. I, however, found the limited amount of moves and dumb AI to make for a poor beat-em-up. There is enough to set Ken’s Rage apart from similar Omega Force developed games, such as the ability to evade moves, smaller scale combat, and more attention to narrative (told through in-game cutscenes and manga-style cinematics).

Fist of North Star fans have a lot to look forward to as Fudo, Juda, Shu, Shachi and other allies will be in the game alongside series villains like Jackal, Falco, Colonel, and Devil’s Rebirth. The second half of the demo actually let me play as Falco, who was slow but powerful. It didn’t really do much for me, with the low res textures and repetitive combat but Koei is giving Fist of North Star devotees the type of fan service that anime games rarely receive.