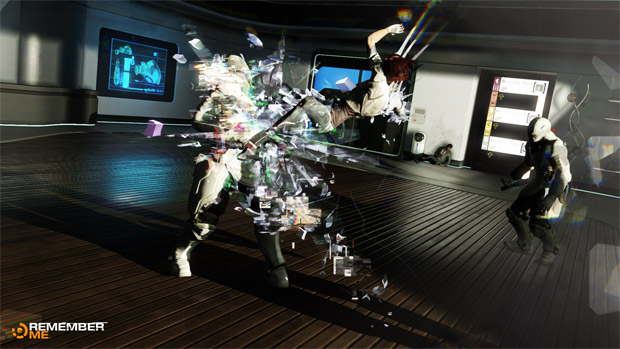 Dontnod Entertainment is trying out some new ideas with Remember Me, and while that’s admirable, I’m worried about how the concepts will pan out in the full game. This new footage delves into the combat, starting right off the bat with intentional visual glitches that indicate the player’s low health.

In theory, that seems potentially neat and fits in with the game’s themes, but I can’t be the only one who finds it distracting and visually unappealing. I suppose that’s the point, though. We’re also shown Remember Me‘s Combo Lab, which is where you create your own combos that offer different benefits, be it health regeneration or sheer power.

While this is another novel idea, I could similarly see it getting old before long. When you’re in the middle of a fight, pausing the action to change your tactics seems like it could potentially kill the pacing. There’s promise to be found here, for sure — I’m just skeptical right now.