Live from the Tokyo Game Show we can confirm two things. The first is that long-delayed Alan Wake exists, as developer Remedy was kind enough to show it to us behind-closed-doors group demo session yesterday. The second is that, as Brad pointed out, there is a helicopter in the game. Allow me to put that second point into a bit of context.

Remedy revealed part of a previously unseen “episode” (the game is structured like a television show, completely with Lost-inspired “previously on” cut-scenes), one in which Wake is being pursued by a police helicopter. Convinced that Alan Wake is to blame for the strange events happening in the rustic town of Bright Falls, FBI Agent Nightengale and his team follow the weapon-less and flashlight-less writer through the thick woods.

Did I say no weapon and no flashlight? Oh no!

Previously in demos of Alan Wake, Remedy had stressed the importance of light, showing us how players use light to fend off the mysterious “dark presence.” By showing us this new area, Remedy wanted to show us another side to the game, one that leaves Wake more vulnerable than we’ve seen him before.

While all sources of light normally allow Wake to combat the darkness (particularly his trusty flashlight), this particular episode has Wake sticking to the shadows. We watched as Wake ducked and dodged police spotlights as sirens wailed and hunt dogs barked in the distance. In one scene, Wake carefully tip-toed below a bridge, above him two officers shining their lights down in an attempt to spot the fugitive.

But Wake had more than human obstacles to deal with. In one particularly thick area of forest,the little light provided by the moon began to darken as the wind began to howl, leaves and trees being blown about. In the distance, a tree cracks and begins to fall, the screams of police ringing in the air. 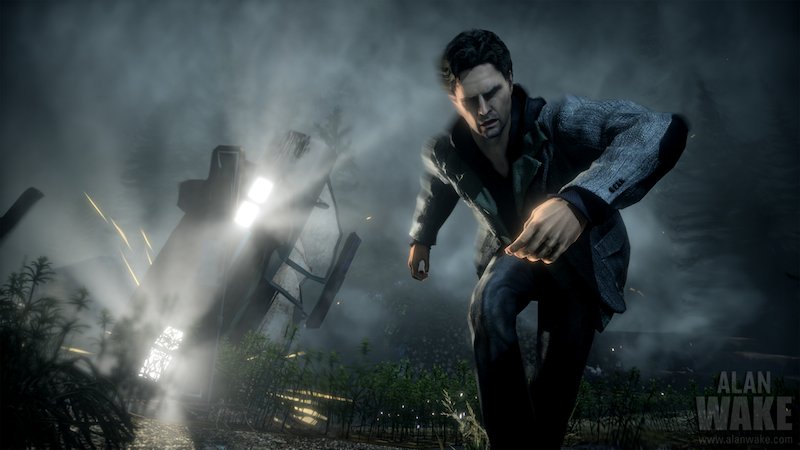 As Wake makes his way to a clearing, a helicopter rises up in front of him, shining its spotlight on Wake who steps back and covers his eyes. The forest becomes more alive than ever, the breeze blows hard, and a swarm of black birds (or was it bats?) appears. The birds move towards the helicopter as it attempts to keep its safe distance, moving quickly away. But the swarm is too quick for the chopper, attacking its spinning blades and causing it to crash towards the ground.

Seemingly safe, Wake has a moment to catch his breath. But it doesn’t last long, as forest begins to come to life as what appears to be the reanimated (or possessed) bodies of police officers crawl out of the darkness. Here is where the demo ends, a cliffhanger that we’re told will be typical of the conclusions of each chapter.

Based on what we’ve seen, Remedy has done an amazing job with the atmosphere of Alan Wake. There’s certainly very few titles (Silent Hill 2 comes to mind) that can bring a recognizable world to life while making it feel completely foreign to the point where the player (or in our case, the observer) is uncomfortably pulled into the game world. 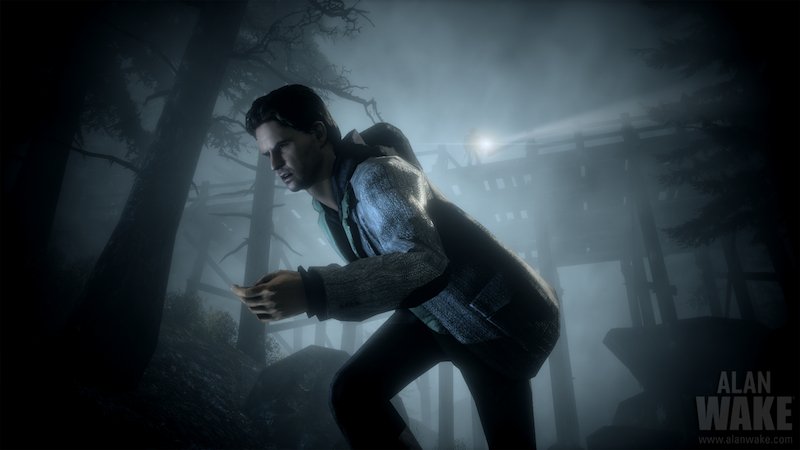 As for the fate of Wake himself, Remedy is doing its best of keeping certain plot points close to its chest. While the game is clearly influenced by shows like Lost and Twin Peaks, the M. Night Shyamalan’s The Sixth Sense comes up in our demo. The point being the success of that particular film is closely tied in with certain plot elements and its twist; giving up too much too early could ruin the experience.

“So what you’re trying to say is that it turns out Alan Wake is dead,” I joked to Remedy.

Or wasn’t it a joke? So far, I’m loving what I’m seeing, and I can’t wait to find out more when Alan Wake ships… sometime next year. Damn, why does everything have to be such a secret?