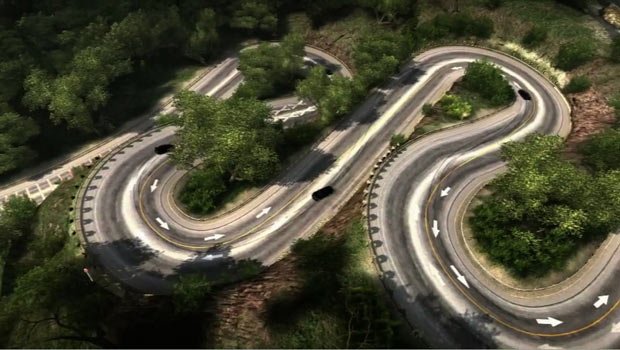 Yes, that’s four downhill hairpins in a row you’re looking at. Fresh from the Tokyo Game Show, this new trailer for Forza Motorsport 3 gives us a look at the game’s Fujimi Kaido course, which makes its long-awaited return to the series when the game is released on October 27th.

Left out after the first game, Fujimi Kaido’s re-addition was announced earlier this week when some new cars were revealed. Having only played Forza 2, I’ve yet to experience this course for myself and I’m hungry for some of what we’re seeing in this video. As was also reported with the last car reveal, drift points are scored throughout the game, so you’ll be getting more out of this track than just the white-knuckle excitement of driving it in the first place.

I finally got a chance to check out the demo on Xbox Live last night and had a blast. It’s already looking better than the second game, and that’s a tall order in itself. Have you guys tried it yet?