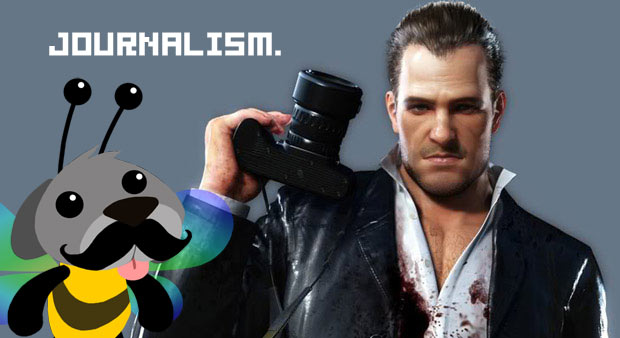 Score one for JOURNALISM. Capcom has officially confirmed today that Frank West will indeed be playable in Tatsunoko Vs Capcom.

Thanks to some naughty snooping a few weeks ago, we already kinda knew that. But I have pictures. And a video. This is our first look at the mighty photojournalist in action, and we get a peek at some of his special attacks, which include a body slam and some baseball bat punishment.

There’s also a shot of Frank up to some kind of mischief with a Servbot helmet, so that should be interesting. Only thing is, he’s kinda … well, funny-looking. But hey, it’s Frank West. I am officially squirming in glee. Check out some screens of the slightly-off star of Dead Rising in the gallery and let us celebrate after the jump.