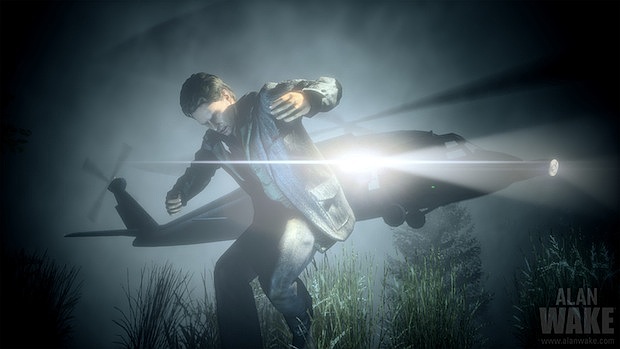 Despite delays, the marketing people at Remedy Entertainment and Microsoft have been pretty good about releasing in-game images of Alan Wake. Tons of oft-delayed titles rarely get this sort of treatment. With most games in Wake’s position, we get the singular “hey, this thing is still happening,” screen or the Duke Nukem Forever 2×2 pixel. But Wake is no Dead Rising 2 or DNF. The stuff below proves that.

Microsoft released these babes for TGS 09. All of them feature a stoic Alan Wake doing something in the dark — stuff like looking backwards, evading a car, and even diving away from a helicopter. There isn’t much to glean other than the fact that there is a helicopter, which is actually big news around here. Day one purchase (and helicopter): confirmed.