As Super Smash Bros. Ultimate soars in sales in the under a year it’s been on the market, it’s getting even more DLC. We have one more “mystery” fighter coming (not today!) down the line for the first Fighter’s Pass, and even more beyond that. Until then, we have Terry Bogard (“Ken with a hat“), who was revealed today by way of a special Nintendo livestream.

Terry, hailing from Fatal Fury and many other franchises like King of Fighters, represents SNK and will bring his full kit from his fighting series. He sports his power wave ground projectile (B, can be done in the air), crack shoot (back+B), burn knuckle charge (forward+B), power dunk (down+B), with options to special cancel or to utilize fighting game command movements for extra power/utility. At 30% HP he gains specials (basically EX/supers) in power geyser and buster wolf (arguably his most iconic move).

Naturally Terry will arrive with his own stage: King of Fighters Stadium. You get a random selection of characters like Ryo, Blue Mary, Tung Fu Ru, Billy Kane, Andy, Yuri, Geese, Rock, Kim, Yamasaki, Athena, Kyo, Iori, Daimon, Chang & Choi, Ralf & Clark, King and Joe. As our own Chris Moyse points out, Leona is conspicuously absent, but given that Andy is the first fighting game character I ever touched, I’m alright (“no Mai, no buy?”). The new music tracks include “pretty much 50 songs,” and you can get a look at the selection below, as well as the Spirit Board encounters.

Mii costume pack number four was also revealed, and includes a host of SNK/Virtua Fighter outfits. Nakoruru (sword),  Ryo (brawler), Iori (brawler), Akira (brawler), Jacky (brawler). Update 6 will allow you to pick “elite only” as an arena type, and will bring Terry into the fray today. Sakurai ended the broadcast by saying “I hope we’ve been able to convey” his value.

With 50-ish songs, I’d say so! That’s going to pay dividends down the line. I even picked up the Sans costume just for the song that was bundled with it. 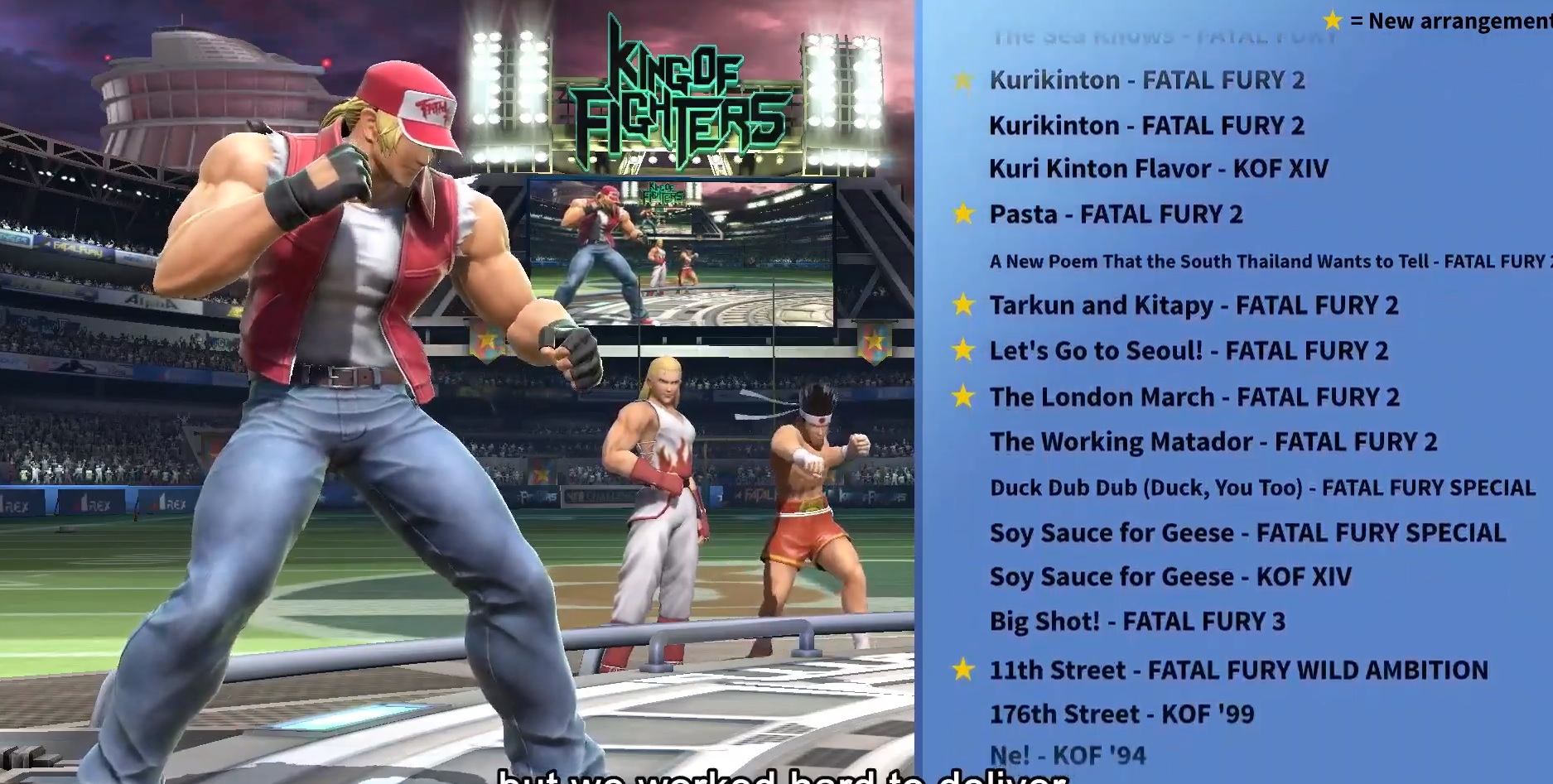