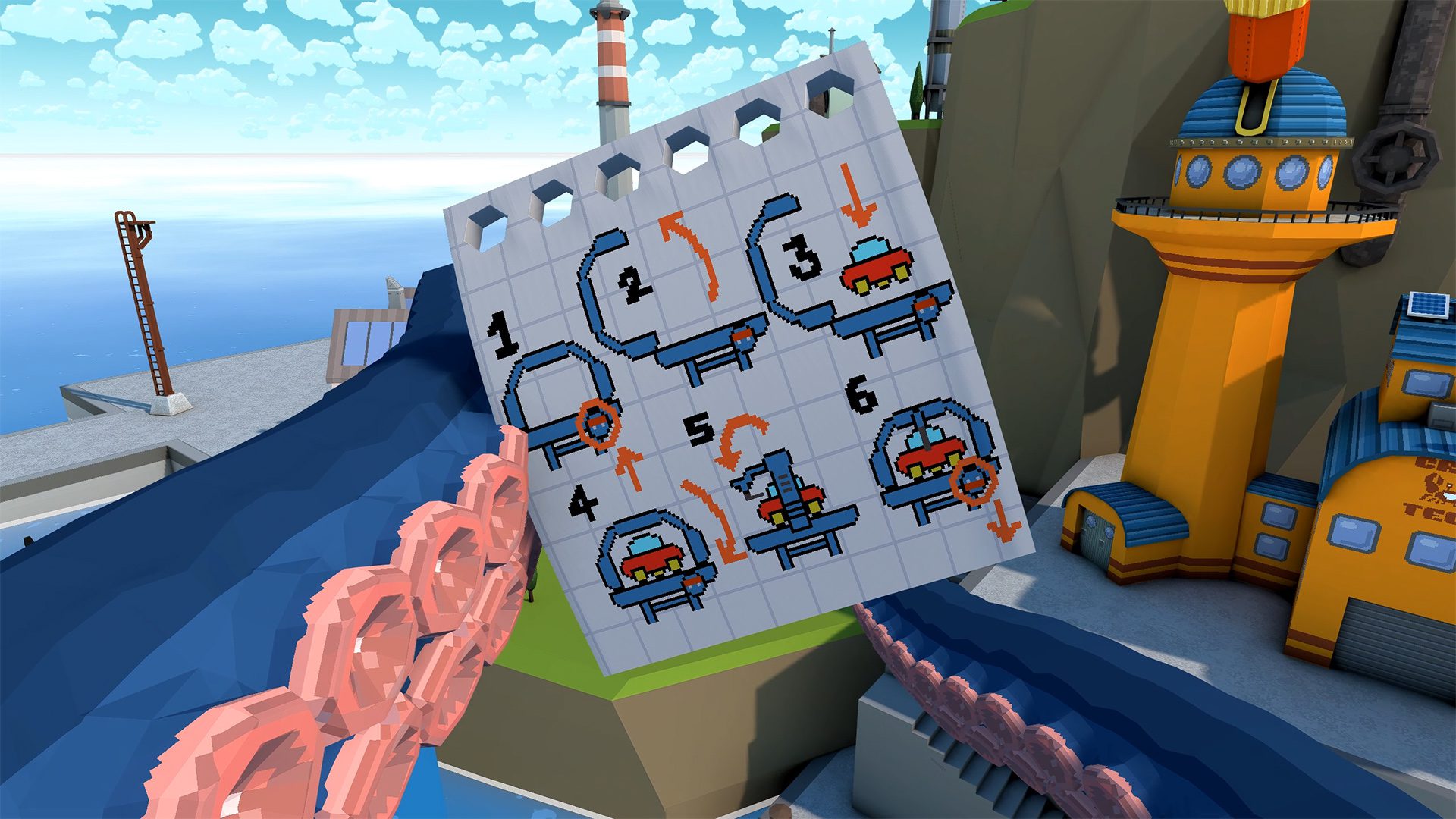 And that creature is you

Devolver Digital and VR are a combination I’m curious to check out, and the publisher is stepping back into the Immersion Zone with a new game that puts you in control of a giant creature with big, meaty tentacles. But instead of rampaging, in Firepunchd Games’ Tentacular, you’re a gentle giant. It’s a pleasant game about a cozy island, in fact.

To anyone who has played indie classic Octodad before, the appeal is clear. Being a well-meaning but out-of-place weirdo is something video games can do really well.

You’ll see the world through the eyes of a towering creature, but what do you, like, actually do? There’s “action” and “construction” gameplay, so it’s a smidge sim-y, which isn’t necessarily what I was expecting at first given the premise and presentation. But it works! As for the story, there’s a reason the Great Tentacled One isn’t out to get people.

As the developers explain on the Steam page for Tentacular:

“Raised among humans on the bustling and eccentric island of La Kalma, the time has finally come to unravel the secrets of your mysterious origin while working as the world’s strongest handyman. Help your human friends to research a strange and an incredibly powerful energy source through a colossal collection of action-based activities and constructions puzzles, using your titanic tentacles to aid your quest for answers and unlock elements for your very own playground in the creative sandbox mode.”

Good VR games don’t bite off more than they can chew (but also aren’t too “tech demo”-esque either). Framing the scope a bit, we can expect “50+ puzzle and action levels.”

Tentacular is coming to Meta Quest and Steam VR (that’s Valve Index, Vive, and Rift as well) in spring 2022. (I hope you read that subheading up top in the style of Hoobastank.)