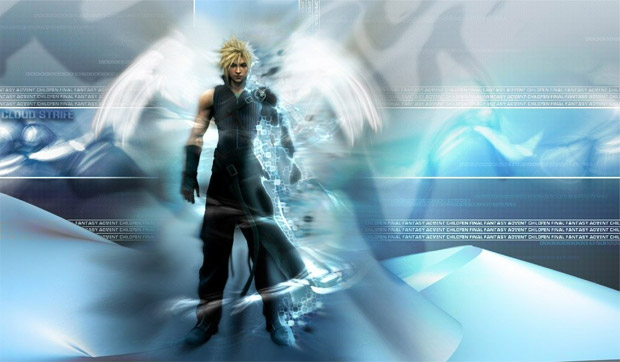 The JRPG is a venerable and well respected genre, having survived almost unchanged for decades and supported by a community of hardcore obsessives that drool over every statistic and sweeping, globe trotting storyline that comes their way. Japanese Role Playing Games were made famous by Square-Enix’s legendary Final Fantasy series, which made turn-based combat, leveling up and epic adventuring a backbone of gaming tradition.

A few weeks ago we gave you the ten golden rules of online gaming where you learned some of the most crucial aspects of broadband multiplayer. Now, we share with you some of the time honored secrets of Japanese Role Playing Games, those bastions of random battles, standard bearers of HP meters, and champions of monsters that carry money for no conceivable reason.

If you’re looking to develop your own JRPG, or are just one of the many devoted genre fans that want to know exactly how they’re made, hit the jump and learn the secrets the world wants to know — the ten golden rules of Japanese RPGs.

It’s common knowledge that nobody needs to identify with the hero of a story to enjoy themselves, in fact, being able to even remotely like the main character is a disaster waiting to happen. If players spent their time caring about whether the in-game avatar lives or dies, they wouldn’t be able to invest valuable brain space in marveling about how pretty the graphics are or how cool everybody’s hair looks.

To write a main character, the process is incredibly simple — just find any Livejournal page that features hot pink text on a black background with Jack Skellington pictures, copy every single blog entry into Wordpad, and then make the hero read it all in a pretend gruff voice with sixty second long dramatic pauses. Bada bing, bada boom — one instant hero, dripping in darkness and oozing mysterious melancholy from every pore.

2: Everybody in the main party has a sword, even if everyone else has guns:

It might not be logical, but this is a genre where steampunk robots can fight purple dragons — sod your bloody logic! Even if the game is set in a dystopian future full of clanking death wagons and engines of wanton destruction, your main party of heroes must always be willing to match their bullets with a flash of cold, hard steel. If you don’t think a skinny emo with a sword is enough to stop a ten story tall walking tank with railguns, missile launchers and a scorpion tail, then you’re an idiot. They did that shit all the time in Vietnam.

For extra realism, try and make the swords ten feet tall, or at least the size of a Shetland pony. Despite their huge size, your girly-armed characters must be able to wield such meaty blades as if they were lighter than swan feathers with helium balloons tied to them. Again, see ‘Nam for historical reference.

3: Your main party of heroes must include at least three (preferably all) of the following:

B. A self-styled lady’s man who has a weakness for drink and women. He is always hilarious.

C. An old timer who might be a little rough on the surface, but has a heart of gold hiding within him.

D. A female who is useless at fighting but can heal up a treat. Is in love with the main character.

E. A female who is intent on proving she is just as tough as men. Is in love with the main character.

F. An easily marketable animal of some kind. Could be in love with the main character, depending on your target audience.

G. A former villain who had a change of heart, possibly due to some newfound respect for his enemies. Over the course of the game, he will learn the true meaning of friendship. Fanboys think he is the best character.

4: Always include a gambling minigame:

Kids love to gamble, and no JRPG world is truly alive until it has a casino of some kind, promoting the risk-and-reward lifestyle that will lead many of our nation’s children down a fun-fueled path of cocaine binges, spousal abuse and prostitution. From card games to roulette wheels, a JRPG needs some way of encouraging that “Daddy needs a new pair of Mithril boots,” mindset from the player.

It doesn’t matter how the minigame takes place, all that matters is that hardcore gambling is encouraged and applauded. If people want the ultimate weapons, well they’re going to have to bet the shirts off their backs for it.

5: Partway through the game, split your party up into forced teams that includes characters the player clearly hasn’t leveled up enough:

Everybody loves that moment in an RPG where all the playable characters are split into two teams and the player is forced to use characters they never wanted to play with, which have now become weak and useless by that point in the game. Some gamers have been known to simultaneously weep, laugh and orgasm with utter rapture at the thought of playing as Tootles McShitty who is still at Level 3 and has his beginning weapon.

A few oddballs are prone to complaints about this fantastic gaming innovation, but they are heretics and possibly murderers so must be ignored. If they didn’t level up every single character in preperation for something like this happening, then it’s their fault — it’s a JRPG, so they have only themselves to blame for not expecting to have to finally play as the whiny kid who screams “Alright,” in a high pitched voice whenever he gets the killing blow in a battle.

A. A close friend or ally who has turned traitor in a shocking twist that you didn’t see coming within three seconds of setting eyes on the smirking prick. He might be a mentor to the main hero, or a friendly rival, but either way, his unorthodox methods and shirking of authority will provide no clues to his completely unforeseeable betrayal.

B. An ancient evil that has been sealed away long ago. Evils are always ancient, and are never killed like they should be. Instead, some bearded old fools locked it up in a mirror or a tree or something — y’know, a really secure place.

C. Someone who randomly and suddenly replaces the guy you thought was the actual main villain. You’ll spend hours waiting to fight the main baddie, only to find he was little more than a sub-villain for the main event. It is always surprising when this happens.

Just like in real life, other people in RPGs are nothing but drooling morons with only myopic and worthless things to say, and they’ll say those things over and over again. The best part is, even though it’s clear that in a town full of wandering NPCs, the only relevant people are the ones running the Inn and the Weapon Shop, the player is still compelled to wander up to each one to  hear about how some jackass loves the smell of freshly baked cookies or how they’re expecting their husband home any minute (a minute that lasts until the end of time, it would seem).

Freeze framed in their own never ending moments of eternal stupidity, NPCs should always be the kinds of people you just want to punch in the face until both of you are bleeding.

8: NPCs never lock their doors and let you wander around their homes:

NPCs are so interested in telling you about their love of freshly baked cookies that they don’t even care that you burst into their homes uninvited and subsequently trod soil and dragon blood into their carpets. They’ll happily stand there, grinning like complete and utter mongoloids, thinking about their one asinine train of thought while you walk all over private property, opening cupboards and helping yourself to whatever cash and potions they might possess.

9: Never ever question why the world’s global economy isn’t in tatters when a man can’t step foot outside his home town without being attacked by monsters:

10: The last dungeon requires so much level grinding that the player’s fingers wear down to thimbles:

No JRPG can truly call itself complete without having an end dungeon packed so full of the toughest monsters that it requires an additional twenty hours of “gameplay” just to get through the first screen. When the final furlong approaches, the game technically screeches to a halt, and what ensues is a magical new game where one runs around the same spot in circles, then presses attack a lot, and then runs around in circles again. For days.

The reason why this is necessary is because of the point of all RPGs — to accumulate so much power, to be so incredibly strong, and to possess so many ultimate weapons, that the final boss is pathetically crushed within two minutes, reducing the past several days of repetitive labor and hard work into something that doesn’t even last as long as most wanks.

While this pitiful whimper of an ending could help the player question why he’s wasting his life, this is never the result. He just goes out and buys something NIS made so they can get to level 9999.