As a big Fables fan, I’m pretty happy, if not relieved, that The Wolf Among Us looked great based on my hands-on time with the game. Adaptations of other mediums into games tend to be as bad as adaptations of games into movies, yet Telltale pulled it off again after its successful run with The Walking Dead.

I spoke with lead writer of The Wolf Among Us, Pierre Shorette, and he shared with us how they’re going about appealing to a wide audience with their story. There’s also the fact that they haven’t actually finished writing out season one of the Fables tale yet. 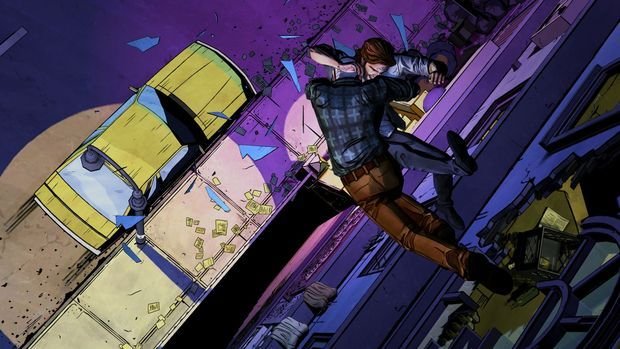 The Walking Dead game did great, and a lot of that momentum came from the stellar comic series. That, and the television show has been extremely successful. People also know more or less what to expect when it comes to dealing with a zombie setting. Although arguably Robert Kirkman has raised that bar on how to tell a great zombie story.

So what about non-Fables fans? How do you go about appealing to an audience with a setting involving these well-known but separate fictional characters all living together?

“It’s definitely something that we’ve been conscious about,” Pierre told me. “With The Walking Dead, you say ‘Oh it’s a story in the zombie universe.’ Most people actually know the rules of a zombie universe already.

“Our job, at least in the writing department, was to make sure we kept people feeling comfortable with the world [of The Wolf Among Us] as the story progresses, as opposed to just dumping a box of [story] into your lap to start the game. I think the fact that it’s grounded in something that people understand, which is just a murder mystery — I think that’s sort of the bait to pull you in, and then the rest of the world opens up from that.

“And hopefully just the grit, and realistic sort of adult take we have with the story is something that we can offer that other versions of this kind of story can’t. Like the Once Upon a Time or Grimm of the world, they can only do so much on network TV. We can take it to a different place than they’re able to, which I hope appeals to Walking Dead fans.” 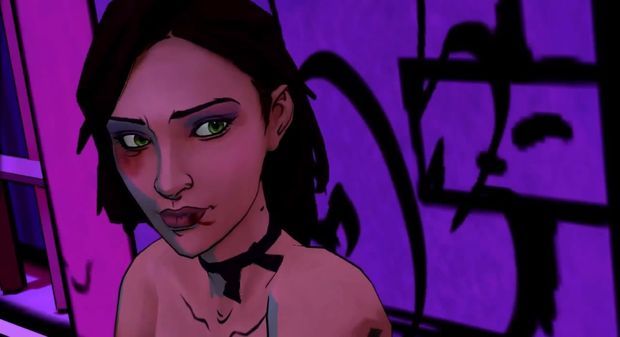 The core mechanic of you being able to choose how to interact and proceed with people is back of course, and in a slightly improved way. Multiple choices come in, well, multiple ways this time around, and I can’t image how difficult of a task it is to write out a story with so many different variations.

“It’s a lot of just breaking your brain,” Pierre told me, right after he put his hands to his head as he mimicked the sound of an explosion with his voice.

“We can’t build ten games,” Pierre went on. “There are production limitations that are at least on the very end of the spectrum that you have to butt up against. But you also want to make it feel like a really customized experience. The toughest part is making sure that it all feels good, there’s no ‘this is the best playthrough.’ I really feel confident that they all sort of feel good in their own way.

“A lot of it is just gaming it out, even in the written phase. Where you play through it multiple ways to make sure that the scenes don’t break when the story converges back.”

Pierre and the team are adamant about making the choices players pick feel organic, which is no easy task. At the same time, the team at Telltale takes fan feedback very seriously as they told me “it’s not just their game, but the fan’s game.”

The team is wrapping up production, and once Episode One: Faith ships, they’ll be able to bring out subsequent episodes (planned into 2014) at a faster rate as they’ll no longer have to worry about the underlying technology. They’ll also be looking to see what fans have to say about the first episode, and the feedback will effect future installments.

Telltale is “still exploring” how the story continues on, to the point where the conclusion hasn’t been locked down yet. The studio has a “we’ll do it live!” mentality with its games, and it’s something Telltale has done in the past with a number of titles including The Walking Dead. For instance, Duck’s character was more fleshed out thanks to how fans reacted to the unfortunate little boy.

The Wolf Among Us will be out within the next couple of months, and how it continue the story will depend on your feedback. I know I’ll definitely be voicing my opinion, although it’ll mostly be me demanding Telltale to let us play as Bigby in his true wolf form and wielding his power to huff and puff things down.