The sudden surge of rainbow Twitter icons can only mean one thing: corporate America is ready to co-opt Pride Month. As we continue the stupid fight over kink at parades, the LGBTQ+ community can expect a full month of pandering and rainbow products, starting today with some goodies from Xbox. The brand announced it’s added some Pride-ified items to the Xbox Gear Shop, and for the entire month of June, it’s giving away the adventure game Tell Me Why free for Pride.

Developed by DontNod Entertainment, Tell Me Why tells the story of Tyler and Alyson Ronan, who travel to their hometown in Alaska to investigate the death of their mother. The game garnered significant attention when it was announced that Tyler is a transgender man. DontNod worked with organizations like GLAAD to ensure an authentic portrayal of his character.

Pride is also invading a few Xbox games. A pride flag livery is available in Forza Motorsport 7 and Forza Horizon 4 and a Pride-themed nameplate can be yours in Halo: The Master Chief Collection. There is a new Pride theme you can download as well and new Pride gamerpics. Microsoft is also donating $150,000 to LGBTQ+ non-profits.

Finally, Xbox also created a new Pride-themed Xbox Wireless Controller you can see pictured below. Unfortunately, you won’t find that on store shelves. The controller was only made available to key influencers and certain members of the gaming media. I’ll certainly download Tell Me Why if it’s free for Pride, but hot damn, I would pay good money for that controller. 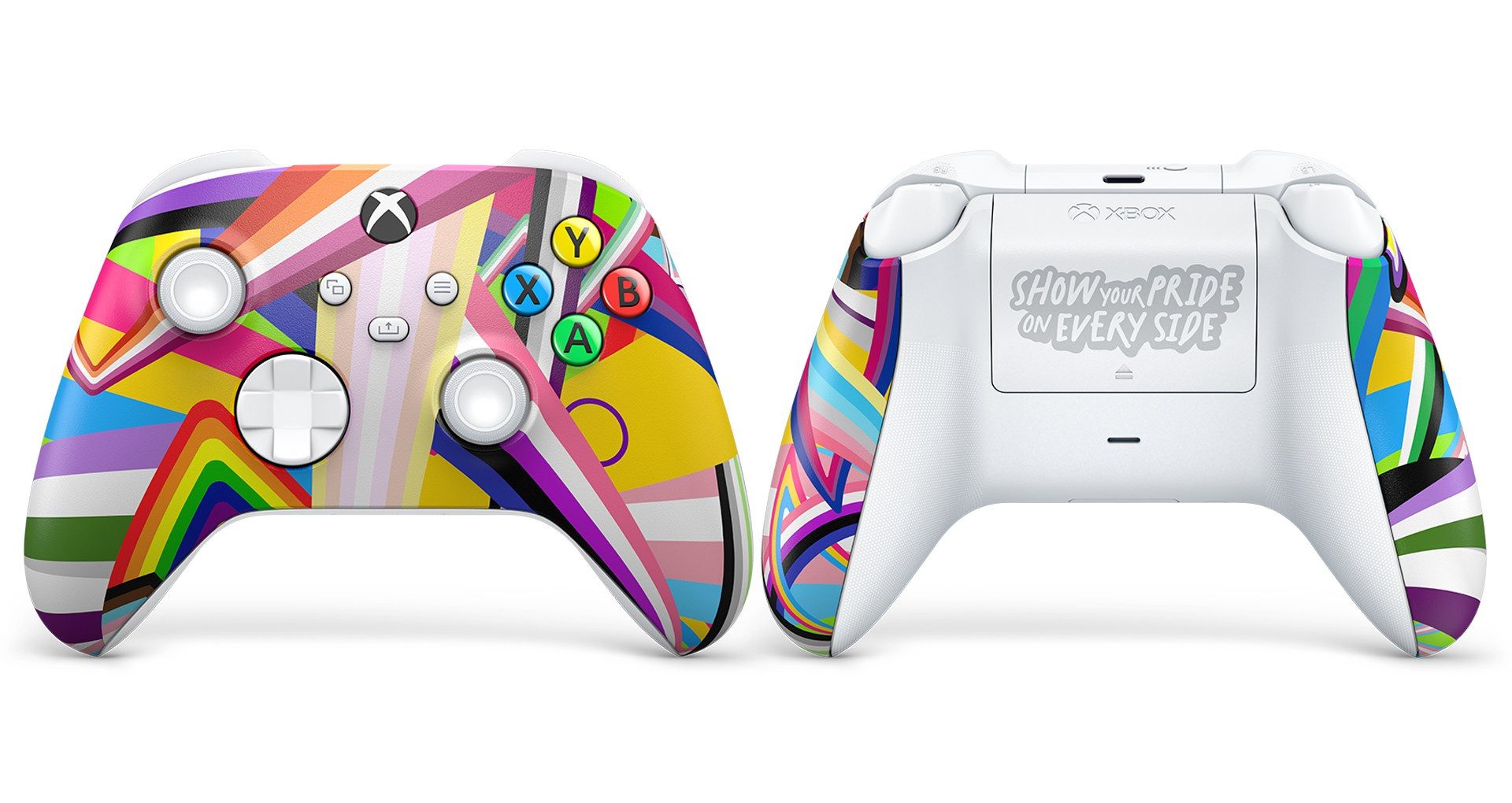 Celebrate Pride and LGBTQIA+ Players and Creators with Xbox [Xbox]