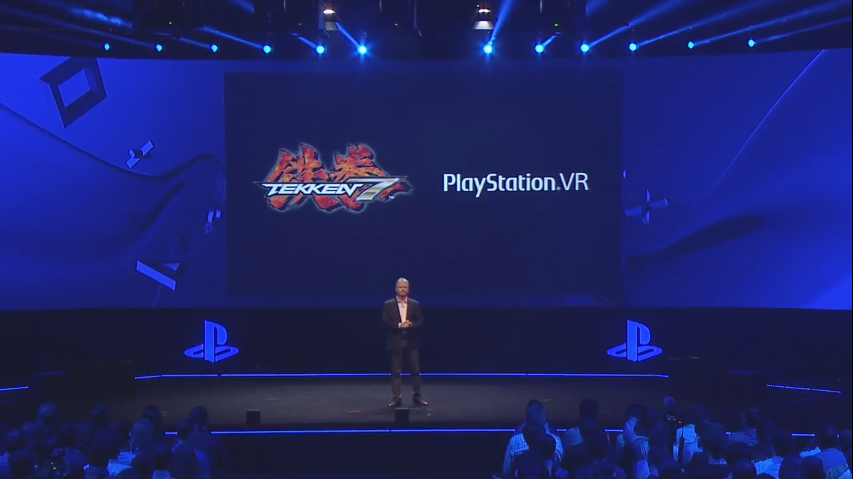 But how? And why?

When I slid out of bed this morning and started prepping for Sony’s press conference at Paris Games Week, I didn’t imagine the event would be home to so much Tekken stuff.

First, there was a cute bit in which series producer Katsuhiro Harada was revealed as the next Street Fighter V character. There was a mock-up and everything. This segued into Bandai Namco’s announcement that Tekken 7 is coming to PlayStation 4. Expected, but fine.

We’re now nearing (what I assume to be) the tail end of the conference and there’s yet another piece of Tekken news which really should have been mentioned earlier. “200 developers are working on PlayStation VR,” according to Sony’s Shuhei Yoshida, and Harada-san is among them. Tekken 7 will be playable with the virtual-reality headset. Huh.