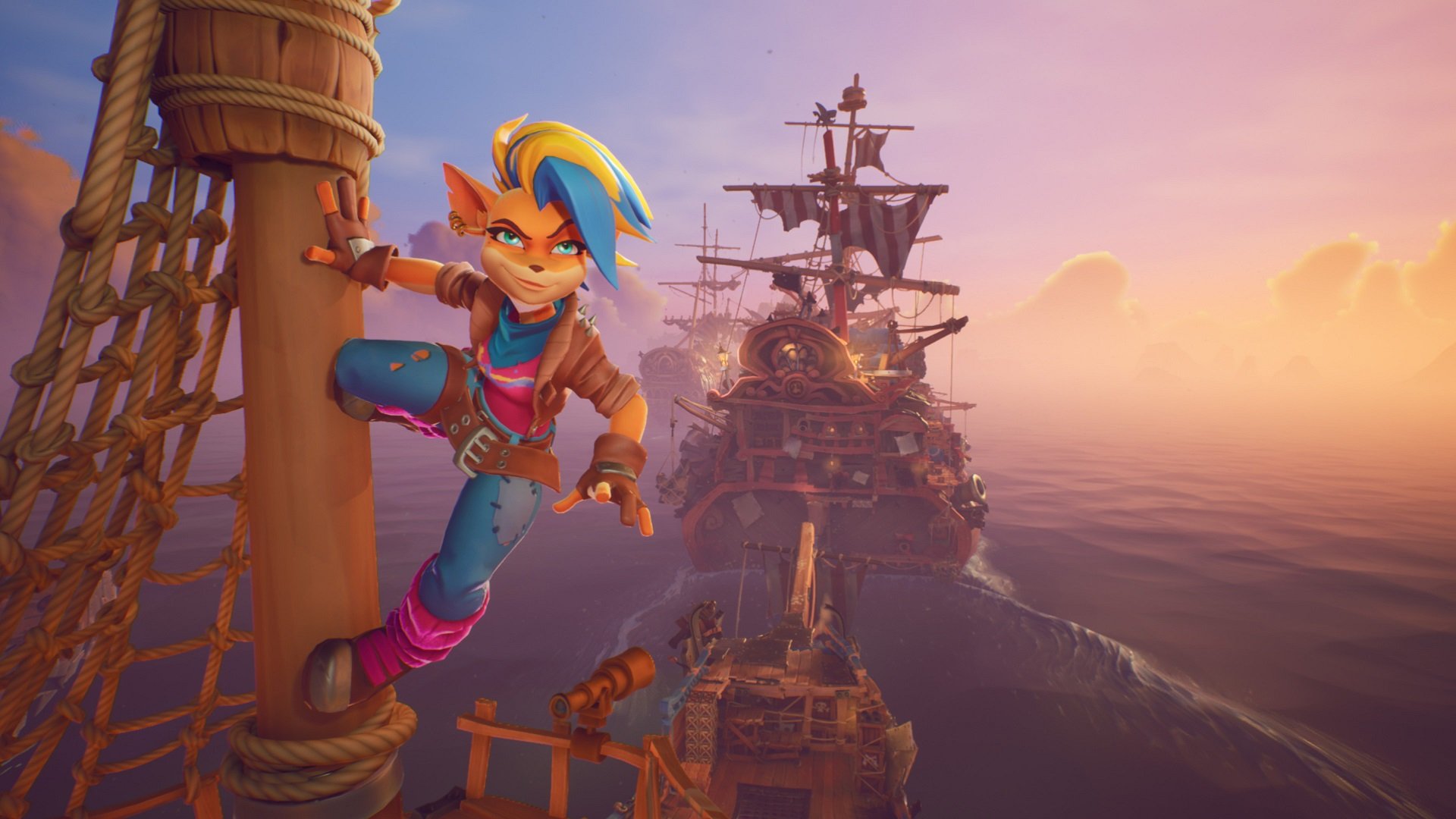 Tawna exists in Crash Bandicoot as a character that Crash 4 developer Toys for Bob isn’t entirely comfortable with. She is Crash’s girlfriend in the first game, and really only serves to fulfill a damsel-in-distress role. She’s a buxom bandicoot and she needs saving — that’s more or less the extent of her character development.

In Crash 4, Toys for Bob is using the thematic time-warp hook to reimagine Tawna. She’s getting a punk rock makeover and a lot more autonomy.

Joining the roster as a playable character in Crash 4, Tawna is described as “an experienced adventurer” and “a daring, driven, and confident hero.” The edgy punk aesthetic reflects that, as Toys for Bob tries for a look that conveys independence and toughness.

Tawna is unique in more than just appearance. She has a unique moveset that’s highlighted by a hookshot ability for speedy traversal. She also has a wall jump ability. Toys for Bob says that it aimed for a fast and fluid feel for Tawna’s platforming.

All of that is on display in the video that’s embedded above. If you’d rather get the words straight from the horse’s mouth, Toys for Bob outlines everything about Tawna over on the PlayStation Blog.