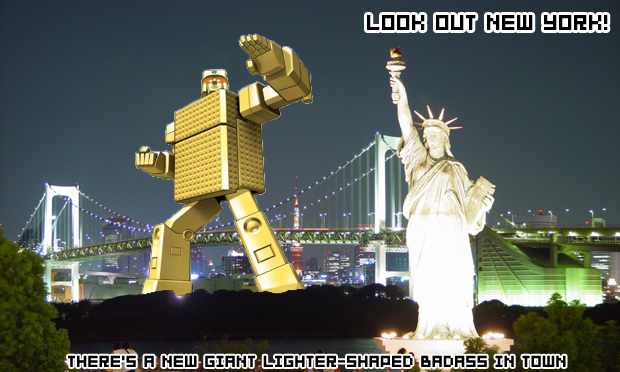 This rules for three reasons — 1) I get to play Tatsunoko Vs Capcom: Ultimate All-Stars three days earlier than planned, 2) I don’t have to worry about immediately dividing my attention between Tatsunoko Vs Capcom and No More Heroes 2, and 3) I’m going to score a perfect on Seth Killian with my Viewtiful Joe/Batsu team.

OK, maybe that last one isn’t really going to happen, but I’ll at least get to try my chance at it. Actually I’m going to boot up my Japanese build of the game as soon as I’m done writing this post and get practicing. Then I’m going to dig up all the games I own by Tatsunoko Vs Capcom‘s producer, Niitsuma-san. He’ll be be at the event, doing autographs and being awesome.

And yeah, I’m totally going to make him cry with guilt for not putting Phoenix Wright in the game.

Hit the link below for more info on the event, including TOWELS.