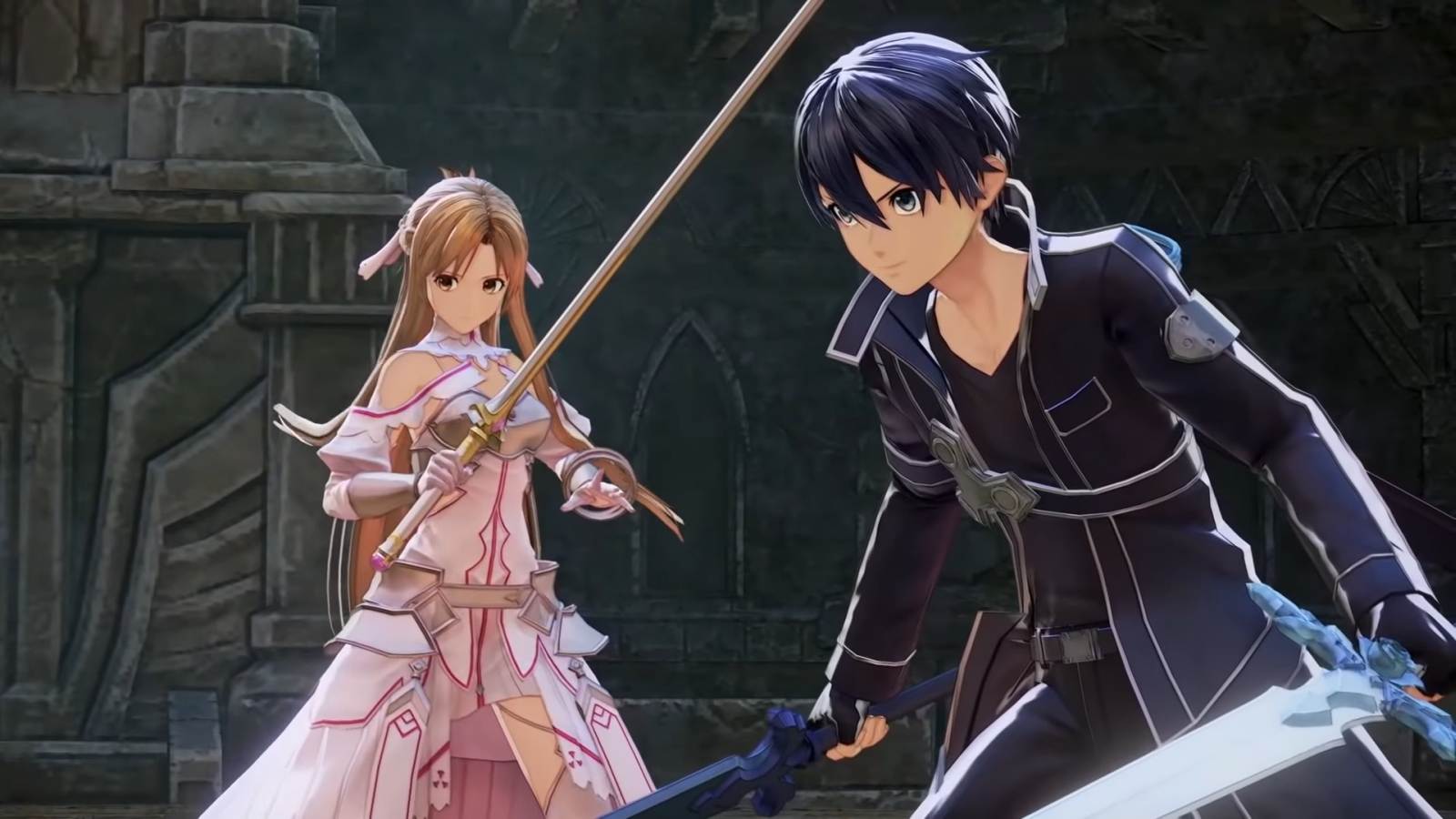 Did this duo get stuck in another video game?

Tales of Arise is roughly a month removed from its launch, but the post-launch DLC is already spinning up. Bandai Namco Entertainment has confirmed that among its Tales of Arise DLC plans, there’s a new boss fight on the way against some familiar faces for anime fans.

Kirito and Asuna from Sword Art Online will appear in Tales of Arise as part of a DLC pack. The Sword Art Online Collaboration Pack will include a special fight against Kirito and Asuna, as well as new outfits for Alphen, Shionne, and Law. You can also obtain Kirito’s weapons and, for beating the pair in a fight, unlock an exclusive Mystic Arte that calls them to your aid in a fight.

Check out their fighting style in the trailer’s face-off between couples: Alphen and Shionne vs. Kirito and Asuna.

Tales of Arise already has a number of other DLC options, like in-game boosts and costumes. But I’m hoping this is a sign of what’s to come for its future DLC prospects. Tales of Zestiria included some story content as DLC, a step that Tales of Arise‘s producer said the studio wouldn’t be doing with Arise prior to its release.

If, instead, Bandai Namco leans on its collaborations, partners, and properties to add in some cool cameo fights—a post-game activity Tales games are already known to feature—that works really well. And honestly, I’m not even a huge Sword Art Online fan, and I really dig this. Seeing Kirito and Asuna not just come to life in the same arena as Alphen and Shionne, but have fully fledged fights with their own flashy moves is a really cool concept. My imagination is already spinning around to other properties that could fit into this style, and rewarding the player with a neat Mystic Arte at the end is rad.

If this is where Tales of Arise is headed for its DLC plans, I’m a little more optimistic than I was before now. Now if we could start working on a Scarlet Nexus crossover, this could get really interesting.