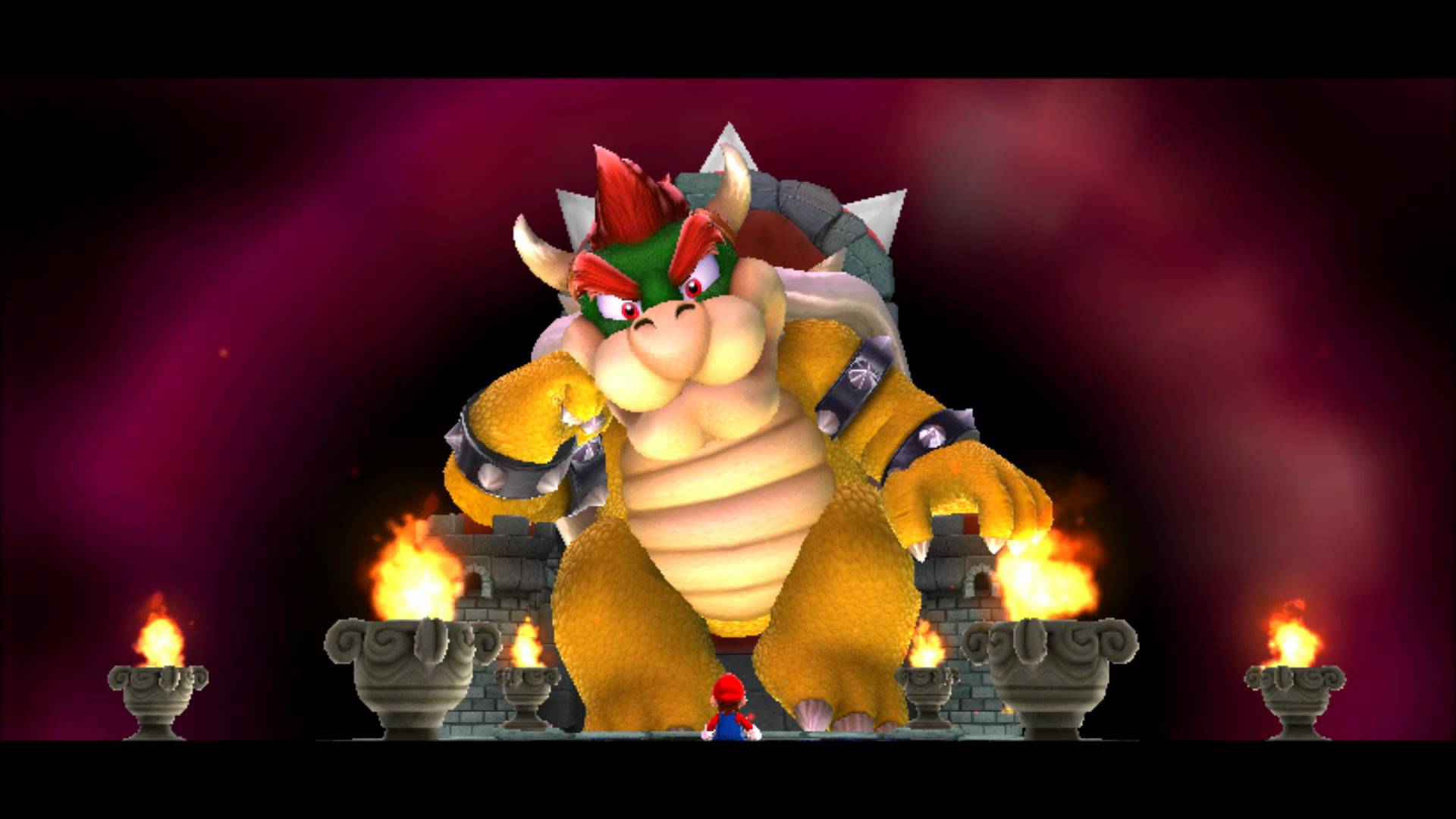 [When I put out last month’s Blogger’s Wanted prompt, I thought we’d try something a little different and talk about all the games we take down fascist regimes in and the fun ways we may obliterate Nazis and those similar to them. I didn’t really think about the Koopas from Super Mario Bros. fitting in there, but Genoforprez makes a pretty solid case about Bowser having these qualities. – Pixie]

Look, someone has to take the low-hanging fruit and write about gaming’s most famous fascist, Bowser goddamn Koopa, so it might as well be me.

It would be easy to write about all the ways that Bowser obviously fits the definition of a fascist dictator with a fascist philosophy. He’s all about overthrowing the existing government by force and installing himself as the nation’s “dear leader.” He desires and expects a never-ending flow of respect and praises in his direction. He deals with all opposition with cruelty and force—whether it’s political opposition or opposition from within his own ranks. He has even multiple times tried to rewrite history or steal/destroy priceless cultural artifacts from other nations!

His track record of racist policies seems implicit in his penchant for imprisoning any sentient being that isn’t some kind of reptile. And of course don’t forget about the rampant nepotism!

That’s all surface features of a fascist regime, but it’s even more fun to consider the ways in which Bowser is a caricature of a fascist’s psychology. First and foremost is that he’s CLEARLY an unrepentant narcissist with a fragile masculinity. He’s always assuring himself of his own greatness, and pimping his greatness to others, despite the fact that everyone seems to hate him and despite that he has been for the most part a huge failure in everything he has ever tried to accomplish.

When in fact, quite a lot of good and smart people have told Bowser that his life has been nothing but victories. True, many of them are his own children and shameless sycophants, but they speak the truth as Bowser sees it: Not the truth in a factual, historically-documented sense, but the Truth in a doctrinal, dogmatic, quasi-religious sense. The Koopas’ every action is guided by a transcendent code of virtue; therefore, the Koopa party’s actions have never been and could never be wrong nor failures.

This is the capital “T” kind of Truth that lives in your heart, and not in some nerdy textbook, fools! This is the Truth as socially-constructed by a community of reptiles! Bowser could have suffered thirteen bankruptcies at Mario’s direct hand and he and his reptiles would still be chirping next to the water cooler about Mr. Koopa’s incredible business savvy, because the Truth of the party is not what the world is but what the world ought to be! Yes, despite all evidence to the contrary, our dear Bowser is still one hundred percent convinced that he is a handsome genius who just can’t stop winning.

But the truest hallmark of fascism and racism is that they never learn. They suffer a defeat and then recede into some slimy hole in the ground for a couple of years, and then all of a sudden they’re back! Reinvigorated! This time with a new social media strategy! Because fascism interprets all of its defeats not as an indication that it should stop or that nobody wants it around, but as an indication of oppression! Maybe the people who hate fascism are the REAL fascists, am I right, koopalings?! Why won’t these toads just shut up and accept the glorious future promised by the Koopa party? It’s very uncivil of them to resist us. So much for PEACEFUL TOADS (smh).

But don’t start feeling all high and mighty just because you know Bowser Koopa is a one hundred percent fash. Didn’t you notice the way Mario is always wearing that red baseball cap around? You can’t trust anyone these days.