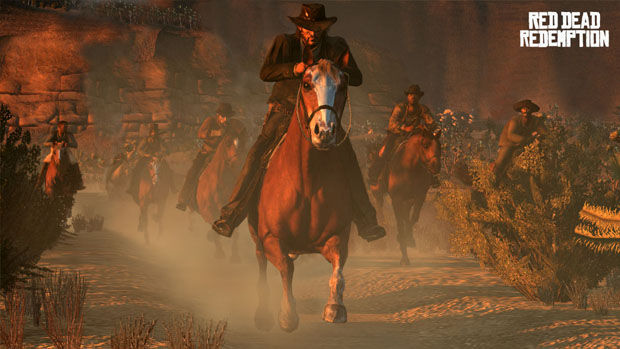 Take-Two Interactive has posted a profit of $42.6 million for the last 12 months ending October 31 this year. Compare that to the roughly $140.5 million loss over the same period last year, and things are looking up for the publisher. CEO Ben Feder seems particularly pleased that they were able to do so: “We have achieved our goal of profitability in a year without a new release of Grand Theft Auto.”

Red Dead Redemption no doubt contributed a lot to that, with a reported “nearly 8 million units worldwide” having been shipped. The highly rated NBA 2K11 shipped more than three million units. Meanwhile Mafia II, Civilization V, Grand Theft Auto IV: Complete and New Carnival Games are also listed as the other strongest contributers to net revenue. And yes, that last title is for the Wii and DS.

As Red Dead Redemption is still going strong, Take-Two looks to be in in a comfortable position with L.A. Noire listed for a Spring 2011 release and Duke Nukem Forever for calendar year 2011. XCOM and SpecOps: The Line are still listed as “Fiscal Year 2012”, but Take-Two new fiscal year will run from April 1 to March 31 from next year onwards.