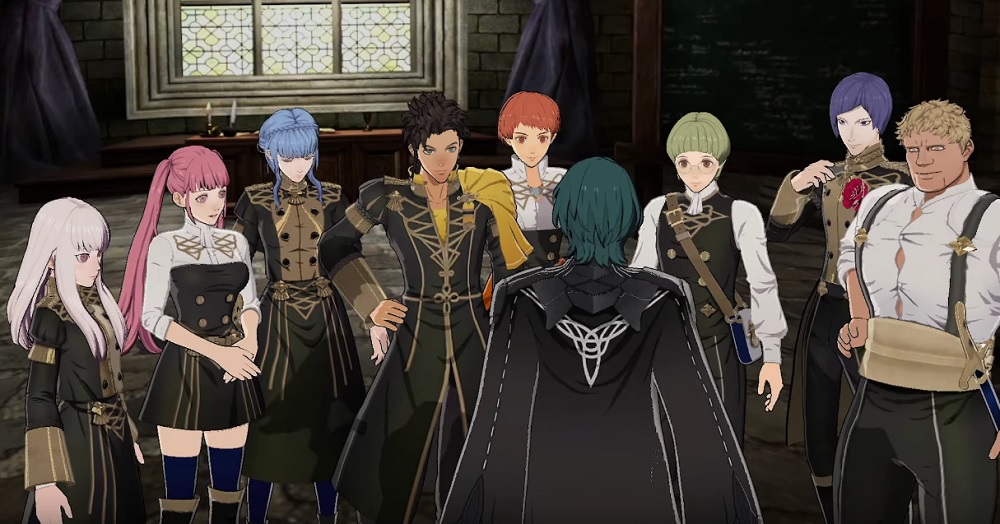 Nintendo has released the third in a series of videos introducing us to the titular trio of academic sororities that make up Fire Emblem: Three Houses. We have already perused the magic lovers at The Black Eagles and the nobility and strength of The Blue Lions, with this new preview focusing on The Golden Deer.

The Leicester Alliance, otherwise known as The Golden Deer, are the Garreg Mach Monastery’s eastern division. Considering themselves a rogue nation, the school is made up of rebellious young students, many of whom are proficient in ranged weaponry, such as bows, and can use lances and spears to maintain distance even in close-quarters.

Led by Claude von Riegan, The Golden Deer are arguably the scrappiest and most unorthodox of the Three Houses, but what they lack in structure and authority, they make up for with expert marksmanship and a strong personal bond. When war for Beseria breaks out, all three groups will turn to you, their former tutor, for help and guidance. Which way does the wind blow?