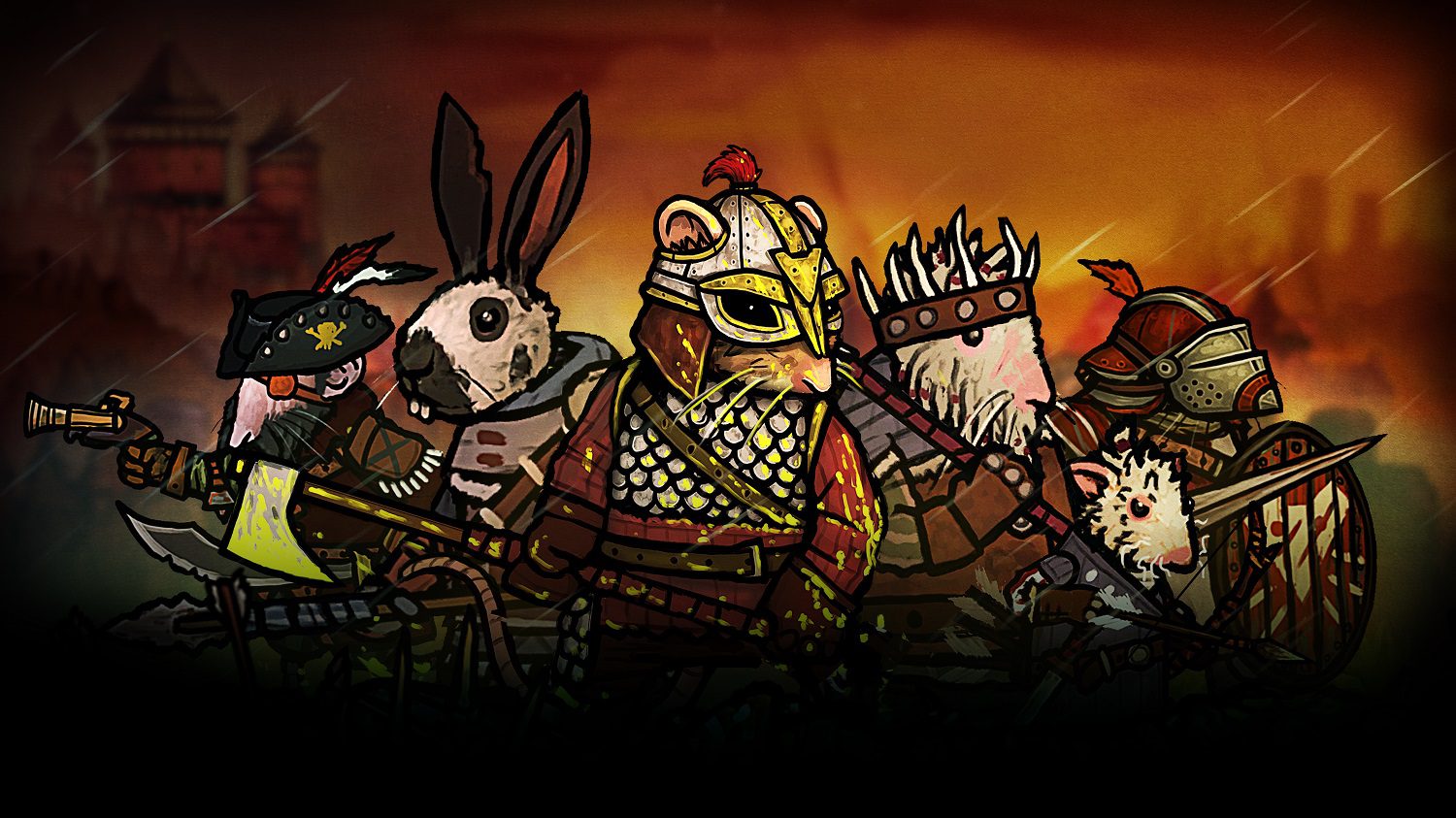 Back to the Rat Race

Exciting news for fans of the bloodthirsty, violent, and fuzzy world of Tails of Iron, as developer Odd Bug Studios and publisher United Label Games announced a huge DLC expansion for the charming, but particularly grim, Souls-like adventure game. Better yet, it will be free for all players. And perhaps best of all… it drops today!

(The trailer below contains some obvious spoilers for the main Tails of Iron campaign.)

The “Bloody Whiskers” DLC adds a slew of extra content to the base game. As noted in the image below, this new update sees the magnificent hero Redgi — barely recovered from the critter chaos of the toad wars — don his armor and raise his blade once again to embark upon a new questline, which will further cement his legend as the stoic, proud, and undefeatable monarch of the beleaguered and recovering rat kingdom and its people.

King Redgi will test his mettle in a brutal tournament featuring five all-new boss characters. These range from the nefarious pirate Captain Black Tail and the rabbit warrior Grey Ears of White Whiskers, to a mysterious and almighty champion, the identity of which remains unknown. Players can enter the tournament at any point after completion of the Tails of Iron story campaign, and you’ll need all the experience you’ve earned there in order to find victory here. 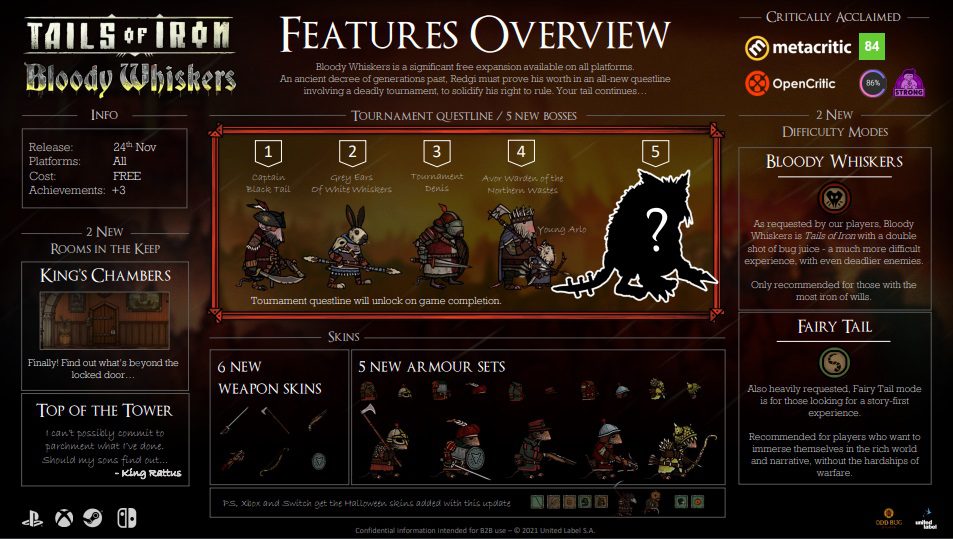 In addition to the tournament timeline, the Tails of Iron Bloody Whiskers DLC includes five new armor sets and six extra weapon skins. The new update will also add two optional difficulty settings set at opposite ends of the challenge spectrum. “Fairy Tail” will tone down the difficulty for players who wish to ease the pressure and enjoy the story. Conversely, the titular “Bloody Whiskers” mode will offer a double dose of difficulty for those that have mastered Tails of Iron‘s deep and reactive combat. Many players asked Odd Bug Studios for tougher gameplay option and… Well… sharpen your steel.

Finally, two new rooms have been added to The Keep. We will find out what is behind that mysterious locked door, leading to the masterly King’s Chambers. More sinisterly, The Top of The Tower threatens to reveal a deep, dark secret of the dearly departed King Rattus. What will this mean for Redgi and his kingdom? I guess we’re all going to have to venture inside and find out. That’s all of us. Honestly, I have no idea what’s in there!

Tails of Iron is a fantastic title. Dramatic, attractive, challenging, and passionately produced. The new update, delivered to all players gratis, is set to make a great game even better. You may have banished the toad menace, but the battle rages on.