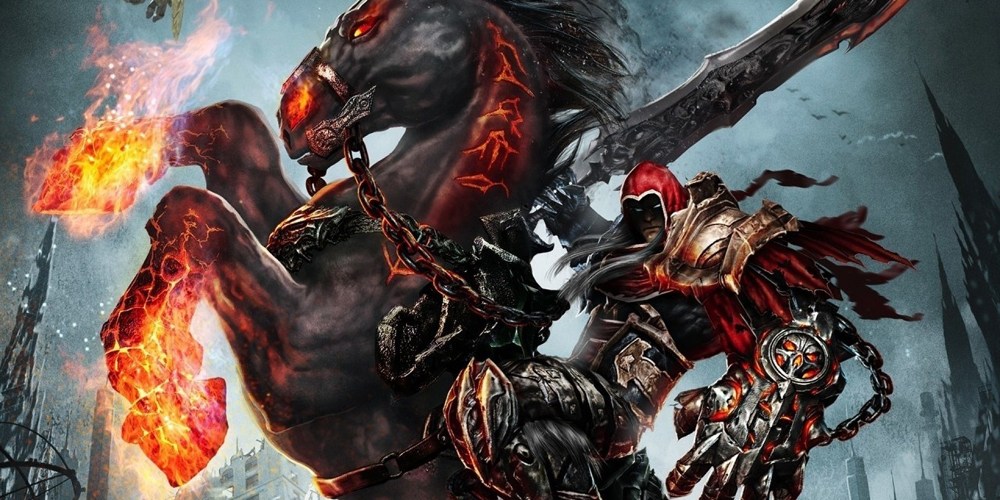 Gears of War, God of War, World of Warcraft. The Darkness. Dark Void. Dark. You ten-year-olds raised on Fortnite out in the audience may not believe this, but these are all the names of popular videogames from ten-or-so years ago.

Not unlike the content found in the hit tune “Smokin’ in the Boys Room,” the need to signal maturity by broadcasting an interest in unhealthy, unhappy, “not for kids” interests was strong in the game industry back then. It was a time before Minecraft and Overwatch made colors and joy cool again. It was a time of proud asshole protagonists farting out loud farts that smell slightly like bread in public places while making dour eye contact with the room and announcing: “This is my stench. Come and take it, if you dare…” in a gravelly, challenging tone.

Darksiders was one of the proudest of these bread farts.

It stars one of the four horsemen (or as of Darksiders 3, horse-people) of the Apocalypse, and his name is just one of the many ways his adventure feels like a combination of the games listed above. On one hand, he has the kind of hulking bod you might find in Gears. On the other, he’s also the literal, physical embodiment of War just like the star of the other GoW. His adventure takes place in a high fantasy setting like WoW, but carries over from a comic book creative team like The Darkness. The list goes on.

At the time of its initial launch in 2010, these surface-level similarities made it easier for me to pass on it, but things are different now. Games like Darksiders are much less common in 2019, making its re-release on Switch actually feel more fresh today than it did back at the turn of the decade. Something about its unwavering allegiance to edginess feels almost cute by modern standards, albeit in an ironic, “I Believe In A Thing Called Love” sort of way. All irony aside, this is a great game with smart puzzles, solid mechanics, and a combat system that gives a lot more to the player than it asks of them in return.

It all begins with a generous, bombastic cut scene. The forces of heaven and hell crash down in the middle of a modern urban landscape, meteor style, and start duking it out like their lives depend on it. Good old War and the humans are caught in the middle, and it gets ugly (but fun) fast. This just gives War, and the player, an opportunity to brush up on various skills, like swinging a giant sword and dashing away from a thirty-foot-tall rock monster, as techno-angels and lava-demons are apparently fantastic punching bags. The humans, for the most part, aren’t so lucky. They end up tossed around like Beanie Babies for the majority of the intro, and are scarcely seen from there. 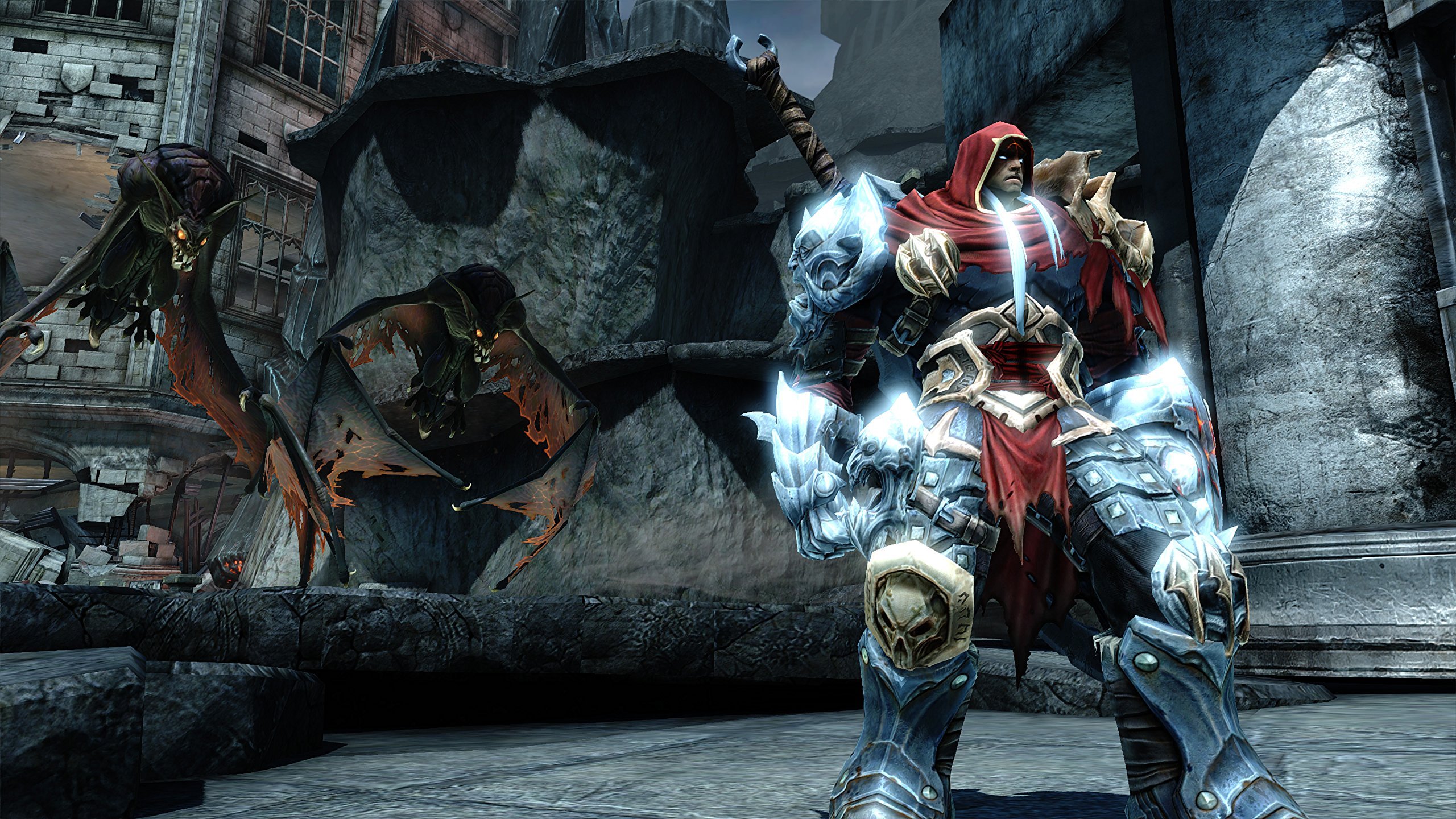 That’s just the first bait and “switch” in the game, as what starts out as a simplistic character action game ends up being more like mini 3D Zelda. The combat has less of an emphasis on Z-targeting and more in the way of combo-focused action, but the items that double as weapons are right in line with something Link or Samus might acquire, albeit with goofier names like Hoardseeker and Earthcaller Horn. The main thing that makes War different is his love of swords and guns, including a portal gun like the one found in the game of the same name. He can also transform into a giant demon now and again, not unlike Akira from Devilman, or Dante from Devil May Cry, or…you get the idea.

Darksiders borrows from a lot of other successful AAA franchises, but just as Frankenstein’s monster managed to be a pretty interesting guy despite his lack of original parts, War also leaves an impression if you give him the time to make one. Bayonetta may be the best Angels vs. Demons action series on Switch, and Breath of the Wild is undeniably the biggest 3D action-adventure game on the console, but Darksiders could make for a great snack of a game to chew on while you wait for the next iteration of both those first-party favorites to land on Switch.

The port here is solid, just as the ill-fated Wii U port of the same game was. On the small screen, little visual blemishes that show the game’s age more or less disappear. I spent most of my time with the game in handheld mode and didn’t run into any noticeable slowdown or other technical challenges. At $30, this feels like a fair and worthwhile price point for a game that, with a little more meat on its bones and a little more sense of humor, could definitely hang with other new Switch games on the market.