We’ve been talking about how Animal Crossing: New Horizons has been doing well for roughly a year, but now Nintendo has the data to prove it.

For those keeping track, the grand total of public Switch hardware sales as of March 2021 is 84.59 million. That puts Switch as number eight in the all-time best-selling system list, surpassing the Xbox 360 by roughly half a million in sales. The Lite continues to be a sound investment by Nintendo to continue to penetrate homes that favor portable gaming.

In terms of software, Nintendo boasts 36 Switch games that managed to hit a million-plus in sales in FY 2021, and that list has 22 Nintendo games on it. Animal Crossing: New Horizons is the top of the pops, with 20.85m, followed by Mario Kart 8 Deluxe (10.62), Mario 3D All-Stars (9.01m), and Ring Fit Adventure (7.38m). Animal Crossing is just shy of beating Mario Kart 8 Deluxe, only needing less than 3 million more units in sales, to take the top software spot.

The full million-seller list is below, consisting mostly of proven big names like Mario (or Luigi!), Zelda, and Pokemon titles. But there’s a few success stories too, including Clubhouse Games and the aforementioned Ring Fit Adventure: a Cinderella story of sorts amid perfect timing.

Likewise, digital software sales were up 68.5% this year as everyone was at home, with Nintendo touting Pokemon Sword and Shield’s DLC, Kirby Fighters 2, Animal Crossing, Mario All-Stars, and 3D World + Bowser’s Fury as big winners. It was a huge year for Nintendo, and they hope this one is even more successful, as they push toward the 100 million plus hardware mark for the Switch. 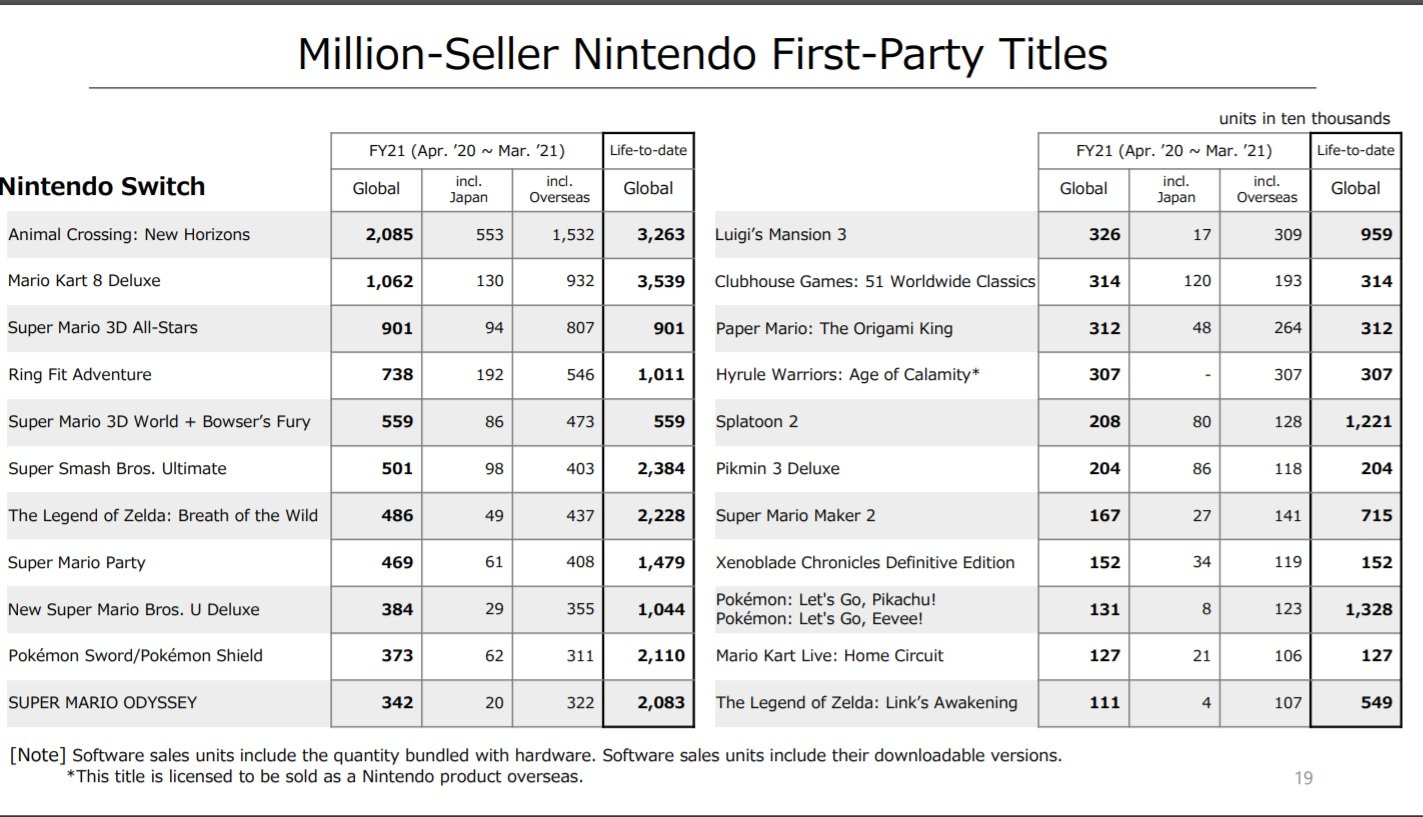