The director of Deadly Premonition and D4 looks back at 2014

[Swery is the man behind Deadly Premonition and D4. The latter has kept him busy over the last year, so he hasn’t been able to finish every game he loves. But love is not finite, finished, and with an eyebrow game this on point, Swery’s offered to tell us all about the games he loves anyways – Steven Hansen]

At first, I’d just like to make one thing clear. I think that all the games on this list are excellent, top-quality games. I haven’t completed them due to personal reasons, and this in no way affects my evaluation of them. I love all games from the bottom of my heart. 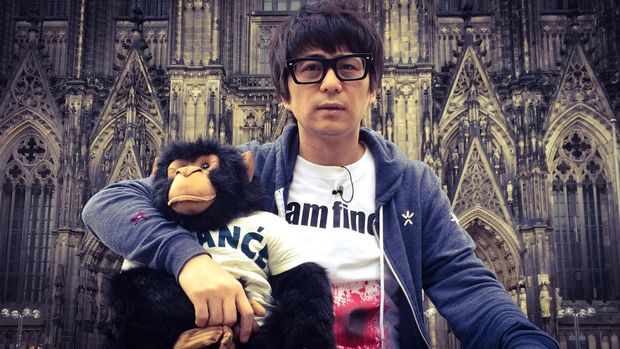 Even though the previous game broke me, the addictive nature of the game drew me to buy this sequel. Obviously, this game created a lot of waves, and I decided that I had to play it simply to experience that cycle of bitter aftertaste, frustration, and then catharsis one more time. Hardcore users say this game was easier compared to the original, but it was still enough to break me again. Getting killed by a player who invades especially makes me want to throw my controller. This is unrelated, but while I’ve never met the director, Miyazaki Hidetaka, his personal name is the same as mine (Hidetaka), so I feel a sense of closeness to him.

Why I quit playing: The frustration from the game crept into my real life.

It may not be too much to say that this was the year’s most talked-about title. I was too busy with development to take part in the beta test, but I bought the Xbox One version on the day it came out. Unfortunately, though, it wasn’t localized into Japanese. When someone asked me “Why did you buy it if you weren’t sure,” I didn’t really have an excuse, but that’s what happened. Of course, not only the story, but the menu was also in English as well, so I had trouble understanding the system. I was really behind compared to my friends who had already bought the PS4 version, and became a bit of a Destiny dunce. Then I got busy with D4‘s release and PR, so there was no way I was going to finish it.

Why I quit playing: My friends made fun of me so much that I lost all my confidence.

I added this game only after preparing myself to get yelled at. Why? Because I haven’t played it. Right after I bought it, I suddenly got bombarded with things I had to take care of, and then there was an update to the consumer version of Minecraft, and I became desperate just to play that. Then, I went on a trip overseas without even getting to play it. I’m still on that trip now as I write this list. So, if I haven’t played it, how can I say it’s amazing? Well… just by using my intuition. Or, my sense of smell, should I say? I’m not a writer or a critic. I’m just a creator, so I have the right to self-righteously purchase and play games how I want to. Simple, right?

Why I quit playing: My first vacation in four years.

The continuation of the famous series that Access Games developed. In this game, the action and graphics were renewed, essentially reviving the series. Ally NPCs and dragon growth were added, and you don’t need to know the entire series to be able to enjoy the game. However, the story wasn’t any good. It’s really unfortunate, but it’s the truth. And the graphics could have been a bit better, I think. If we get another chance, I’d like to use what we learned here to make an even better game.

Why I quit playing: Self-hatred and self-defense.

The world will wash your heart clean. The characters were just so cute, I couldn’t not buy it. But the game was too beautiful for my heart. It ended up blinding me. It was hard for me to keep staring at the vibrant Kirby as he ran all around. It makes me wish that I could make a game someday like this, but at the same time, it also fills me with despair.

I apologize to anyone who was offended by anything I wrote. This is a list filled with personal taste and bias, but regardless of how it appears, I think it’s very important for people to organize their thoughts as words, which is why I wrote this.

I’m hoping from the bottom of my heart that 2015 will be a big step forward for the game industry.