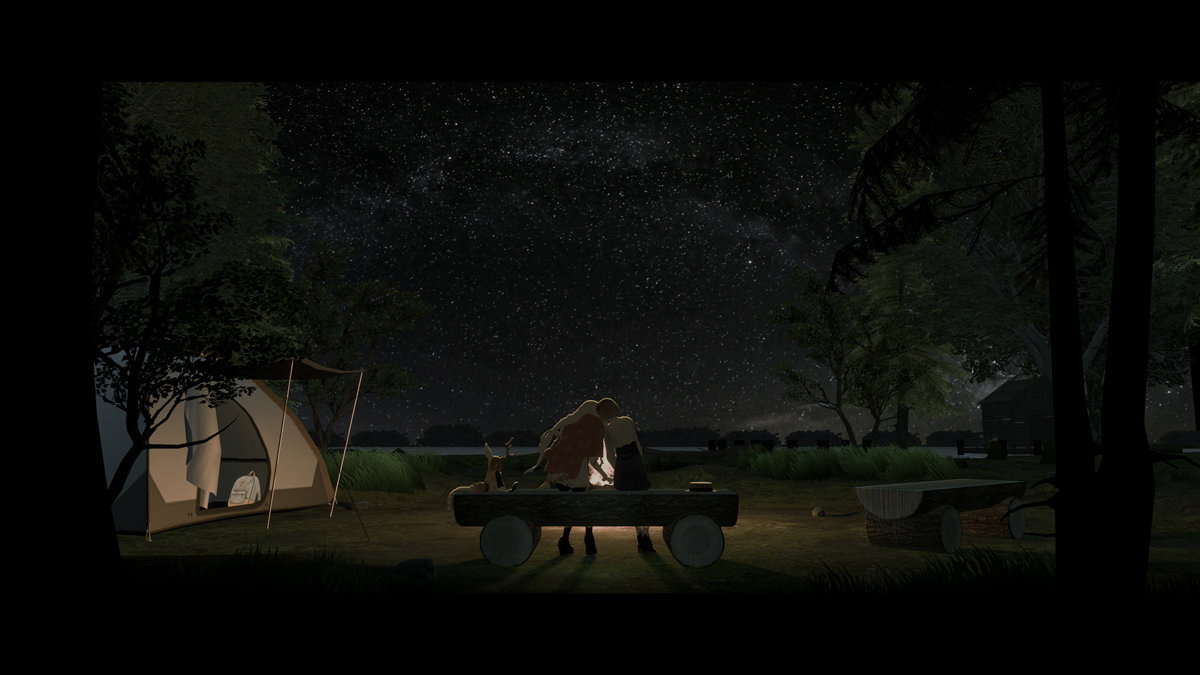 I’m not exactly sure how much laughing is appropriate during the demo for The Missing: J.J. Macfield and the Island of Memories. The title, due out for PC and all major consoles this year, is the latest project from avant-garde game designer Hidetaka Suehiro, better known as Swery. On the third day of PAX, I’m in the same room with him, asking him questions about The Missing and doing my best to contain my laughter.

Not because it’s bad. In fact, it’s quite an interesting puzzle platformer. I’m laughing because across the two levels I test, I see some of the most barbaric actions hoisted upon a video game character that it constantly crosses over from ghastly to gut-busting. This is one uproarious game, and yet a major part of me feels I should not be laughing.

The Missing tells the story of the titular J.J. Macfield who is searching for her friend Emily. The two are camping on an island when Emily goes missing. J.J. sets out to find her, but she’s not your average girl. J.J. can’t die. Well, okay, she can die if she gets hit enough but the point of the game is J.J. can take an immense beating and keep going no matter how little of her is left. Every time she takes damage, she loses a limb. It starts with an arm and then a leg. Then all of her appendages are gone and she’s just a torso with a head. Take one more hit and she’s just the head.

I can regenerate her body at any time with the press of a button, but this ghoulish play mechanic factors into the puzzle solving elements of the game. J.J. will use her limbs to set off switches or knock down objects. The smaller her controllable body becomes, the tinier spaces I can fit her into. Her body is a tool for progression as long as I can stomach the detestable punishment I put her through. At first, it’s shocking to see this young woman fall to pieces as I throw her into barbed wire. But through repetition, the black humor shines through and I find myself struggling to control my laughter at the absurdity of it all.

I feel bad for her in the moments I’m not guffawing at her misery. I can’t help but think White Owls is creating nothing short of a torture simulator. Swery says he understands that’s how people might process it in the beginning, but as players really get to know J.J. and her predicament, he hopes they start to see the game as he does. 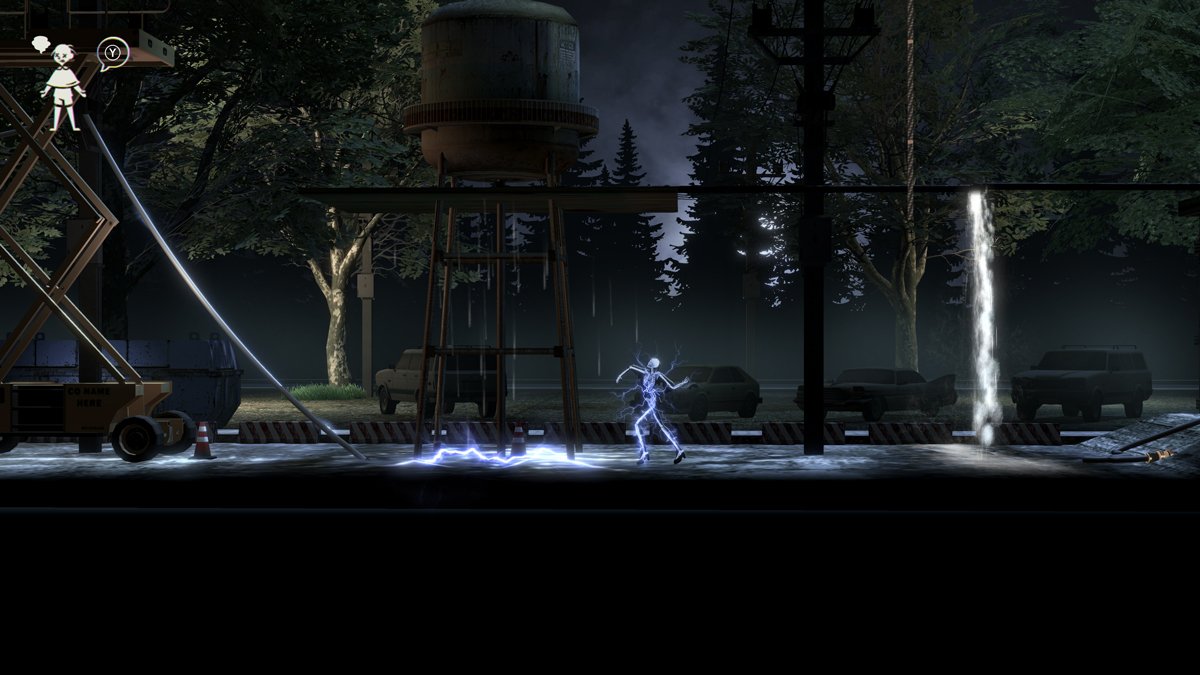 “Personally, I’m making this game with a superhero theme in mind,” Swery says. “Unlike typical superhero games this is a lot different, but that is the theme that I have in mind. What I hope the users experience by playing The Missing is a lot of superhero, anime, and even western series where they discover some power or some unique ability about themselves like immortality and at first they’re very confused and scared and they don’t know what to do about it. But as they became accustomed to it and familiar with their powers, they become superheroes in that series, and that’s the experience I want the user to have while playing this.”

Immortality is a staple of the superhero genre so it’s not exactly outside the possibility this game can be seen in the same cannon. But like he says, at first this all takes some getting used to. Not just for J.J., but for me as well. The Missing forces me to fight my instincts when it comes to platformers, because it’s not the typical platformer.

“When I first starting thinking of making a puzzle platformer game for this, I think most puzzle platformers consisted of the stage, the objects that are in the stage and the enemies,” Swery says. “But when I try to create a puzzle platformer, I want all that plus something else, and when I tried to take it a step further I came up with this idea of making the main character immortal and making her body part of the formula of the problem-solving. What’s really interesting about when we were play-testing this, a lot of people the first time, they’re very confused, but rarely do they put the controller down. They end up playing the game for hours and hours.“

The demo doesn’t really say much about the story or how J.J. happened to end up with this curse or superpower, depending on how you look at it. There still is a very deep and very “Swery” story he promises, one that takes inspiration from anime like Ajin: Demi-Human as well as an old faithful source of inspiration, Twin Peaks. In the game’s debut trailer, there is an odd voice near the end that sounds like a chipmunk version of The Man from Another Place. Turns out, Swery used the exact same recording technique David Lynch used to record the dialogue.

“We were pretty creative in the recording of the voices here,” he explains. “What you heard in the trailer, we actually had a voice actor say the words normally as they speak and we would play that back in reverse. They would hear that and then try to speak that reversed playback which was recorded and play it backward, giving it that effect. It was very difficult, but it was a lot of fun.”

The only voice present in the demo is that of J.J. There is a button dedicated to calling out the name “Emily”, even when she’s down to just a head. The first level I play is pretty straight-forward. Once I realize how the central mechanic works, my years of puzzle-platform experience kicks it and it’s off to the races. Some of the sections trip me up but not as much as they trip J.J. up when she only has one leg. The second level turns the concept on its head. Taking place at a construction site, the only way to progress through the stage is by walking on the ceiling. To do that, I have to turn J.J.’s world upside down by carelessly throwing her into a wrecking ball that breaks her neck. Watching her ragdoll body fly across the stage as it turns 180 degrees absolutely leaves me in fits.

As funny as I find it, and again I’m not quite sure how much I should be laughing here, Swery wants to make sure nobody mistakes his intentions for this game. The Missing is not here to make light of the very real issue of self-harm and suicide. At the beginning of the game, there is an info screen that says as much. Swery and his team at White Owls didn’t just go about hurting this poor woman for fun. Every little bit of punishment she takes has a specific reason behind it.

“We couldn’t just come up with random ways to die, that would just make for a ridiculous game. That wasn’t our goal. Really, we wanted there to be a purpose behind her pain. So discussing how this way of hurting yourself solves what problem in the game and really grounding it in reason was something we really got into. It was very challenging but also very fun in coming up with ways to do that and I think my creators really grew from that experience.”

The last level of the demo Swery plays through himself, because I can no longer adequately play a game and interview somebody I respect at the same time. It’s a chase sequence, where a demon of the island is trying to run down J.J. and she has to do everything she can to not fall to pieces if she wants to make it out alive. It’s quite tough and Swery himself gives up on his fourth attempt to outrun it.

It looks harrowing but the sequence does give me a sneak peek at the other elements of the game, such as the cellphone feature which is activated when players collect enough donut collectibles throughout the game and the retro Americana design touches. The art direction for the game is from the same person who worked with Swery on Deadly Premonition and D4 and the soundtrack is from the composer of D4 as well. All of it blends together for a delectably weird game, one made with a sense of freedom Swery didn’t have in the past. 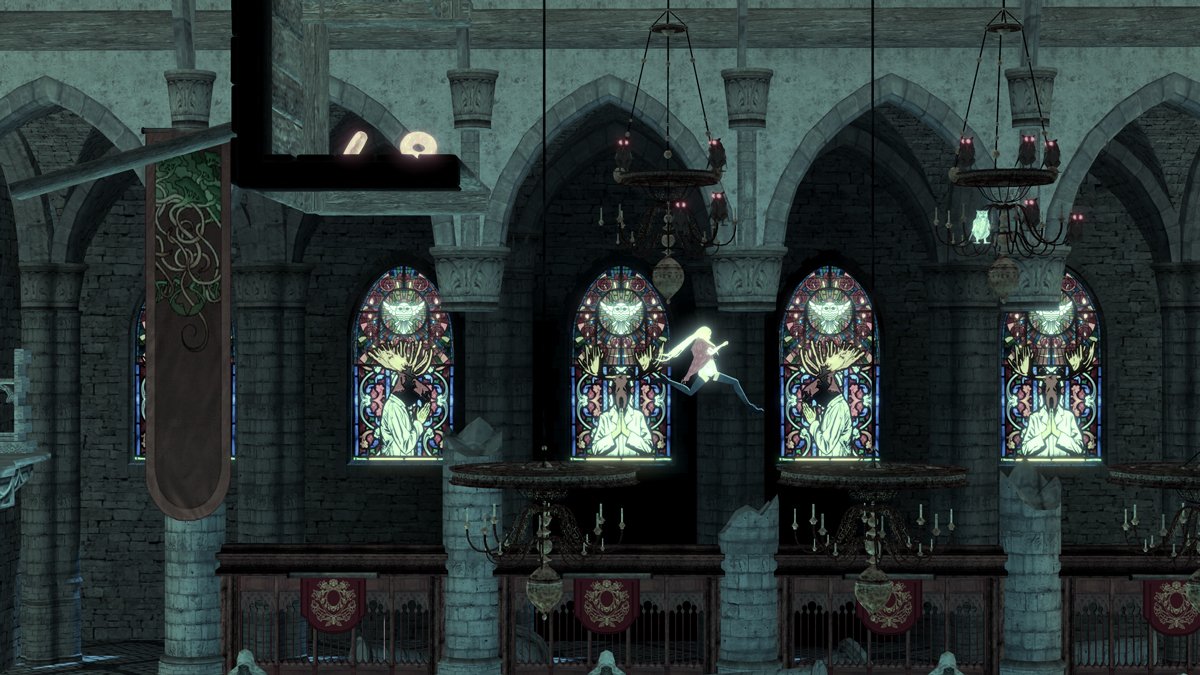 “Right now with Arc System Works publishing our games, they have been very open to our ideas and we’ve been able to do what we wanted to do with this game,” he says. “So that was very free and liberating. In the past, when I worked with other companies, we had parent companies and often our projects wouldn’t go through without the blessing of the parent company. Now that I don’t have to deal with any of that, the process of getting things started has been very speedy.”

If you follow Swery at all, you already know he’s hard at work on his next title The Good Life, currently planned for a 2019 release on PlayStation 4 and PC. Indie publisher Unties will be handling its distribution. That game had its ups and downs with crowdfunding, but Swery seems to finally be at a place where he can truly create the types of games he’s always wanted to unleash on the world. It may be the more ambitious title coming from White Owls, but Swery wants people to know The Missing represents a real step forward for him as a game developer.

“When people think of the name Swery the immediately think of the very unique story and atmosphere we create, but since I’ve started White Owls and for this game to be the first game to come out of White Owls, I really wanted to show my audience that it’s not just the story I’m good at. I can also create great gameplay and I really wanted to put the focus on that. With The Missing, I want people to experience not just a Swery game but an improved Swery game from the past.”