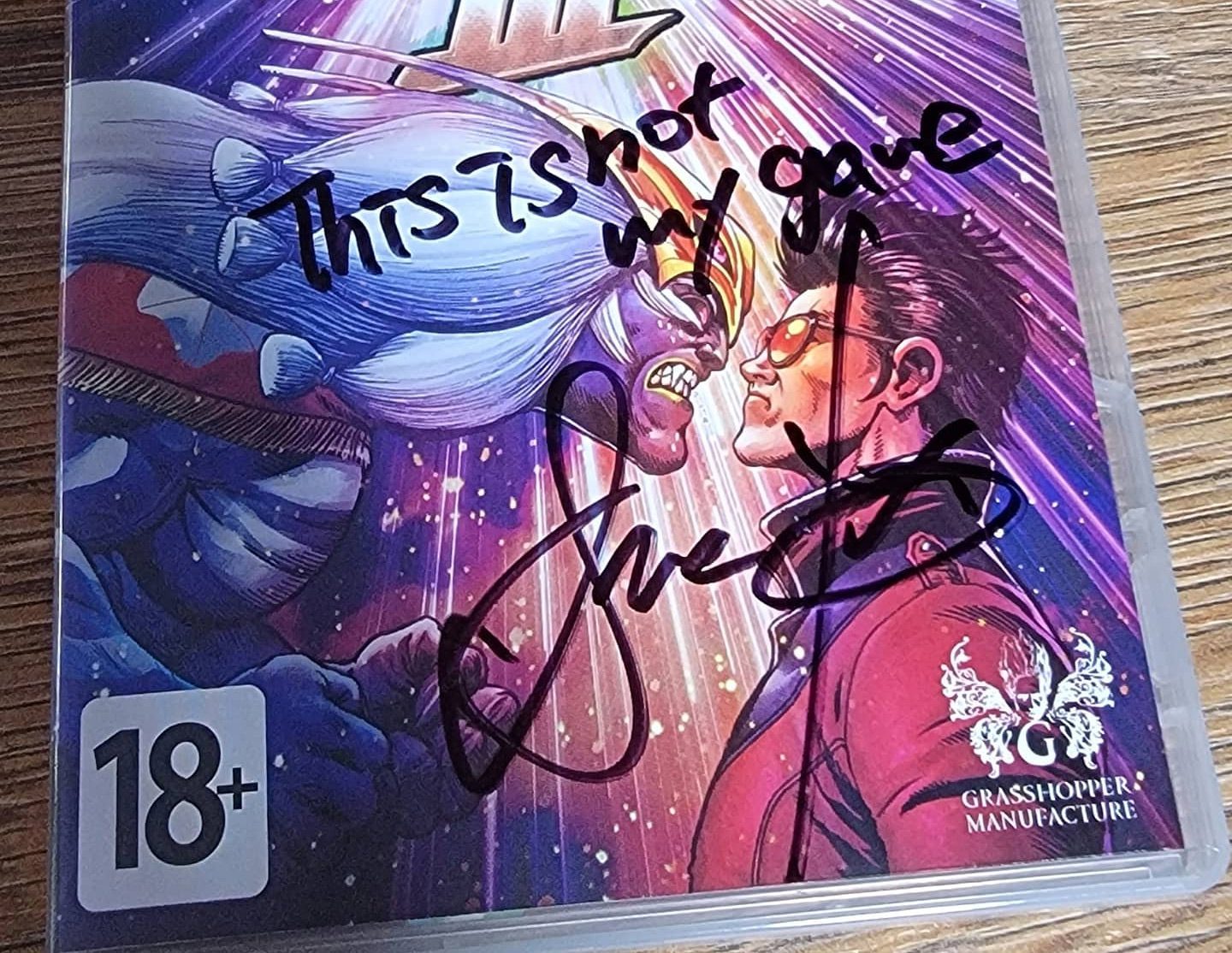 ‘This is not my game’

We love Swery65 and Suda51, two entirely different people out there making their own unique brand of video games that are fueled by their individual personalities and passions.

All the same, these two noteworthy Japanese game creators with numbers in their names are often lumped together by fans — sort of like a “peanut butter and chocolate” situation. They both make “weird games” for weirdos like us to enjoy, and I can easily see how someone might mistakenly type out the wrong name in an online conversation.

On that longwinded note, while we continue to wait for the ultimate Swery x Suda team-up, here’s a funny moment that went down at a signing in Moscow.

Swery was in town for an award at the Russian International Horror Film Festival, and during an autograph event, someone handed him a fresh copy of the just-released No More Heroes 3. He responded in the best — and most endearing — way possible: by placing his signature underneath a permanent note that “This is not my game.”

I had a great autograph session in Moscow today!! A lot of fans there. And also, I signed for @suda_51 game too. I don't know why they bring to my session.#NoMoreHeroes3 #Moscow pic.twitter.com/ryauMW00RA

Without knowing the full context of the Moscow signing, I’m hopeful the fan meant well, and was fully aware of the (potentially low-key disrespectful) autograph request they were making. If so, and the exchange was all in good fun, the race is on to seek out Suda and convince him to sign a copy of Deadly Premonition to complete this cursed set.

As folks pointed out in the aftermath of the tweet, this same sort of “wrong game” autograph scenario has happened before with John Romero and Doom 3.

[Update: The owner of the hilariously autographed No More Heroes 3 (and also the person with No More Heroes: Heroes’ Paradise) both know what’s up. Thanks, @TheDulberth.]