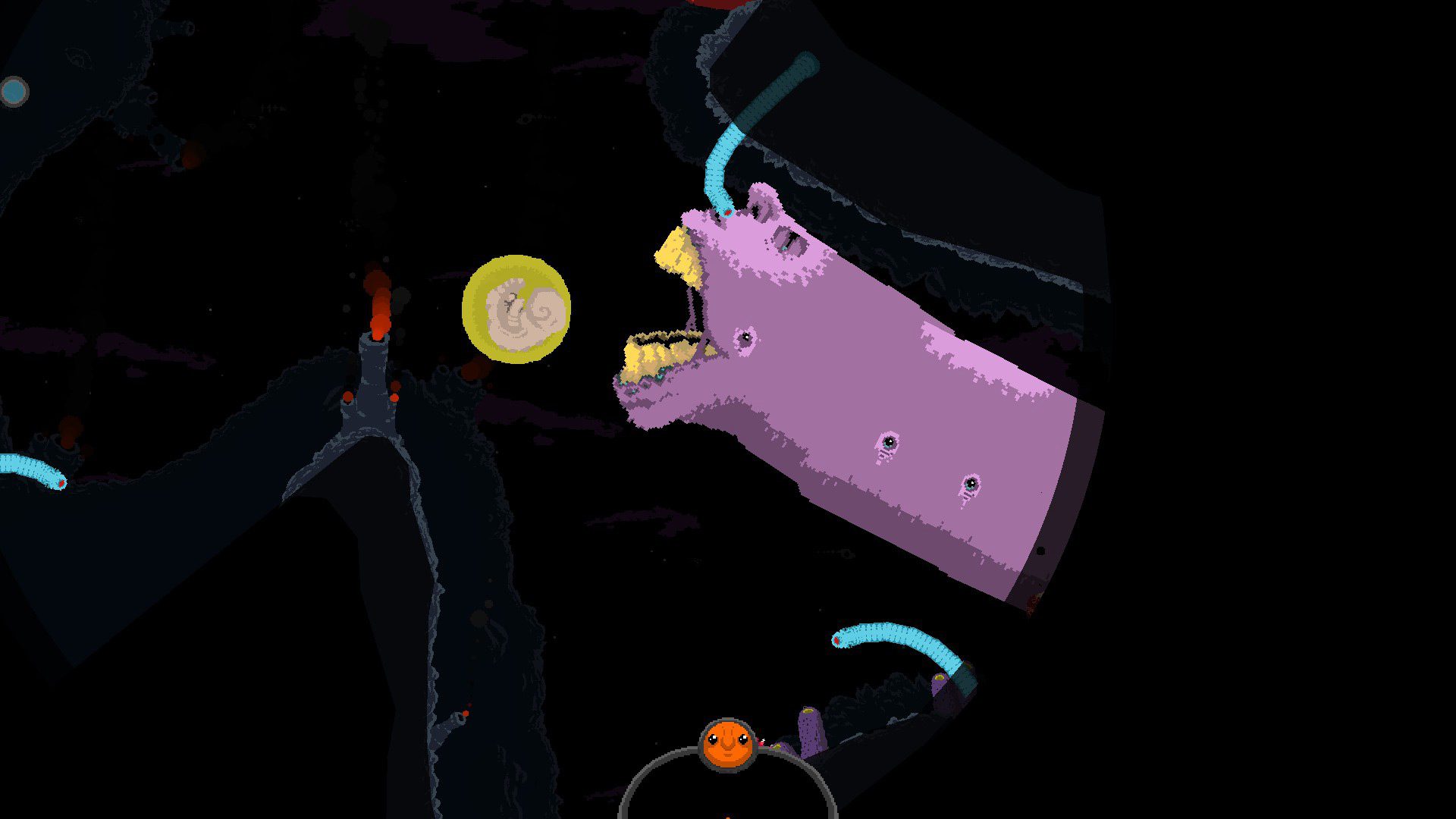 We know there’s some real freaky shit lurking in the ocean, and there’s even more out there we don’t know about yet. If you’ve ever wanted to face those underwater fears head-on, boy have I got a riveting little indie game for you to check out in one sitting.

Swallow the Sea, originally released on itch.io in 2020 by Maceo bob Mair and Nicolás Delgado, recently showed up on Steam — it’s still free and “unapologetically strange.”

Control and premise-wise, it’s simple: you’re a fragile egg drifting along, occasionally dashing out of harm’s way from a hungry fish or busting through a wall once you’ve got some more mass. After you absorb enough small fleshy bits, you’ll grow big enough to eat bigger fleshy bits. It’s the same precarious principle as Osmos, Flow, or yes, Agar.io. 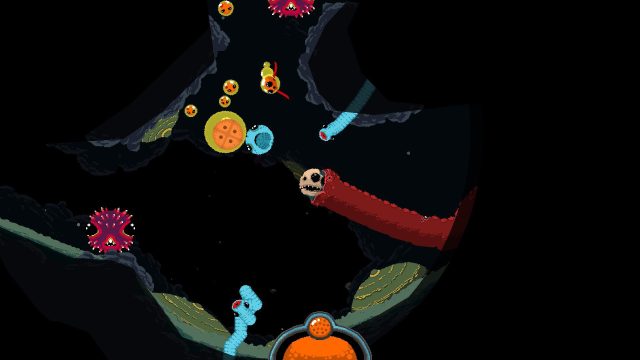 Swallow the Sea looks and sounds like a horror game. I’m surprised it isn’t tagged as such!

The creatures — especially the skull-headed eel-like Vobble, and the big pursuer, Orro, which has unsettling human features — are creepy as hell. Even the smallest, most non-threatening critters in Swallow the Sea rub me the wrong way — in the right way.

It took me just under 15 minutes to beat the game, though it’s possible to reach a sub-four-minute clear time; you’ll earn a Steam achievement if you pull off the feat.

I saw it getting a bit of traction in Steam’s trending section, and for good reason. I’m really glad I played through it. The game is short enough to not outstay its welcome yet long enough to feel substantial. There’s an ending scene, and oh my goodness, a credit roll with snapshots of the enemies and their names. A great touch in any video game.

The developers also have an upcoming turn-based roguelike strategy game dealing with purgatory, abstract demons, and all the good stuff. It’s called Brutal Orchestra, and if the horrors of the ocean are too much to stomach, you may feel at home in this surreal setup.

It’s their “biggest project to date,” and I like where this snowball is headed.