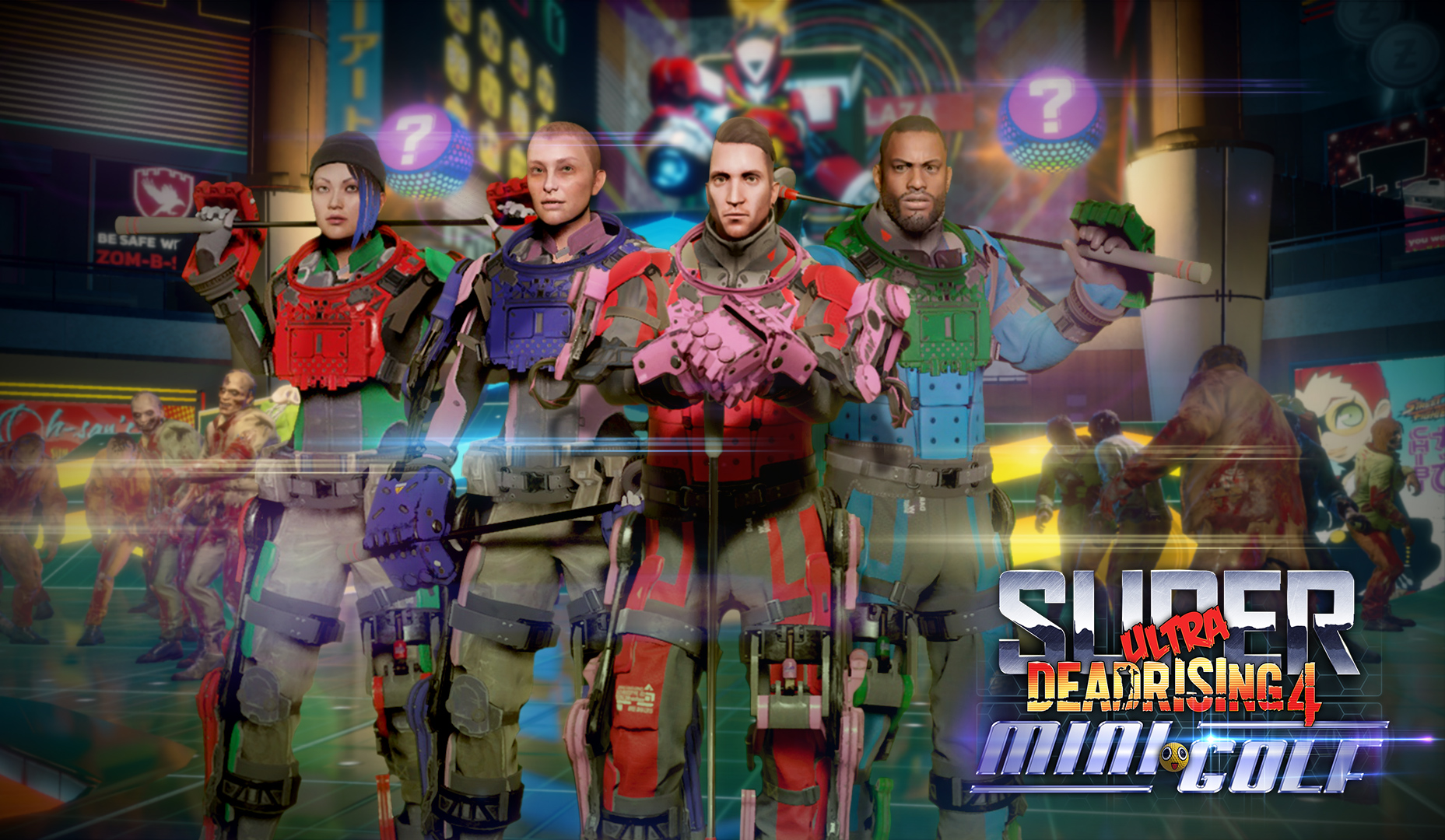 If you never bothered to look into Dead Rising 4‘s season pass, I’m right there with you.

As a result, we both missed hearing about Super Ultra Dead Rising 4 Mini Golf, one of the included add-ons. It’s up-to-four-player co-op mini golf on an 18-hole course with oversized golf balls, customizable clubs, and zombies roaming around. Does that premise sound decent? I think so.

The DLC releases June 20, 2017 for Xbox One, Steam, and Windows 10. Mini Golf costs $10 on its own, or you can get it in the $20 season pass, or you can go all in for the $80 Dead Rising 4 Digital Deluxe Edition. The last option — paying full price so long after release — is probably best avoided.

This might seem odd from the outside looking in, but it isn’t — at least not relatively speaking. Look no further than Dead Rising 3‘s reference-filled Super Ultra Arcade Remix Hyper Edition EX + α DLC.

Also, the mere mention of mini golf reminds me that I’m unable to play Golf Story or Everybody’s Golf, and that’s bumming me out. I’m in a very particular video game golf mood all of a sudden.