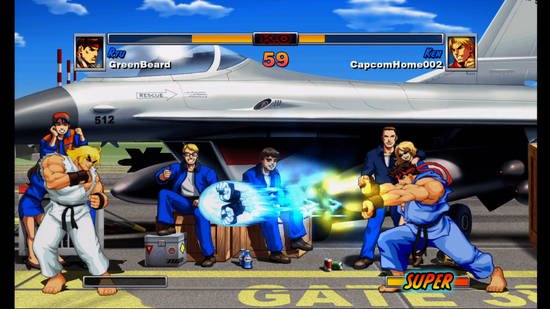 Super Street Fighter II Turbo HD Remix has had a short, but sundry, history of late. Capcom released a beta for the game, bundled with Commando 3, but, according to some accounts, it was almost unplayable. When it wasn’t refusing to match players, it was crashing. If a match ever actually got off the ground, it was crippled by Ken’s unblockable shoryuken combos.

Capcom originally stated that they weren’t going to patch the beta, but they now seem to be singing a slighty revised tune. And by “slightly revised” I mean that they’re doing exactly what they said they weren’t going to do — patching the SSFIITHDR beta. Luckily for you, the customer, it is available right now.

Here’s a short list of what the patch will do:

JimmyRey from from Capcom Digital explains that, while high ping times can’t be avoided, “[they’ve] optimized the gameplay experience so that it’s less noticeable and smoother.” If you want to turn the optimization off, there’s a nifty little code: Hold the Left Trigger, Right Trigger, RB, and LB and, while holding down the buttons, hit start.

What the patch won’t do, however, is add any new characters to the beta. Also, it won’t put boobs on either Ken or Ryu.