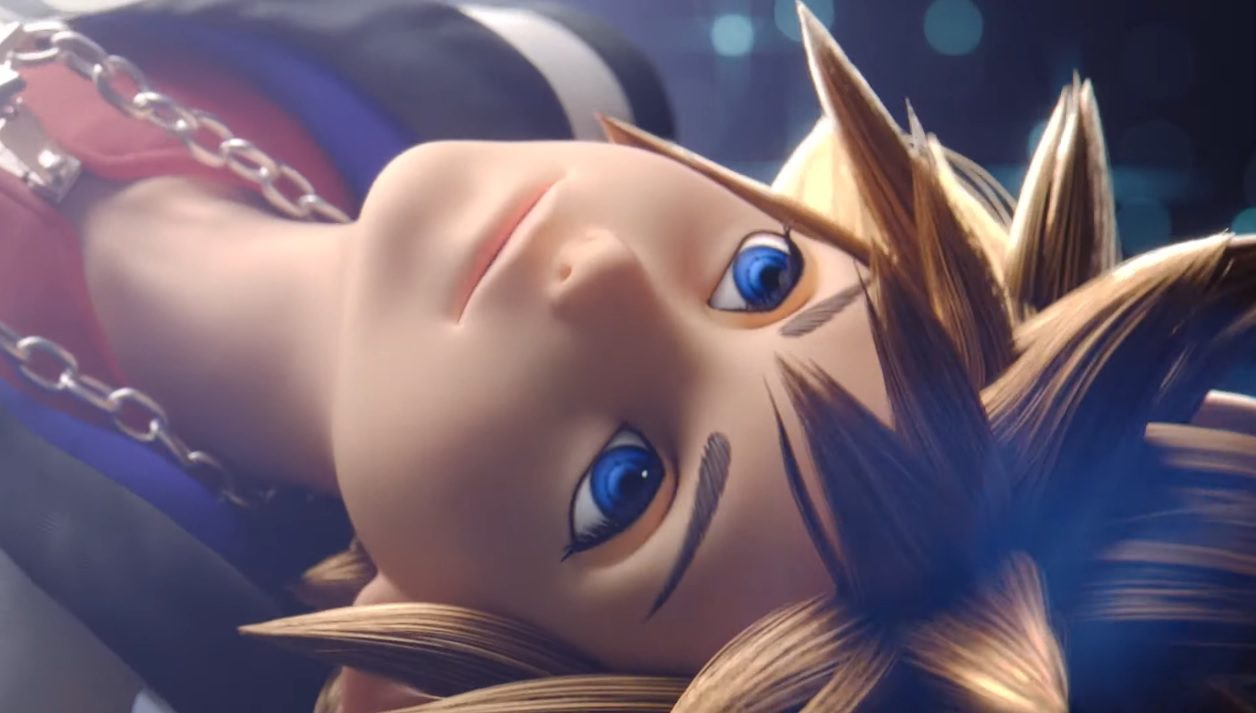 And there you have it. As revealed in the past few minutes by game director Masahiro Sakurai, Sora — protagonist of Square Enix/Disney RPG series Kingdom Hearts — is the next DLC character heading to Nintendo Switch brawler Super Smash Bros. Ultimate. Sora represents not only the final character of DLC Fighter Pass 2, but also the final character of Super Smash Bros. Ultimate, period. Sora will be made available in-game on October 18.

An emotional and beautifully crafted reveal trailer saw the Smash Bros. faithful welcome the Keyblade Master into their magical universe. Sora is, of course, no stranger to crossovers, having cut a path of adventure through a huge variety of classic Disney movies and Square Enix RPGs. The brave and likable youngster steps into battle wielding his classic Keyblade, affording Sora decent range and excellent anti-air and poking capabilities, as well as a ground-rocking down smash.

In addition, Sora has access to his classic Firaga, Thundaga, and Blizzaga spells from the KH series, which he can utilize in battle on a rotational basis, adding an element of strategy as players must decide which spell to have on deck for the given situation. Sora’s Sonic Blade and Aerial Sweep attacks offer our kid domination of the air, opening up his opponent to a range of juggles and bursts. Not enough? Well, Sora also has a powerful counterattack, able to turn the tide of the melee and even deflect projectiles. Sora’s Final Smash “Sealing the Keyhole” was separately revealed.

Sora’s stage is based on Hollow Bastion, one of the final zones from the original Kingdom Hearts. However, as time or stocks deplete, the setting will dramatically segue to the “Dive of the Heart” stained-glass limbo, bedecked in images of legendary Kingdom Hearts characters such as Rikku, Kairi, Roxas, and Aqua, among others. Sora’s alternate costumes include his gear from the mainline Kingdom Hearts trilogy, as well as his fun, B&W, Steamboat Willie ensemble.

In additional news, Splatoon and DOOM skins will join the mix as new Mii Fighter skins, and Minecraft‘s Steve and Alex will receive amiibo in the spring of 2022, with further amiibo planned for Pyra, Mythra, Sephiroth, and Kazuya Mishima.

Sora joins a veritable who’s who of over 80 recognizable faces duking it out in Super Smash Bros. Ultimate‘s colorful chaos. With a lineup that includes classic Sega and Nintendo characters such as Mario, Kirby, Link, Sonic the Hedgehog, and Animal Crossing‘s Isabelle; fighting games such as legends Ken and Ryu from Street Fighter and Kazuya Mishima from Tekken; and oddities-come-Smash veterans like Metal Gear‘s Solid Snake, Persona 5‘s Joker, and the inimitable Bayonetta — Sora cements themselves as gaming royalty by becoming part of Smash Bros. roster of superstars… A league of legends, you might say? No? Ok.

Regardless, the light is at the end of the tunnel. And soon… Sakurai can sleep…