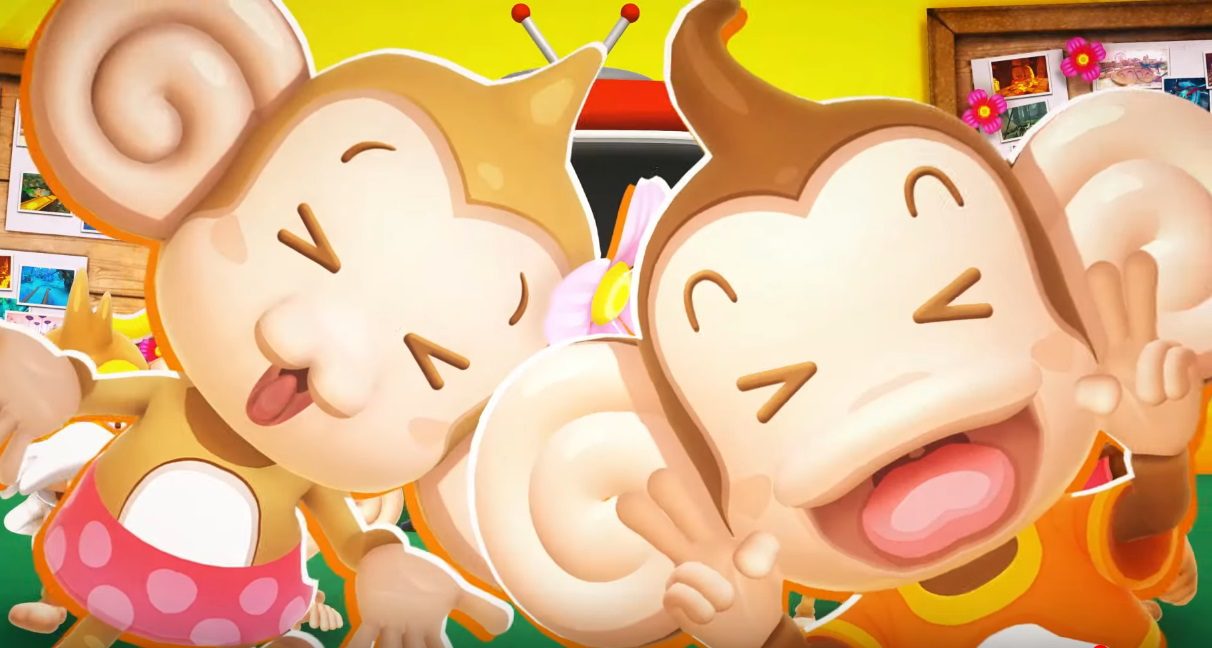 Sega has dropped a brand new trailer for its monkey business remaster Super Monkey Ball: Banana Mania, which is currently in development for PlayStation, PC, Xbox, and Nintendo Switch platforms. AiAi and the whole gang will return to their twitchy, stunt-rolling ways on October 5 — news that will no doubt bring happiness to Super Monkey Ball fans the world over.

As you can see from the trailer, titled “Wondrous Worlds”, Banana Mania is… well… it’s a Super Monkey Ball title, and will once again see the monkey gang (their words) indulge in more high-speed, physics-defying adventure. Whiz through the Bubbly Washing Machines, soak in the atmosphere of Jungle Island, and jet off into outer space to confront Dr. Bad Boon on his own home turf: Space Colony. Banana Mania will feature comic-book style cutscenes as well as brand new playable characters in order to add personality, spirit, and cheer to the infuriating inertia puzzler.