Missions are an extra incentive to go back and master every level, which I kind of needed

I went into Super Monkey Ball Banana Mania knowing there would be some changes and ommissions, and that I’d still want to keep my GameCube copies of Super Monkey Ball 1 and 2 around for the classic feel of Party Games like Monkey Target and Monkey Baseball. As Chris covered in his review, Banana Mania has drawbacks — but it’s still pretty great despite them. My favorite part? The missions. They’re such fun, satisfying challenges. 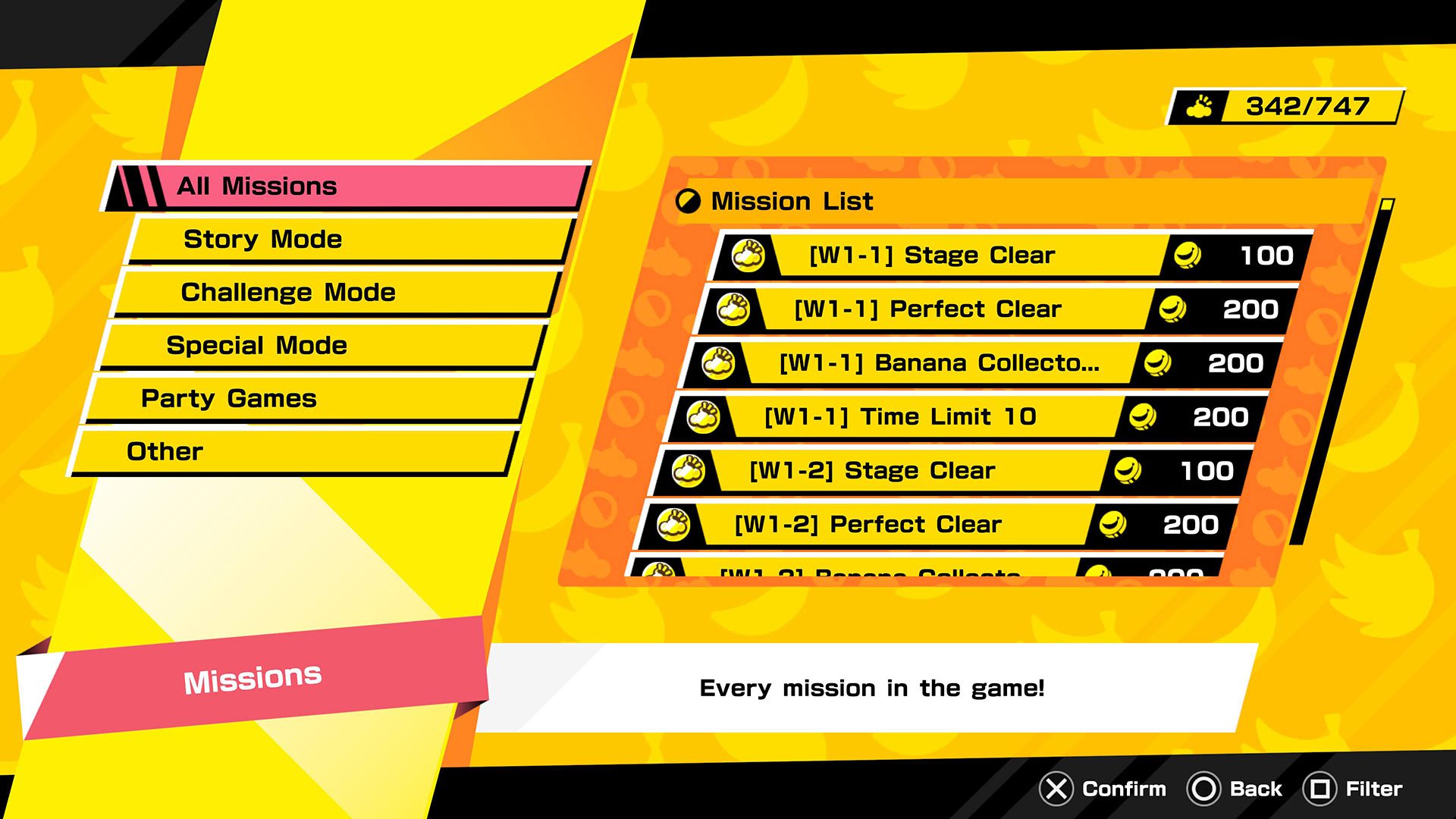 The main draw of Banana Mania is the ability to easily bounce between Super Monkey Ball 1, 2, and Deluxe levels in one quick package, and use new potentially audience-boosting features like level skips and optional slow-mo to navigate the dicier stage layouts. Bolstering that ease of use, there are missions — little objectives that are tied to every facet, from the main Story levels to Party Games, that dole out points for the shop.

I was never one to obsess over clear times, and I’m still not that type of player in Banana Mania — I like watching the pros. That said, with these missions, I’m going out of my way to not just finish levels, but also beat them with a stricter time constraint, clear them with a certain amount of (often deviously placed) bananas, and seek out every alternate exit.

Another “oh nice!” note: you can see the mission criteria in multiple places, including in the level itself (using the pause menu) and the stage-select screen prior to even loading it. 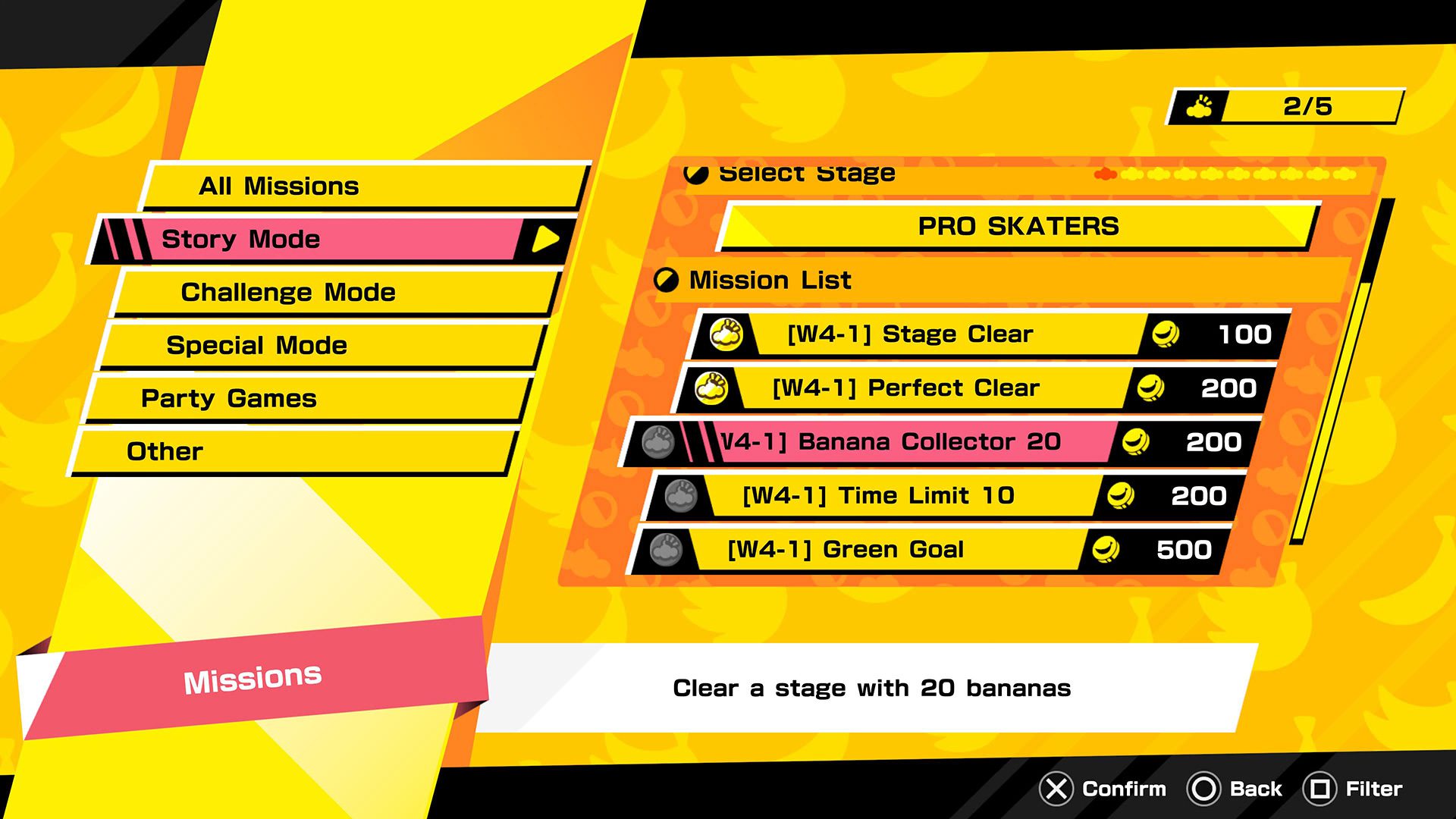 The missions in Banana Mania are also a nice counter-balance to the reworked difficulty.

You don’t have to worry about losing lives, or getting too frustrated when one particular stage in a set feels like a brick wall. You can spend points (earned with missions, level clears, and repeatable banana pick-ups) to outright skip a level that’s stressing you out. I’ve done this a handful of times in the main Story, and I have no regrets. It’s an ideal situation for me in that I can keep my momentum going as long as possible, and then, when I’m good and ready, circle back to hammer out that tough stage I bypassed. Then, assuming I pull off the most basic win with no assists, I’ll go for those optional challenges.

In the older games, I would get as far I could, tap out, and return a few months later to try it all again with a renewed sense of hope. This time, with Banana Mania, there are no real breaks — I just keep playing it every chance I get. The huge level selection helps, too.

I genuinely think I would dig the mission format even if it was just for bragging rights, but I like that there’s a tangible reward with the points-based unlock system. Beyond clothing items, there are alternate characters (don’t tell Kiryu but I’m a Jet main), photo-mode extras, and special modes like Golden Banana Mode, in which you’ve got to collect every pick-up rather than reach the goal. I’ll never get the “all missions” trophy, and that’s okay. 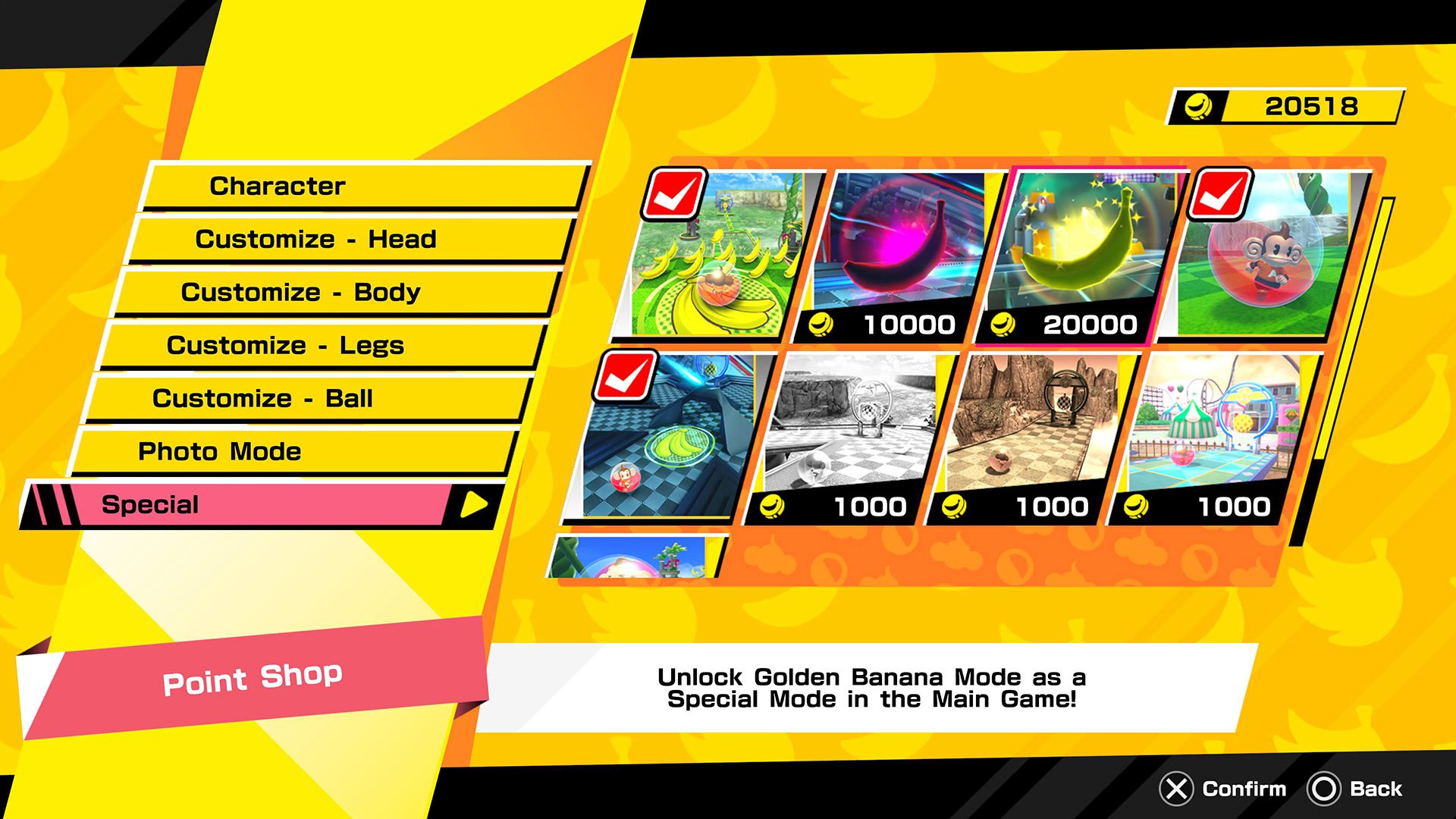 Are there nitpicks, even as a moderately invested fan? Absolutely. Inconsistencies prevent this version from being the inarguable, no-caveat definitive edition. But I’m glad Banana Mania turned out as well as it did. It is mostly good! And while I realize that me droning on about missions isn’t particularly compelling stuff to on-the-fence fans, I wanted to give this element a shout-out — I hadn’t heard anything about it before I started playing.

While I was contemplating holding off for a deal, I waited a whole two weeks before my $40 burned a hole in my pocket. Now I’m making up for lost time. Super Monkey Ball Banana Mania is my obsession, and its missions are a big reason why the feedback loop is so satisfying to me. Monkey Target just ain’t right, but I can accept that trade-off.

(No really, we literally had to look up YouTube videos on how the hell you’re even meant to play this version of Monkey Target. It’s nuanced in a bad way. One pointer: forget your muscle memory from the GameCube version and, while you’re mid-air, push up or down on the left analog stick as lightly as possible. It’ll start to make a bit more sense.)