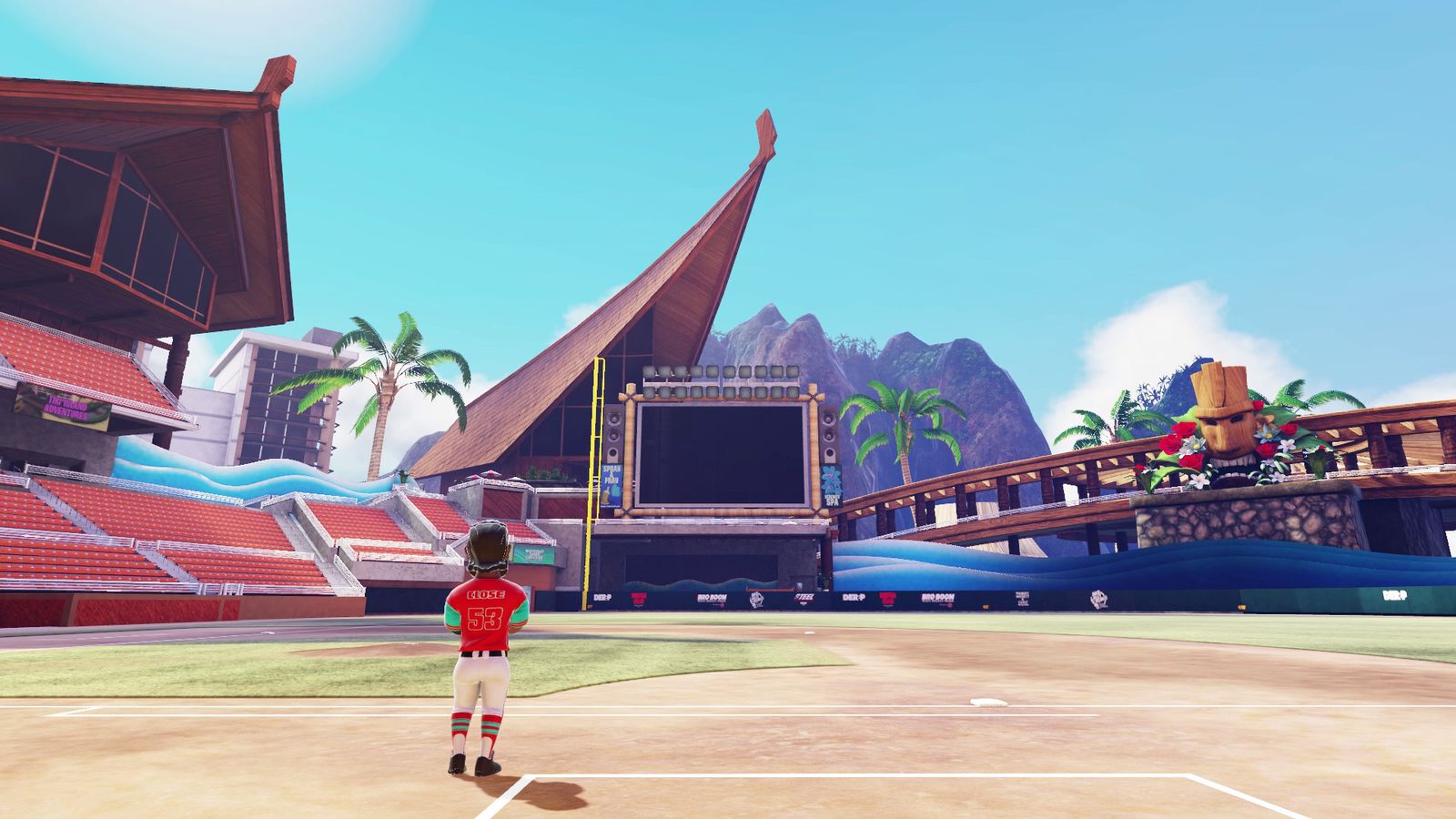 And I looked like an idiot playing it in public

I’ve never been a huge sports gamer. I was in real-life Little League and played high school football, but I just couldn’t get into digital sports. That changed when I went to my friend Travis’s house when I was 14, and he showed me MLB Slugfest. It was a more arcadey take on sports, where you could throw fireballs instead of fastballs and play as Mortal Kombat‘s Scorpion. The little nerd in me was hooked. While Metalhead Software’s Super Mega Baseball 2 isn’t quite so outlandish, it scratches an itch I had forgotten I possessed.

Playing at PSX 2016, I was immediately struck by two things: one, it’s been a long time since I’ve played a baseball game and this is much snappier than I remember, and two, oh God I am awful at this and there is a line of people watching behind me. I started off at bat, enjoying that everything had a distinct feel to it (aiming your swing, timing it, hoping for the best), and then I swung out three times in a row. I’m pretty sure the dude behind me was stepping an inch closer each time I missed a swing, until his hot breath was going down my shirt. Urgh.

When it was my turn to pitch, I was similarly excited by how enjoyable trying to strike out the batters is from the get-go. Curveballs and fastballs were all easy to at least throw, though aiming them and faking out my opponent was decidedly more difficult. After striking out two batters and walking one, I caught a fly ball out and had another chance to bat.

Over an uncomfortably exasperating few minutes, I started getting a feel for it and swung for the fences. Of course, the pop fly was immediately caught and the guy behind me snickered loudly. I don’t know what his name was, so I’m going to call him Jeff. Fuck you, Jeff. I hope you’re proud of your digital baseball skills.

Since I hadn’t played the highly-acclaimed first game in the series, I didn’t realize that the art style has undergone a significant overhaul. It’s still cartoonish, but the people actually look and move like humans now. Brett spoke to Metalhead about its intentions with this last year. I was also assured that the rosters would be filled out with female characters as well, so everyone can live out their deeply personal baseball fantasies, even if they don’t include huge bushy beards.

Other additions include more player customization, better team management, and an actual online mode with seasons, though I imagine I’d spend most of my time with Super Mega Baseball 2 on the couch. It allows up to four players, and you can easily players between batting/baserunning and pitching/fielding. I may not be able to throw fireballs, but I’m ready to rekindle my love for silly digital baseball, especially with the surprisingly tight core gameplay.