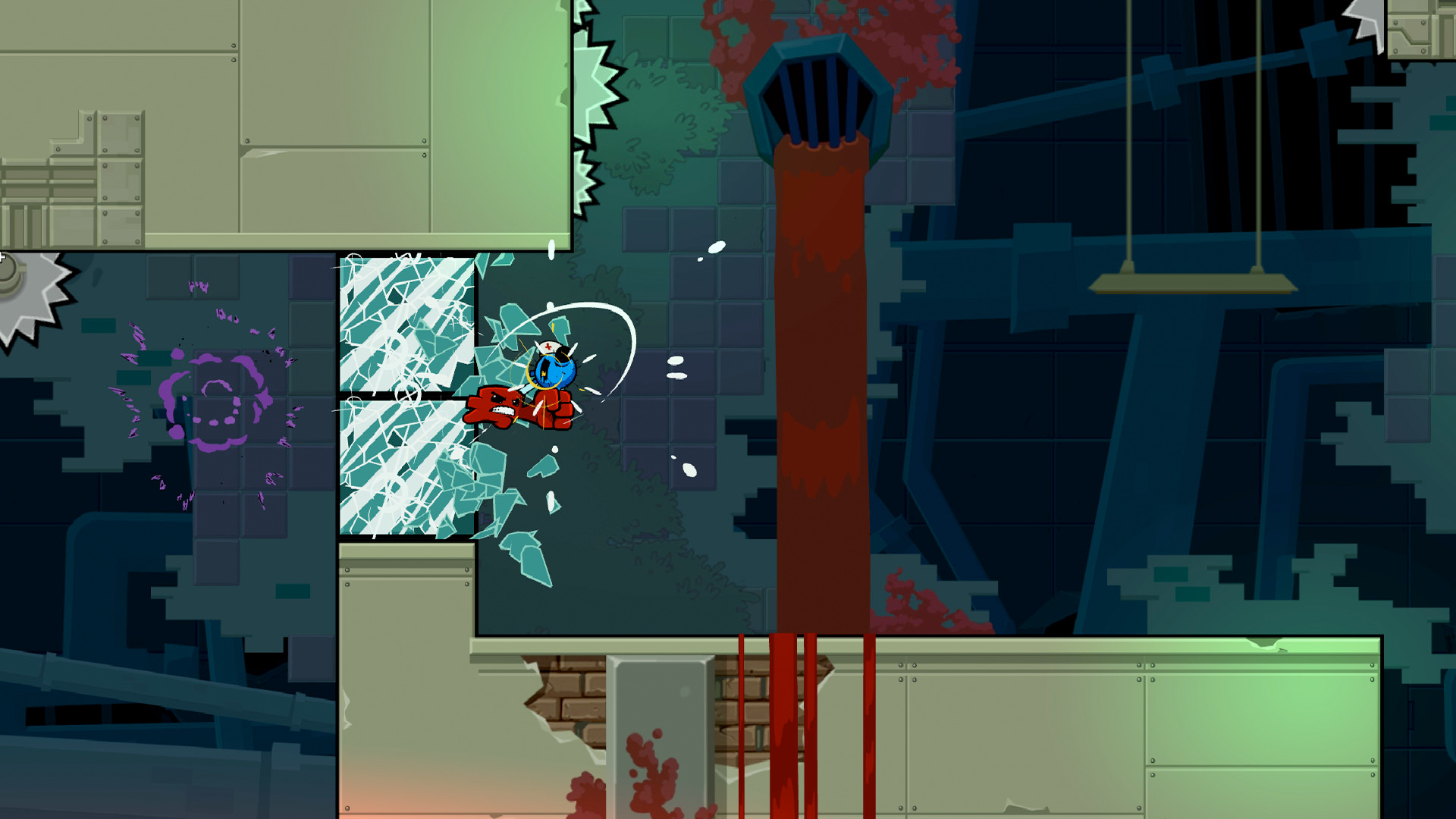 One of my favorite parts of covering expos is watching developers refine their games over the years, especially when it’s smaller projects that blossom into something much more substantial. That’s definitely the case with Super Meat Boy Forever. The game has grown from a neat little spin-off to what now feels like a full-blown sequel. It’s still an auto-runner, but don’t let that scare you off — Forever captures the spirit of Meat Boy through and through. Team Meat is looking to subvert expectations.

We’ve spoken at length about Super Meat Boy Forever, so I’ll try not to retread familiar ground. At PAX West, I played several early levels in an updated build and faced a boss. It feels fantastic. The auto-run format might seem like a simplification, but the platforming is no less intricate or demanding.

You’re still strategically bouncing between walls and dodging swirling sawblades, but now Meat Boy can punch. The move acts as an air-dash of sorts, and you’ll need to make a lot of snap judgments on precisely when to use it to clear obstacles. It will also come up in boss fights, which are less about surviving  and more about, well, fighting. I took on Dr. Fetus in a tank-like contraption with spiky arms.

While I couldn’t quite finish out the fight (it’s still being tuned for difficulty), and it’s better seen than explained, the gist is that you have to hop between the arms and punch weak points on the tank while not getting cut up or falling to your death. It was a proper boss in an auto-runner of all places.

I was also impressed with the elaborate new animated cutscenes. They’re super cute.

It’s easy to imagine Team Meat sticking to its original plans for Super Meat Boy Forever and people liking it just fine as a breather between more ambitious projects. I would’ve been perfectly fine with that too. Instead, we’re getting a thoughtful and worthy follow-up that isn’t just more of the same. It’s okay to be skeptical of some of the changes, but don’t write off this game until you’ve played it for yourself.