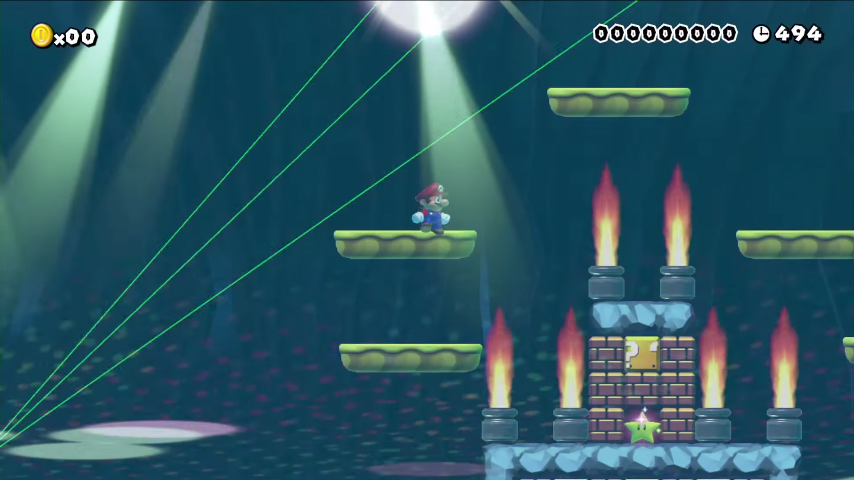 Every time I think I know what to expect out of Super Mario Maker, a new video shows up with a little more information. The video below was just released and I’m having trouble keeping the hype in check. Here’s what’s new to me:

In addition to being able to place objects, level builders can also stick sounds and visual effects into the courses, set to different triggers. (Check out the Mario rave at about 2:30 in the video.) Small sound clips can be recorded, adding even more of a personal touch.

Eventually, the video shows off the rudimentary music composition capability built into the music blocks. My mind immediately went to Mario Paint, and I wasn’t alone in that; the video goes on to demonstrate a composition pulled straight from the SNES title.

Instead of introducing everything all at once, Super Mario Maker is set up to slowly add new tools to play with over the course of several days of play. We won’t be able to recreate everything we have seen right away, but it should keep it from being overwhelming.