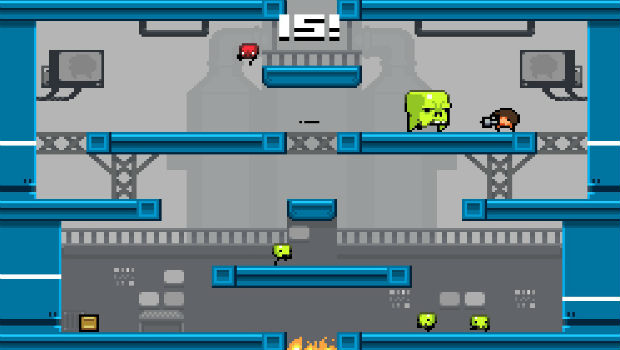 Even though the game has been available on iOS for a few measly dollars, and on PC for free, Super Crate Box has finally hit the Steam ecosystem.

We’ve already ranted and raved about how great the game is, so Steam fans have a lot to be excited about. Interestingly enough, Rami Ismail launched the game last week specifically with a media blackout in mind, just to gauge first week word-of-mouth metrics.

The success of SCB has already been ripped off a few times in the mobile arena, simply because it’s a fun formula that just works, as it entices you to play long or short sessions with equal fervor. For the uninitiated, it’s a juiced up Mario Bros. with incentives to keep you playing for what could quite possibly be the rest of your life.

Note that just because Steam lists it as “free-to-play,” that doesn’t mean the game requires, or has any sort of microtransaction scheme. Phew!