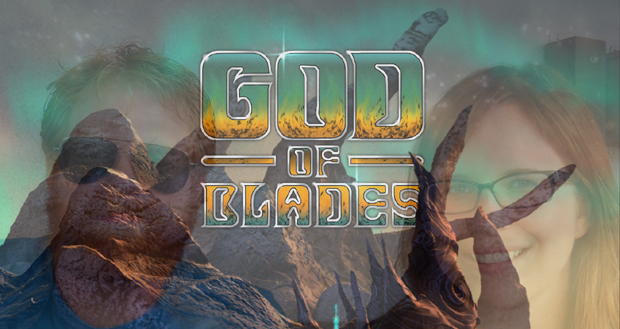 This week on Sup, Holmes we’ll be talking with Jo Lammert and George Royer and of White Whale Games, creators of the iOS fantasy action epic God of Blades. After meeting their humble goal of $4K on Kickstarter, the game has been released for an equally humble price of $.99. Not bad for a title of this size and scope.

We’ll be talking to George and Jo about the planning that went into starting an indie game studio at the dawn of the Kickstarter revolution, how they managed to put out such an expensive looking game with so little capital and for such a low release price, the influence that 70’s album covers and sci-fi novels had on their lives, how they managed to make a name for themselves in the increasingly crowded iOS market, and much more.

Join us at 1pm PST/4pm EST and we’ll show you our sword.