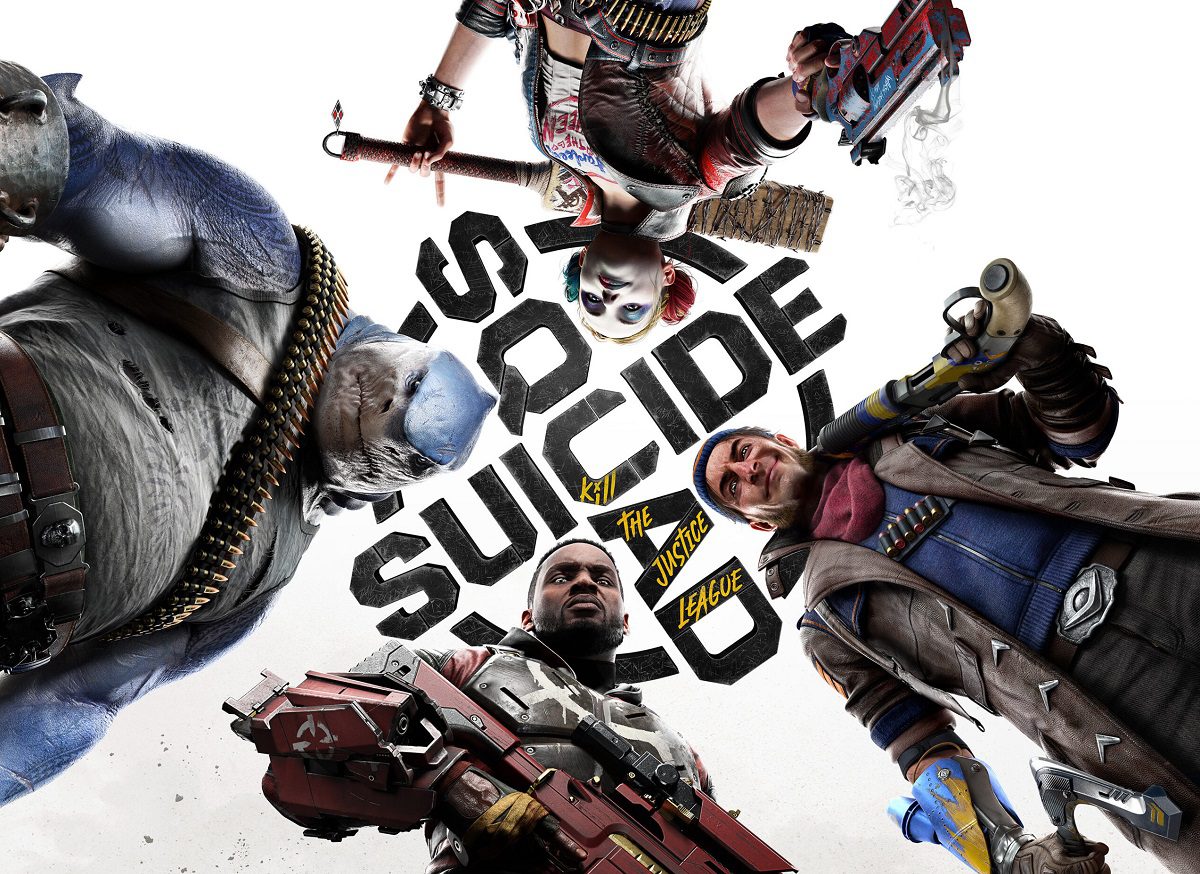 The simple but effective artwork sees the viewer a hapless victim of the posse of rampaging reprobates, as the POV lies flat on its back, looking upward at the colorful but frightening visages of Deadshot, Captain Boomerang, King Shark and, of course, the irrepressible Harleen Quinzel. It seems we’ve come off for the worse in this particular encounter. Time to tap out, methinks… Where’s Peacemaker when you need him?

Described as a “genre-bending action-adventure shooter”, Suicide Squad received an explosive cinematic trailer during E3 2020 before going very dark, as Batman: Arkham veterans Rocksteady continue to chip away at the ambitious game’s development. Exciting news is on the horizon, however, as Warner Bros. has previously stated its intention to release new updates on Suicide Squad during DC FanDome 2021, an upcoming one-day stream packed with updates and info on all manner of DC Comics-related movies, games, and TV shows. So, hopefully, we’ll be getting our first look at Suicide Squad’s gameplay, (as well as a possible release window), in a few weeks’ time.

Look what we have here…
Tune into DC FanDome 10/16 @ 10:00am PT to see more. #DCFanDome #SuicideSquadGame pic.twitter.com/dGreeK4ToO