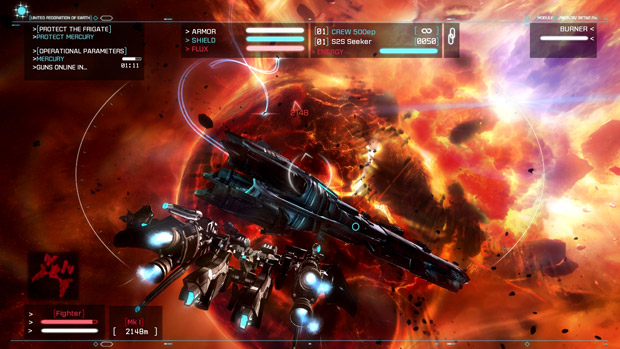 With two weeks left to go

When we last covered Strike Suit Zero, developer Born Ready Games had taken to Kickstarter to garner additional funding that would go toward finishing development of this space combat game. Some of you expressed personal interest in the project — you’ll be pleased to know that the $100,000 goal has indeed been met.

With two weeks remaining, Born Ready has added another stretch goal: Mac and Linux support at $180,000. I’m not entirely sure they will be able to hit that mark, but the $130,000 target for access to mod tools for Strike Suit Zero should be obtainable. The new screenshot shown above has me feeling particularly good about this moving forward.