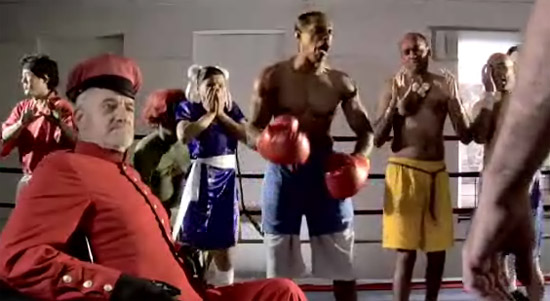 The latest installment of Street Fighter: The Later Years continues right where the cliffhanger ending of episode 6 left off. Best of all, we finally get to see E. Honda — well, his fat anyway.

As the fighters gear up and prepare themselves for the tournament, it’s revealed that fake Ryu (E. Honda) and Blanka are going to go Mortal Kombat all over everybody’s ass in the competition.

While part 7 isn’t as funny as previous episodes, the storyline is moving along nicely and it’s worth checking out. We’re still having difficulty embedding CollegeHumor videos, so you’re just going to have to go here to watch the newest episode of the show.

[Thanks for the heads up, Buster!]