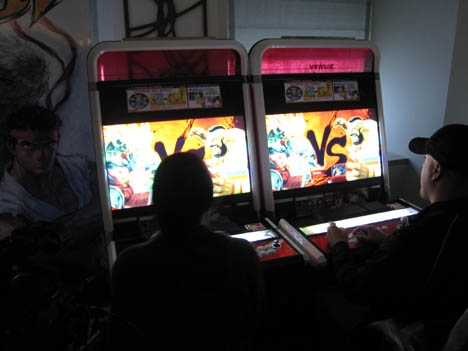 Japanese gamers will get to line up in the muggy Japanese summer heat to finally get their hands on Capcom’s hottest brawler. Well, that is, if they’re already not in line for the location tests. Various Capcom Plaza arcades around Japan will begin testing on the 10th of July, according to Game|Life.

As for us in America, there’s no news yet. I’d bet we hear something soon. In the meantime, Ryu and his newfound crotch bulge will be making appearances in cabinets at the San Diego Comic-Con (July 24-27) and the EVO Finals in Las Vegas (August 8-10).

I can’t wait to get my hands on it again and try out a couple of other characters. What about you? Do you think we’ll see this soon?