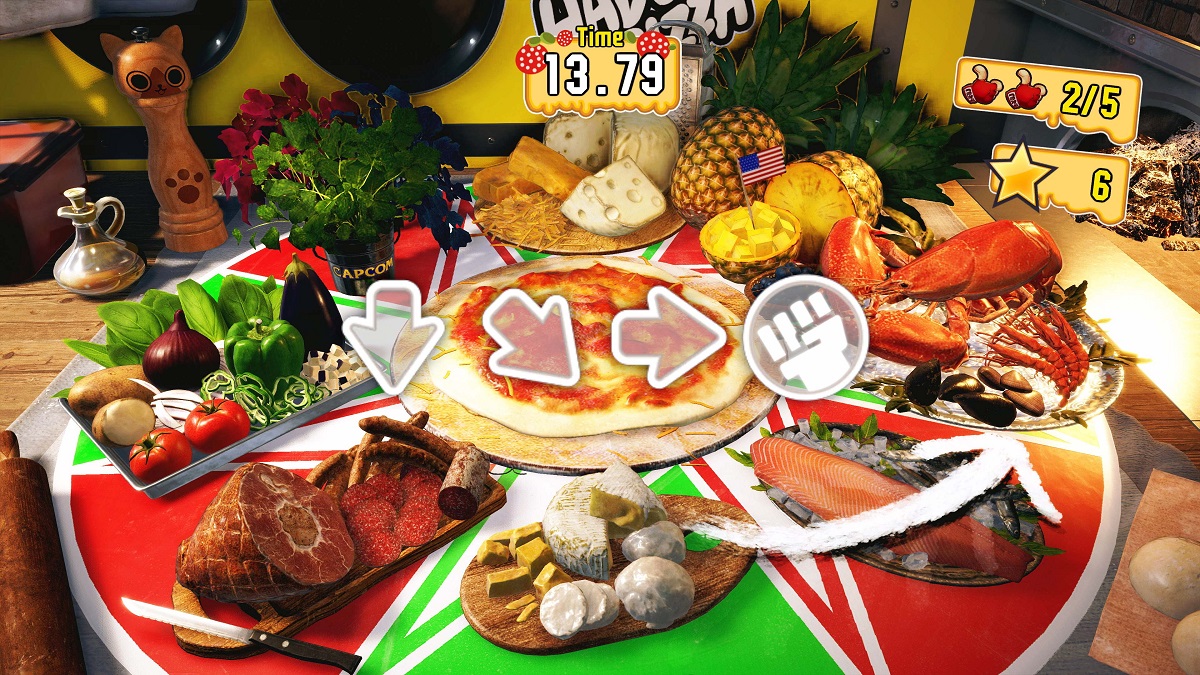 Basketball Parry is back on deck

Breaking noses, chucking Hadokens, and staring at a dancing array of tweety birds is all well and good, but what is a World Warrior to do on their downtime? Capcom’s Street Fighter 6 aims to answer that question, offering a selection of mini-games to enjoy while your shoulder resets.

As glimpsed during last week’s pre-order trailer, Street Fighter 6‘s single-player World Tour mode will see the player’s custom character wandering the Street Fighter universe — training with Luke, chowing down with Honda, and asking Juri if you can get together for a quality nail-painting session. And, as you progress on your path to street fighting enlightenment, you can boost your stats and skills via a selection of particularly silly activities.

We all need a break from the fight sometimes. 🍲

Enjoy a host of minigames in World Tour, like karate-chopping bottles and enjoying Italian cuisine. See how high a score you can get! pic.twitter.com/qeMmCViT4M

In the new trailer, we saw several of these mini-games in action, including an exhibition of board-breaking, (which devotees will recognize from the original Street Fighter), an all-you-can-eat feast of fun, some Art of Fighting-style beer-bottle slicing, and the return of Street Fighter III‘s challenging basketball parry bonus round… Still no sign of Sean though. Will the kid ever get to make his grand comeback?

These mini-games will help boost your custom character’s stats as they progress through World Tour mode, and no doubt there will also be high-score challenges and perhaps even leaderboards for the side activities. It is another way in which Capcom hopes to win over players of all abilities and interests while making amends for the sorely lacking launch of 2016’s Street Fighter V.

The big question remains… Will you be able to smash up a car with your bare hands? I’m counting on it.

Street Fighter 6 launches 2023 on PlayStation, PC, and Xbox platforms. For further reading, check out the 50 things I loved in the beta, the leaked character roster, our Do’s and Do Not Do’s, the new theme song, and our look at some specific characters including Jamie & Luke, Manon, and Marisa.