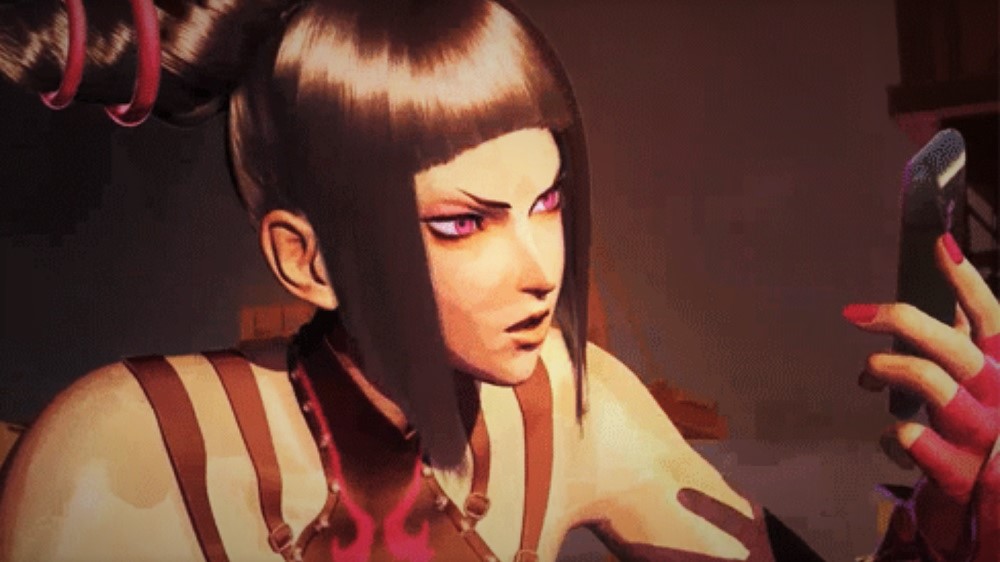 Open up defense face-to-face? In this economy?

Street Fighter 6 fans have been delving into all of the tidbits of tech coming out of Japan Expo 2022 this weekend — which offered attendees the opportunity to get their hands on an early build of the exciting-looking fighting sequel. And, in just a few days, Twitter has been abuzz with some potential tech.

Before the show doors had barely opened, we already received footage of Luke’s abominable Popeye-dancing, essentially confirming Perfect Round win poses would be making their return to the series. This fun little note was followed up with some far more integral hits ‘n’ misses, such as the return of Ryu’s dominant cr MK, which was last since dropping fools in Street Fighter III.

But that was just the tip of the iceberg. As several exhibition matches were held by Capcom live on stream, players were pulling out all sorts of cool-looking mechanics. Popular FGC veteran HiFight spotted a spin-out juggle, as new kid Luke countered Ryu’s mighty Tatsu, before following up with a dash punch in DP before the Street Fighter hero has even hit the floor. It remains to be seen what exact circumstances cause the spin-out. Maybe it’s just Drive Impact anti-airs? Such as in this example.

During another exhibition match, fight fan NurseLee spotted an instance where Ryu lands a perfectly timed HK Punish Counter on Chun-Li, putting the latter in a crumple state. This instance appears to be sort of a Crush Counter/Focus Attack hybrid, with the impact of the former and the result of the latter. Ryu is then able to dash in for a follow-up Tatsu.

In another clip, we see that Street Fighter 6 is re-evaluating its projectile and zoning game. Amidst some frankly lovely special effects, Chun-Li’s EX Kikoken is able to swallow up Luke’s Sand Blaster, and then still land two hits on impact. As noted in NurseLee’s comparison, the Kikoken, despite being EX, does not appear to cause knockdown as in Street Fighter IV. It seems a fair suggestion that the tougher projectile mechanics are aiming to add a deeper level of strategy to zoner battles — perhaps encouraging parry responses over standard blocking or jumping into a baited DP.

Perhaps one of the biggest revelations of the weekend, however, comes from the apparent removal of Corner Cross-ups. In layman’s terms, this means that a cornered opponent can no longer be jumped over by the aggressor, requiring the attacker to open up the wall-backed foe from the front, unable to leap over them to cause further confusion (at the risk of cornering themselves). A later clip, however, suggests that corner cross-ups may still work on downed opponents, but not standing ones.

Several 2D/2.5D fighting games already deny corner cross-ups — DNF Duel and Guilty Gear Strive, for example — but this will be the first time in some years that the option has been pulled from Street Fighter. Honestly, corner cross-ups are a risky tactic, but I have built up a habit of using them, so I’m gonna have to get my adaptation on when I get my time in the ring.

SF6: The Corner, No More Cross Ups!
– HUGE CHANGE for Street Fighter.
Shout outs to @MistahCrimson, @Louffy086, @TheStreetWriter, and the rest of the Stream Crew for the SF6 Exhibition gameplay.????????????
#SF6 #StreetFighter6 pic.twitter.com/v9meAbPLv5

Of course, it goes without saying that this is a very early build of Street Fighter 6, and as such any and all mechanics are still “on the table,” so to speak. Capcom will no doubt be listening to feedback from both professional and amateur players in the coming weeks and months, fine-tuning all elements of the gameplay ahead of its official release in early 2023. Before then, we can expect to see SF6 at other expos and tournament events, so it will be exciting to see what other revelations come down the pipe.

Street Fighter 6 launches on PlayStation, PC, and Xbox in 2023. In the meantime, check out our previous reports on the leaked character roster, our thoughts on new heroes Luke and Jamie, a look at the sequel’s intriguing new mechanics, and some of the new character themes.