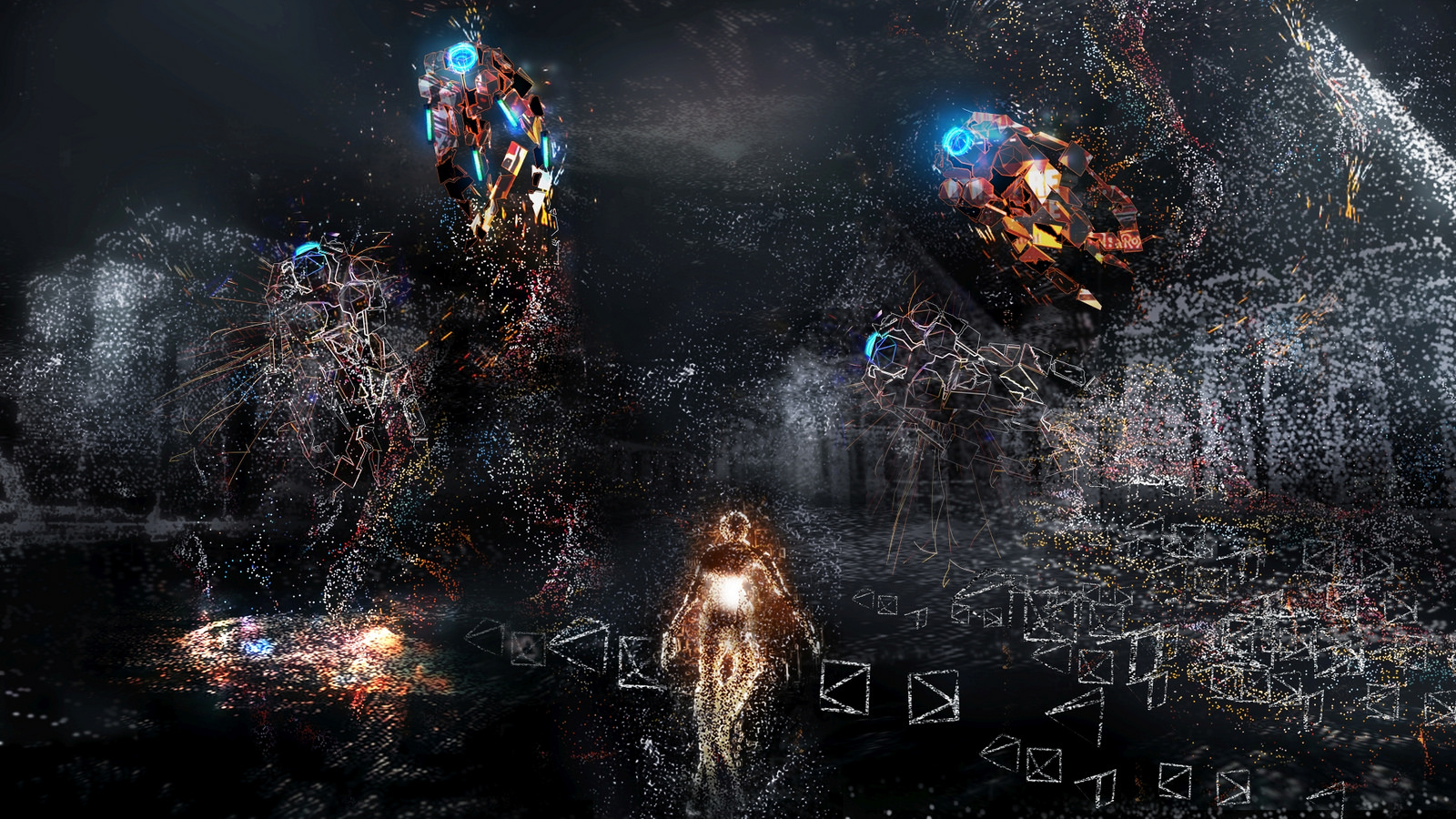 Few games have had that “wow” moment impact on me in the first few seconds of gameplay than Rez. It hooked me immediately, and I can’t wait for the PlayStation VR enabled Rez Infinite.

Against the backdrop of GDC and the rise of VR, the team shared some inspirations with the PlayStation Blog, noting the attempt to achieve synesthesia and influences from games like Xevious. The game itself will be available on PS4 and PSVR, with 1080p visuals and remixed sound that takes the 3D effect into account. The team also reminds us that any screens so far (including the one above) is concept art, and not actual in-game shots.

Sidebar: did anyone else love Child of Eden? I felt like it was downplayed because of the stigma attached to the Kinect, but I still go back and play it to this day.

The Inspirations of Rez Infinite on PlayStation VR [PlayStation Blog]