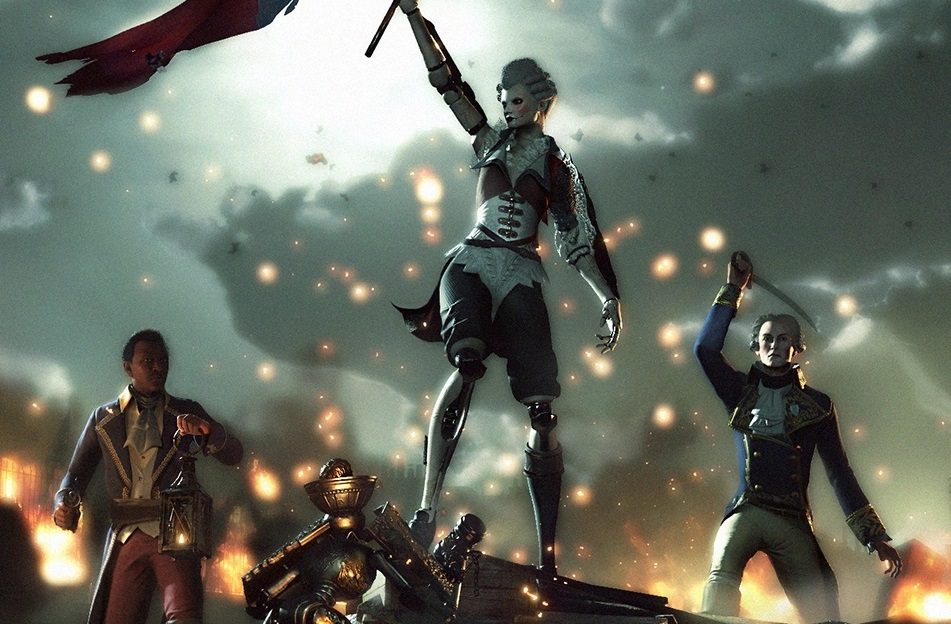 Rise of the Robots

Set against the backdrop of an alternate French Revolution, Steelrising sees Aegis, one of the few hopes for the citizens of Paris, engage in heavy metal warfare with the automated armies of King Louis XVI. This first gameplay trailer sees Aegis in battle with several different opponents, with a deliberately paced combat style slightly reminiscent of a Souls title — complete with a variety of weapons, long wind-up animations, and both ranged and up-close-and-personal combat styles.

I’m very much looking forward to Steelrising, and I’m digging its concepts and visual style, but I will readily admit that the animation in this gameplay trailer looks a little rough around the edges. Still, with around a year to go until release, work is no doubt set to continue over the coming months, ready for that fated day when we scale the walls of Paris with tattered flags and spilled cans of WD-40. Just make sure that your battery is fully charged, or things could get pretty embarrassing.