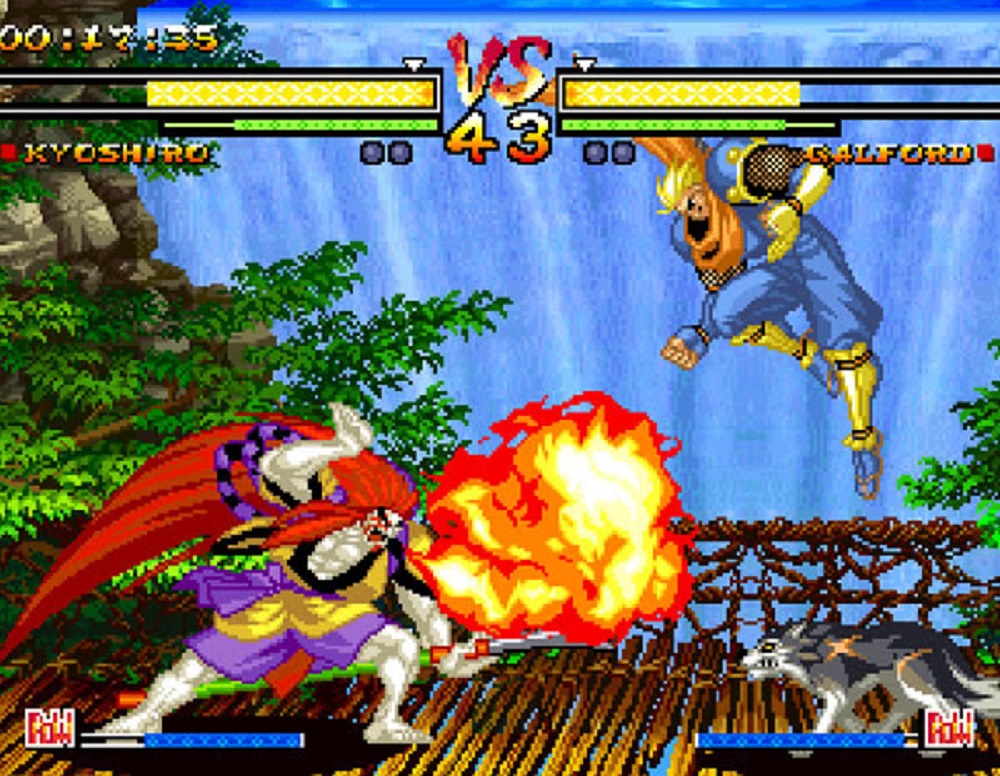 Fighting prequel from the final days of the Neo Geo

This week sees Hamster continue in their efforts to bring all the classic SNK titles to modern platforms, with one-on-one fighter Samurai Shodown V returning on PS4, Xbox One and Nintendo Switch.

Originally releasing in 2003, Samurai Shodown V was one of the very last releases on the Neo Geo platform, and was also made available on PS2 and Xbox. Set prior to the events of all previous series’ entries, SamSho V includes a variety of new and classic characters, to make a whopping cast of 24 combatants, with the Japanese edition featuring fully voiced cutscenes.

Unfortunately, despite this, SamSho V is considered one of the series’ weakest entries, with a lack of inspiration in its design and simplistic animation in the new warriors. This was a sombre portent for future SNK titles, as costs were cut as the company struggled with serious financial issues. The game was eventually re-released as Samurai Shodown V Special, with more characters and a redesigned audio/visual aesthetic. This would prove to be the final Neo Geo release.

Still, for the curious or completionists, Samurai Shodown V is available for download now on PS4 in Japan and on Xbox One and Nintendo Switch worldwide.