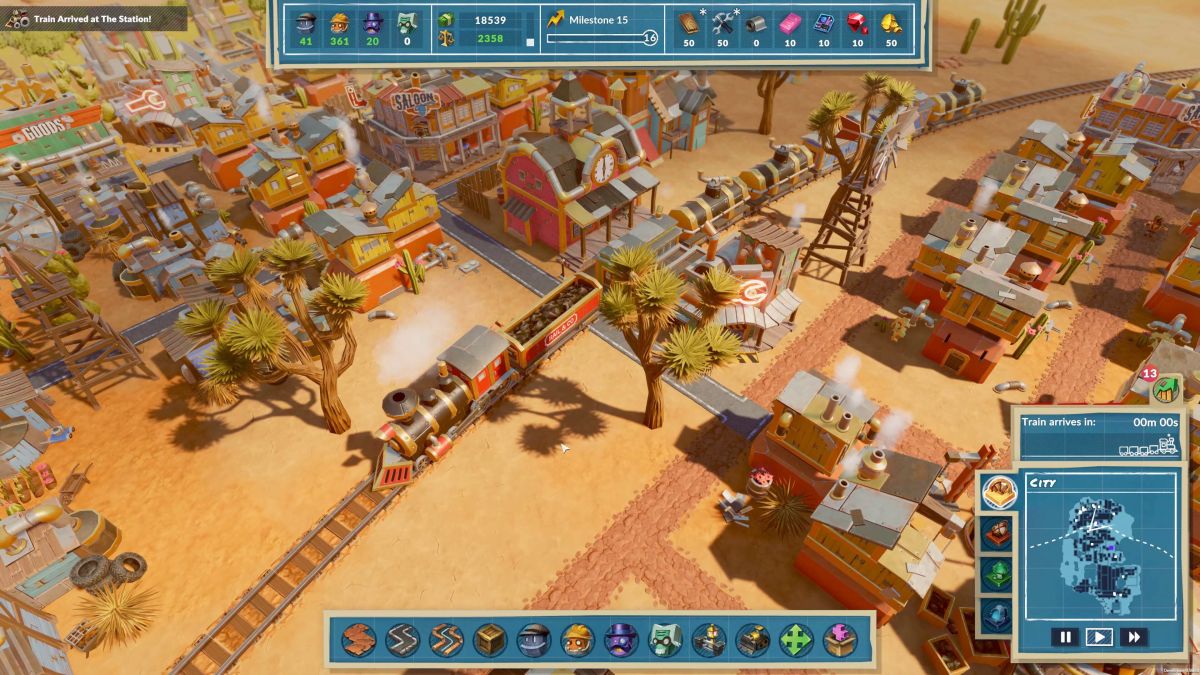 A demo is also out right now

The SteamWorld team is setting its sights on the big city. SteamWorld Build is the newest game set in the SteamWorld setting, arriving in 2023 for PC and consoles.

Announced during today’s SteamWorld Telegraph, SteamWorld Build is a city builder set in the same universe that’s tied together all of Thunderful’s steam-powered games.

The new city builder will see you become the architect of your own mining town, excavating the ground beneath and building a town up top. The overall goal is to dig deeper, unearth the goodies, and ultimately escape the planet.

It looks similar to games like Dungeon Keeper or Dwarf Fortress, where you’re balancing building a world and digging deeper with the impending dangers surrounding you. There are caves to explore, five different SteamWorld-inspired maps with secrets, and it will be controllable with either controller or mouse and keyboard.

If you want to try it out for yourself, you can do so right now too. A demo for SteamWorld Build is live right now as part of the Steam Base Builder Fest, running Jan. 23 through Jan. 30, so you can give this game a shot.

The wide, wide world of Steam

Even if city builders aren’t your style, there’s more SteamWorld games on the way too. While the team wouldn’t go into specifics, Thunderful’s Brjann Sigurgeirsson confirms there are four SteamWorld games currently in development. The team didn’t discuss what those games were, but hey, that’s a lot of SteamWorld.

As for SteamWorld Build, no firm date has been set yet but it is planned for both PC and console sometime this year. With a demo already available, I’m personally hoping that’s sooner rather than later, as I could go for a good city builder with the wonderful theming that SteamWorld frequently gets right.