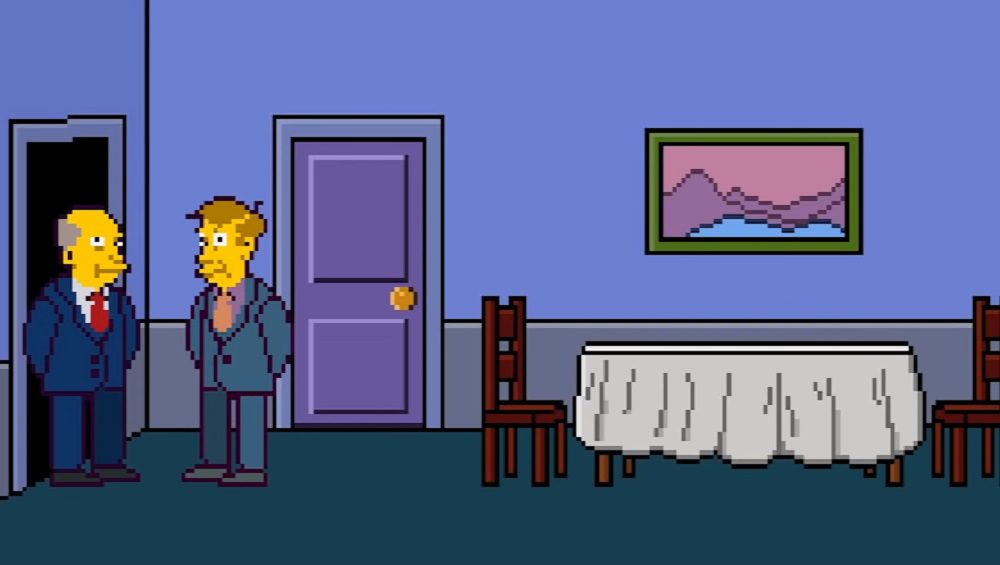 Good lord what is happening in there

If you’ve ever wanted to play a Steamed Hams game, now is your chance. Modder NeoDement has created a free adventure romp for everyone to enjoy.

Described as an “interactive experience,” this short Steamed Hams adventure game recreates the famous scene from The Simpsons, with limited controls (walk, open, close, give, pick up), and visuals that are picture-perfect from that era. From the actual “exploration” elements to the cutscenes (like when Chalmers is yelling at Skinner), it takes me back to classics like Full Throttle.

The Steamed Hams game reminds me of one of the most wholesome bits of the industry. A simple experience that people can just download and enjoy on a rainy afternoon. I’d love to see a fully-fledged version take this to the next level, akin to Virtual Springfield. You could wander into all sorts of scenes like this across the town, with dialogue taken straight from the series’ long history. Or even just an homage to 22 Short Films About Springfield!

With Telltale kind of maybe making a comeback, there’s hope for another resurgence of the genre, at least in terms of tapping into the zeitgeist once again. It’s crazy to think back to a decade ago when Telltale was riding high with The Walking Dead, winning awards, and taking things slower. Then they just kind of ramped up and started pumping out so many games of varying quality (with pushed episodic release dates) that things went out of control. Maybe they can get back to a reasonable, crunch-free cadence and sprinkle in adventures going forward. I’d love to see the genre thrive as so many other publishers transition to live service factories.

I mean, we already have a predatory live service Simpsons game! I guess I shouldn’t be giving Disney any ideas.