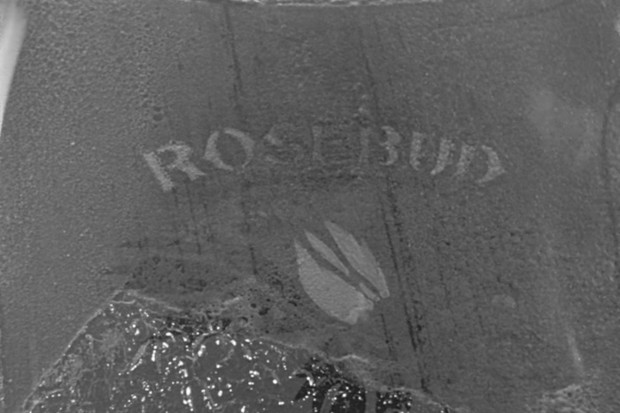 This post may contain spoilers of spoilers and nautical navigation.

Gamers are like horseflies. They’re drawn to sh*t. Just as the horsefly seeks out the stinkiest, most putrid piles of crap in which to lay their eggs, gamers seek out the most ridiculous, embarrassing topics to roll around in like a proverbial pile of mind feces, diving in headfirst as if they’re Scrooge McDuck going for an afternoon swim in his money bin.

This is nothing new to the sane gamers here, but there’s still one thing that has the power to get nearly all of us riled. It’s not dedicated servers or any other recent debate, sane or not. It’s something far more Keyser Soze, if you’ll allow me the indulgence of using a proper noun as an adjective.

It’s the plague of the spoilers, which seem to be coming like a swarm of locusts lately, filling your favorite social network with angry posts and warnings not to watch videos or use any of those Internets. But are spoilers really that bad, and why do they seem like a far more troubling problem in games than any other storytelling medium? It’s because we’re too damn neurotic. If you want to sail the seas, but you don’t want to get wet, you’d better learn the fine art of staying below the poop deck.

Think back to the last major film spoiler that you experienced. If you’re anything like me, you can’t actually remember one. Sure, CNN spoiled an episode of House for basically the entire country, but aside from that, nothing much comes to my mind. And no one liked Kutner anyway. He’s got the expressiveness of Nicolas Cage and the likability of a radroach.

The last gaming spoiler, however, is probably much fresher in your memory. Perhaps it was even just this week. A particular level in the new Modern Warfare? Something related to Dragon Age? True story: while writing this paragraph, someone “spoiled” something for me in Gchat. They seem to be an unavoidable no matter what you do. When faced with a sea of spoilers, what do we do to remain among the ignorant for as long as we want to?

The reality is that people like us can’t do much. We are part of a site that discusses videogames. A presence here mixed with an expectation of avoiding all spoilers is truly like suggesting a nice dip in the Atlantic Ocean without the expectation of getting wet. There’s no way.

Unless, of course, there is. The ancient world realized that walking took too damn much effort, and swimming was even worse, so why not build a boat? It does all of the floating and moving for you, and you stay dry up until the point that you vomit down the front of yourself.

Avoiding spoilers in gaming is much the same, only with less regurgitation. “Building a boat,” in this insanely stretched metaphor, has to do with learning to navigate and staying afloat.

The stars serve as guides for navigators even today, allowing a sea captain to know the direction that he’s heading even if no other clues are present. Similarly, gamers need to be aware of the navigational clues that will allow them to avoid spoilers if they choose to do so. Much of this is not a matter of expecting others to do the work for you. People are probably going to discuss the story in the official thread of this year’s biggest game, and if you aren’t expecting this to happen, you’re kind of a lame duck. No matter what, someone’s going to say something that you haven’t learned yet, and they may or may not realize that this could be a spoiler for you.

So, if spoilers are that atrociously damaging to your enjoyment of a game, consider how you navigate the Internet. Even sailors must deal with the occasionally wave that crashes against the hull, sending a fine mist of seawater onto the deck. You’re going to have minor things spoiled for you, and if you’re not prepared to have that happen, then maybe clicking on that gameplay video or reading that latest preview isn’t the greatest idea.

Staying afloat is simply a matter of your attitude, not letting the occasional spoiler fill your lungs and deprive you of oxygen. It’s a matter of attitude here; not every spoiler needs to be fuel for your nerd rage. I recently made a satirical Twitter post about how upset I was about learning the massive “spoiler” contained in this whole Modern Warfare 2 terrorist debate. And you know what? People thought I was 100% serious.

It speaks to just how overboard people go when it comes to spoilers. Unlike films, we consider settings, weapons, character appearances, and the most minor of game design elements to be spoilers. We wouldn’t get angry at a trailer for Iron Man II because it shows Iron Man in a public restroom, would we? Then why get pissed when a game reveals a new level in a game? I acknowledge that there’s a sense of wanting the game to be totally fresh, but there’s an even larger disconnect here in that games involve interactivity, whereas movies do not. Even if we see a gameplay video of a new level, we don’t have the experience of playing it yet. We have no idea what that’s going to be like unless we sit through the whole thing, which would just be stupid.

For instance, did anyone get pissed at Uncharted 2 for revealing the falling train section so early? If you ask me, it’s the most thrilling part of the game (which the developers seemed to realize since they make you play the damn thing twice), yet it’s also present everywhere in the coverage of the game—even on magazine covers. Oh, spoilers, by the way.

The benefit we gamers have is that we get to experience something in a way that’s deeper than just the look of a film or the plot contained in a book. We may learn that Drake dies at the end of Uncharted 2 (he doesn’t, it’s just a spoiler-free example of a spoiler, which is totally anti-meta), and, yes, this would suck a bit. But we also have an entire game to play through before this event — plenty more to learn, and many reasons to become attached to this character that we’ve inhabited for however many hours. How much, then, is the impact of this changed by the fact that we know it’s coming? Somewhat, I concede, but it’s not the enjoyment-ruining work of the devil himself that some make it out to be.

So, should we start throwing spoilers around like water chestnuts in a cheap Chinese restaurant’s poor excuse for moo goo gai pan*? Absolutely not. The desire to avoid spoilers is a good thing, as anything that could potentially increase a person’s enjoyment of a game is a worthy pursuit indeed. But I think a paradigm shift in the way that we react to those inevitable spoilers would do us a lot of good. It may not be easy, and we may still want to rage a little, but over time, we might be able to learn to accept spoilers when they do happen, and simply avoid them whenever possible.

*this is the most ridiculous comparison I have ever made.