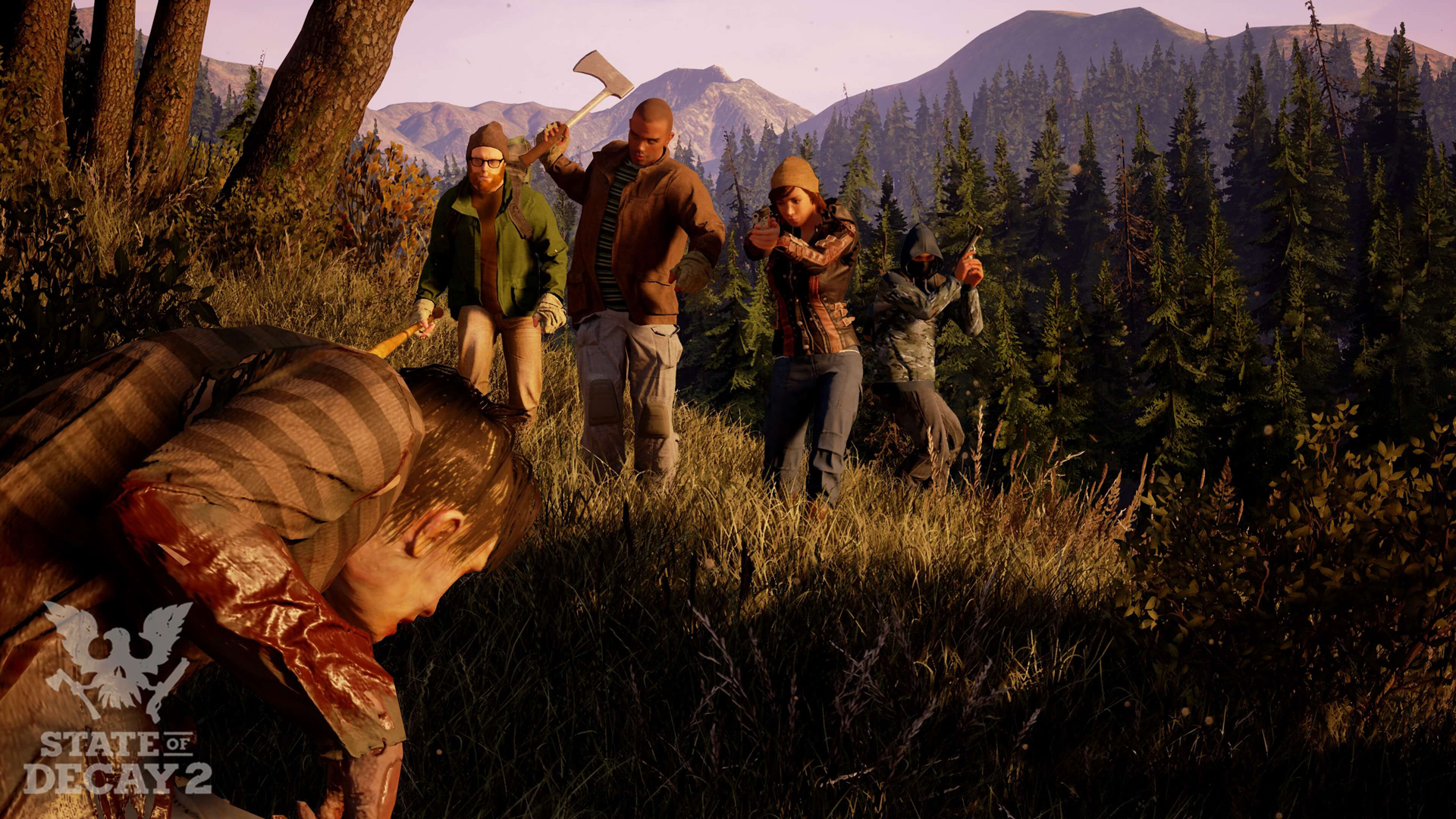 More polish and co-op is all I really needed

State of Decay was one of those games that quickly had me wishing for a sequel.

Undead Labs was onto something with its base-building undead-survival title. The idea? Terrific. Roaming for food and ammo, picking up survivors, building out a base for your fledgling community, and inevitably suffering at the cruel hands of permadeath checked a lot of boxes for a lot of people. The execution, though? Uneven. Under-polished. Probably too ambitious for its own good. But State of Decay did enough right that it resonated, and now we’re getting another one. Heck yes.

I wasn’t able to play State of Decay 2 at E3, but a hands-off, “unscripted” demo with Undead Labs was enough to tell me that the sequel is gonna go over well. It’s a second chance for a game design that truly deserved a second chance. It’s better-looking, more fully realized. And there’s four-player co-op.

The demo involved a survivor group that wasn’t bringing in enough food. One option would’ve been to leave the safe haven to scour buildings for snacks, but instead, the demo-giver went looking for seeds at a gardening store, hoping to come home with a longer-term solution to their current overpopulation problem. It went well enough. They drove over wandering undead, got the precious seeds, stumbled on a police station (which they then turned into an outpost for easy access to supplies in town), and made it back without losing anyone. So far, so good.

But constructing a garden back at the base made too much noise alongside everything else the group was working on, and that caught the horde’s attention. A whole buncha zombies rolled up, including one of the more-powerful “Freak” variants, a big fat tank-type guy who ripped a survivor apart because he got a bit too ambitious with his wild, repeated melee strikes and didn’t stop to take a stamina-replenishing breather. RIP, Matt. You were one of the good ones. You will be missed.

Zombies aren’t the only concern, of course. You’ll have to worry about morale and getting enough beds for your people, too. I love that stuff. Still do. But now there’s much more fluid animation, better gunplay, some rethought design decisions informed by player feedback, and, again, online co-op. That alone is a huge addition to this type of game. What has me worried? Not a whole lot, at least at this far-off point. From what I saw, the big question mark is performance. It wasn’t bad bad, but it wasn’t consistent, either.

State of Decay 2 isn’t coming out until spring 2018 for Xbox One and Windows 10. If it runs better by then, great. If it doesn’t, I’m likely still playing this on day one. I’m also curious about the endgame — your goal is to have a “lasting impact” on the world with your community, but Undead wouldn’t say more. There are unanswered questions still, but things seem on-track.

Filed under... #cooperative#E3#State of Decay 2